You are here: Home / Featured / The 7 Amazing Wonders Your Body is Capable of

The 7 Amazing Wonders Your Body is Capable of 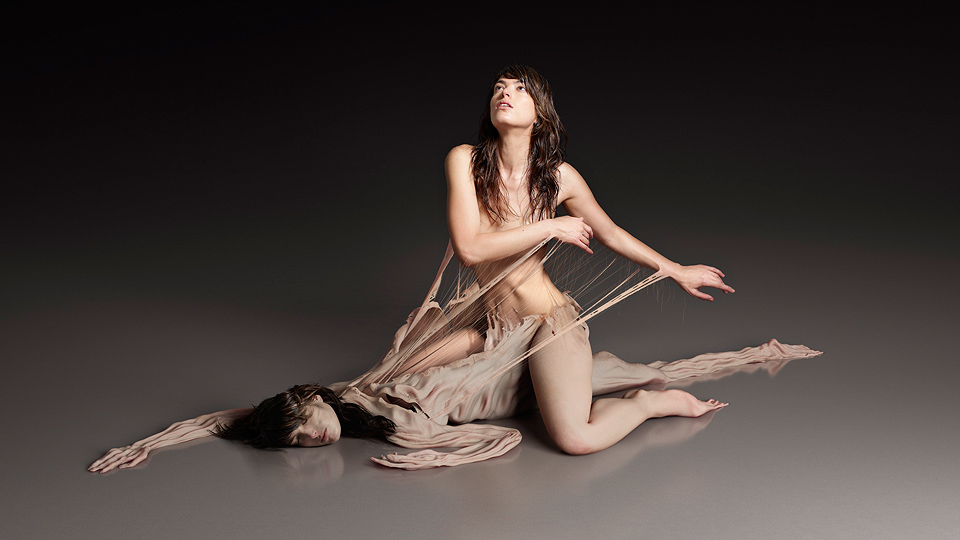 The universe is filled with wondrous mysteries, but none more so than those found within our own bodies. Within each of us lies the potential to dissolve razor blades, regenerate limbs, live over 100 years, lift a two-ton vehicle, and fall from a 47 story building and live to tell about it.

Would you like to know what else can your body do? 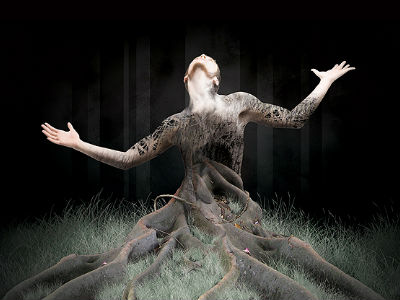 In the time it takes you to read this sentence, your body will have lost and replaced over 50,000 cells. The body is one of the most promising, yet relatively untapped sources of internal medicine. For example, if a cancer patient loses two-thirds of their liver, it will regenerate the lost/damaged portion within four to six weeks. Tonsils have also been known to grow back, as have a few gallbladders. However, generally speaking, the human body’s regenerative capabilities are fairly limited until given a slight nudge by science. By funneling regenerative cells (stem cells) to areas of the body where they are most needed, doctors have been able to regrow skin, severed fingers, heart arteries, and even spinal cord tissue.

The way it works is a “purpose-designed” material is applied or injected to injured areas of the body, signaling regenerative cells to rebuild the lost or damaged tissue. This is, after all, what these cells were programmed to do. The only difference is this material allows them to assimilate into much larger teams to accomplish more amazing feats of healing. A severed fingertip can currently be fully regenerated in about 4 weeks using this technology. The future of organ transplants will most likely entail shipping cells off to a laboratory where new organs and body parts will be grown to save our lives. In a sense, your own body will become your best ally to good health.

Your Heart is Strong Enough to Power a Dump Truck

The average person’s 11-ounce heart will pump one million gallons of blood in their lifetime, which is enough to fill over 200 fuel trucks. The heart is a muscular organ, which contracts an average of 72 times per minute, 100,000 times per day, and 3.6 million times per year. Some researchers estimate the warranty of the human heart at 2.5 billion pumps (70 years), but others claim it’s capable of pumping well over 100 years. It’s not the heart that fails typically, but its valves, arteries, and surrounding organs.

The aorta, the largest artery in the body (approximately the size of a garden hose), builds up enough pressure during each heartbeat to shoot a stream of blood 30 feet into the air. To accomplish such pressure requires the heart to flex with the same muscular force as squeezing a tennis ball. You might think the heart would eventually tire itself out at this rate, but it is actually propelled by enough energy stores every day to power a dump truck for 20 miles. 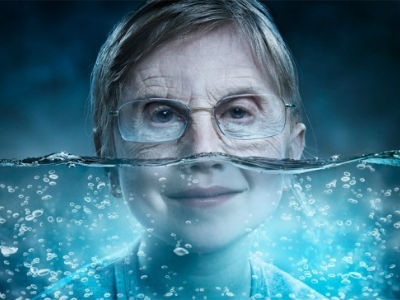 The search for a fountain of youth has gone on for centuries, but what the ancients did not realize is the answer may very well reside in our own body. It is truly amazing how the body can repair and rebuild itself, yet it is this very mechanism that replaces our body’s cells with deteriorated copies, signifying the ongoing process of old age. Brooke Greenberg, a 16-year-old who appears to have been frozen in time since her fourth birthday, suffers from a condition doctors classify as Syndrome X. Brooke currently stands only 30 inches and weighs only 30 pounds, but researchers think her genetic print may hold the key to one day understanding the aging process, and how to control it.

Scientists have also discovered a process called transdifferentiation, which refers to the body’s cells perpetuating in their adolescent stage, rather than going through the normal process of deterioration. Theoretically, this would allow almost any specimen to become immortal, by reverting back to adolescents once it reaches maturity. Beyond the ideas of genetic mutation, researchers suggest 15 percent of the world’s population should be living to age 100. What’s picking the majority of us off? Accidents, disease, wars, and poor choices (smoking, diet, etc). Since the 1930’s we’ve known human life could be extended by 40 percent (100+), but we would have to reduce our daily food intake by 30 percent. Researchers soon realized that feat would prove more difficult than just inventing a pill.

The human digestive system is quite amazing. Its hydrochloric acid content is strong enough to break down food, destroy viruses/bacteria, and even dissolve razor blades if left in the stomach long enough. Some people wonder if perhaps voluntarily vomiting on a pair of handcuffs could weaken the steel enough to break free over the course of weeks, but alas, the stomach’s pH of 2 may be strong enough to dissolve zinc alloy (razor blades), but not steel.

To resist the possibility of digesting itself, the stomach replaces its damaged lining every three days, constantly regenerating new tissue behind the damaged and dying cells. The lining itself is coated with thick mucus, providing an effective barrier from its own acid. Only a few strains of bacteria can resist the harsh environment provided by the stomach, and these are known as acidophiles (E. Coli).

You Have the Potential to Lift a 3,000 Pound Vehicle – Without Training 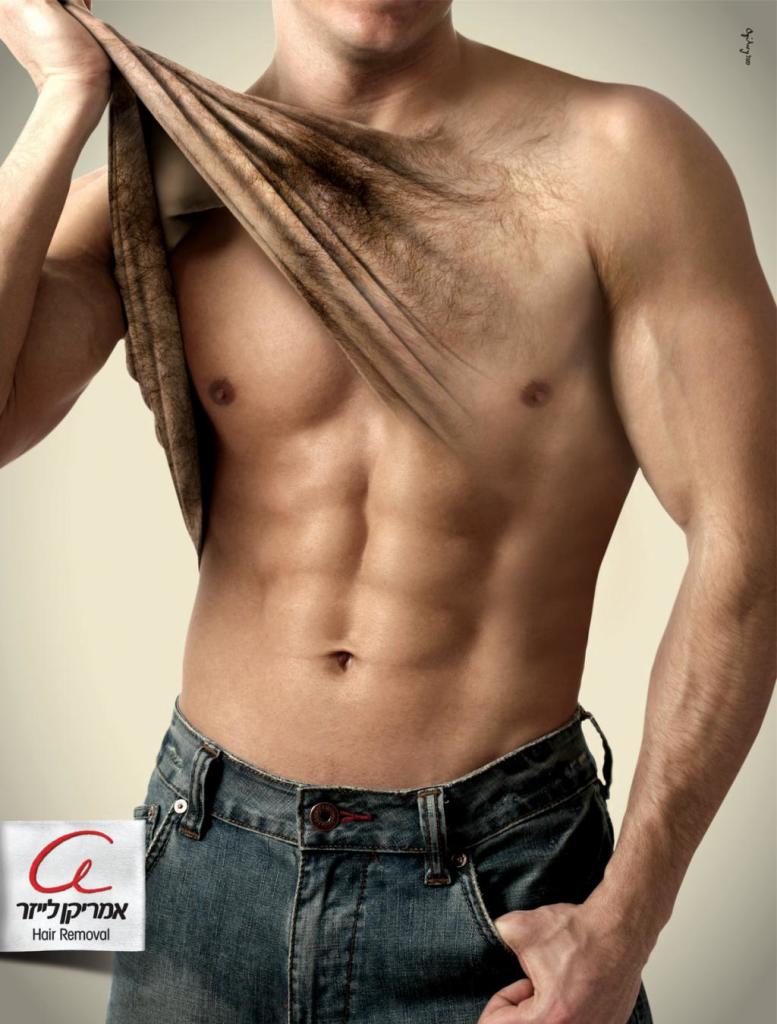 Long have fables been passed around the campfire about people with superhuman strength. If you look at some of the stories in the news, you begin to wonder if these aren’t fables at all, but true accounts of people forced to the mercy of an adrenaline rush. A woman by the name of, Angela Cavela, ran to her son who was trapped underneath a 3,000 pound Chevrolet Impala after being knocked from its jack stands. She lifted the car high enough for neighbors to replace the stands and pull her son to safety. Perhaps a more common example of super strength is the contraction of arm muscles after electrocution, which has been known to propel a human body across a room. While science refuses to recognize the phenomenon of adrenaline-induced superhuman strength, they also can’t deny it’s a possibility.

The problem with studying the phenomenon of superhuman strength is that reproducing the fear necessary to display it in a clinical setting would be unethical. Research suggests adrenaline does produce quick bursts of strength for short durations of time. The theory goes, we only use a small percentage of our muscles capability for day to day tasks, but we also have a certain amount of super-strength reserved for emergencies. Why wouldn’t we want superhuman strength all the time? For the same reason, you wouldn’t want to run your car at its maximum rpm. Not only would such strength zap energy from other important processes in the body, like digestion and cellular repair, but it would also be very damaging to the body (raised heart rate, blood pressure, etc).

Your Bones are as Strong as Granite – Until They are Twisted

The amazing resiliency of the human skeleton is why window washer, Alcides Moreno, is alive today after plummeting 47 stories from a high rise building. Comedian, Chris Turner told us last year that he has the bone density of Wolverine (6 Times greater than the average man). And that is incredibly dense once you consider that bones are one of the strongest organic substances known to man. An average man’s bones feature the equivalent supportive strength of granite and the compressional resistance of reinforced concrete. What gives bones their strength is a matrix of hollow cells that is as thin as tissue paper. This reduces the bones overall weight, while also allowing them to be flexible, giving them an advantage over both granite and concrete.

A bone’s biggest vulnerability is torsional force, which causes the majority of arm and leg fractures to occur. This is the same force that is applied to a towel when wringing water from it. We absorb and rebuild a new skeleton every seven years, which is why proper nutrition is important no matter how old we are. The current method of replacing failing/degenerative bones is to use titanium implants. Scientists are now working on new dissolving ceramic implants that would allow the body to interact with the implant, replacing its porous, calcium phosphate scaffolding with your own bone tissue. 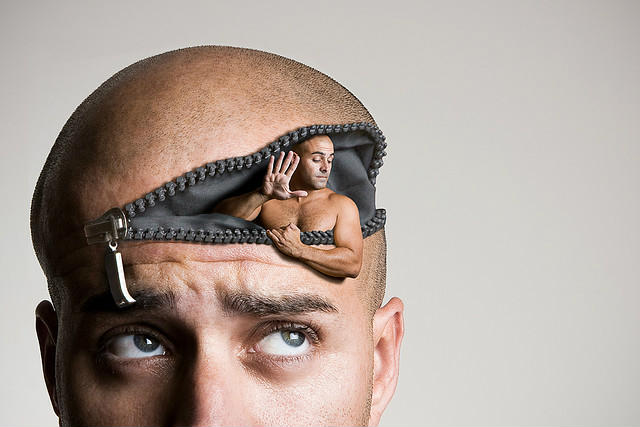 You would be hard-pressed to find a practitioner who truly believed the human brain could heal the body, but most admit it does appear to be quite an influence. What I’m referencing here is the placebo effect, which is the body’s ability to feel better (heal itself) with nothing more than a positive attitude and hopeful outlook. The connection of the mind and body is a relatively poorly understood phenomenon in modern medicine, but every day its results are seen in hospitals and drug tests.

Placebos have shown a positive response to such conditions as cancer, Aids, and herpes, as well as pain, hypertension, depression, and panic disorders. Some doctors claim it’s nothing more than a Pavlovian response (urging the body to feel better just because it expects to), but that doesn’t explain how some people have experienced spontaneous recovery (remission) from using these ‘nonexistent’ treatments.

Your body is an amazing and powerful tool…
If you only believe in it.

Filed Under: Featured, Health Tagged With: health, mens health, mental health
Recommended reads:
How To Be A Better Man
Best Men’s Sites and Blogs
Pendlay Rows – What To Know