You are here: Home / Featured / 7 Myths of Your Brain That Could Actually Be True

7 Myths of Your Brain That Could Actually Be True 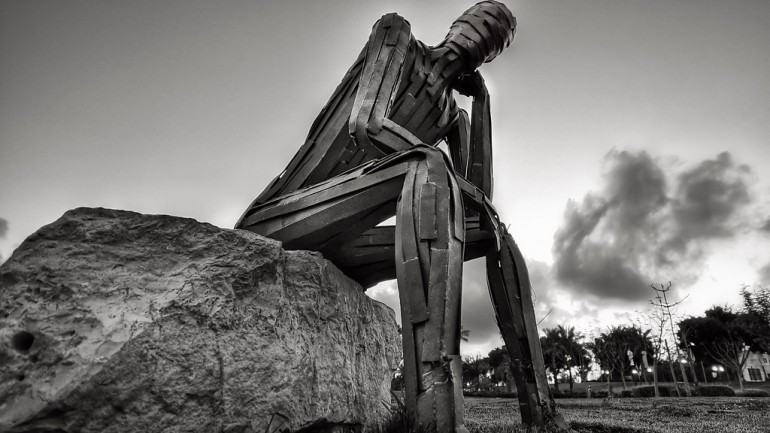 The universe is filled with wondrous mysteries, but none are any more wondrous than the amazing feats found inside your own head. Some researchers claim that within your own brain lies the potential to improve cognitive function throughout your lifetime and function at a higher capability than the average person—or can it?

1. Your brain is One of the Greatest Mysteries of the Human Body

If you read much of the new research reporting about your brain, you would think that science has finally got a grasp on how it works. The truth is, we actually know very little about the human brain, and anything you read in science magazines is partially up for grabs as far as how true it actually is. 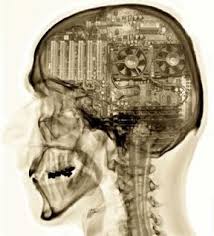 2. Your Brain is More Advanced than the Most High Tech Computer Available Today

Some people still believe that their own brain is not more capable than their expensive and exotic high-tech gadgets. However, it is. In fact, researchers don’t expect to come near to harnessing the power of the human brain until sometime around the year 2020. This is when computers may finally utilize atoms and molecules to boost their underlining functionality to match the cognitive abilities of the human brain.

3. Your Brain’s Size Does Not Signify Your Intelligence

There are plenty of examples in the animal kingdom that suggest this statement to be true. However, according to one study of London cab drivers, researchers have suggested that the size of the brain (the hypocampus to be exact) may actually mean the amount of knowledge (memory) that a person can store. The good news is that the size could be more relative to how it’s used on a daily basis, as opposed to what you’re given at birth.

4. Your Brain is as Good as it Will Ever Be

They used to say that your brain was only working at 10 percent of its capacity, and that you had the ability to unlock its full potential. Then research came out with a new batch of findings that made the 10 percent rule a myth. However, that does not mean that there isn’t plenty of untapped ability in your mind. “Yes, it is completely a myth,” says Garrett Ruhland, a neurochemist for truBrain. “[However], there are performance aids available that can increase distribution of alpha and beta relative to controls—This means that [it should be possible to] increase sustained focus, attention, visualization and memory recall.” 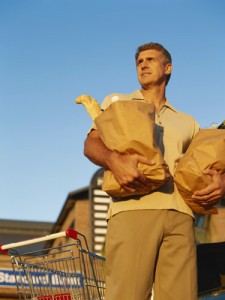 5. Diet and Supplements Can Help Your Brain’s Cognitive Ability

Most people eat to maintain health. However, not as many eat to sustain maximum brain functionality. Some people must assume that what is good for their taste buds must also good for their brain. In one study that consisted of one million New York students, researchers discovered that those whose diets included regular doses of artificial flavors, preservatives, and dyes, did 14 percent worst on IQ tests than those whose diets included very little additives.

6. Your Brain Can Be Your Own Worst Enemy

It was once believed that your own mind could be your worst enemy. Then we were told to trust ourselves and our own intuitions, as we should be the ones who know best for ourselves. However, as evidence suggests, the connection between body and mind is so strong, that somewhere between 50 to 70 percent of visits to the doctor appear to be partially attributed to psychological factors. On the flip side of this coin is placebo effect, which is the body’s ability to heal itself with nothing more than a positive attitude and hopeful outlook.

The connection of the mind and body is a relatively poorly understood phenomenon in modern medicine, yet placebos have shown a positive response to such conditions as cancer, Aids, and herpes, as well as pain, hypertension, depression, and panic disorders. Some doctors claim it’s nothing more than urging the body to feel better just because it expects to, but that doesn’t explain how some people have experienced spontaneous recovery (remission) using these ‘nonexistent’ treatments. Consider this a wake up call that you may be able to harness your brain’s mysterious powers for both good and bad. 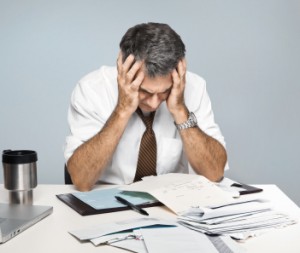 7. Your Brain is Hardwired to Fail

Since the 1930’s we’ve known human life could be extended by 40 percent (100+ years), but that we would also have to reduce our daily food intake by 30 percent to enjoy such an extension. Researchers soon realized that feat would prove more difficult than just inventing a pill. This is because the body and brain is somewhat hardwired to decline overtime, much like every other organism.

However, if you are inclined to take an active roll in the functionality of your brain, you can rewind some loss of cognitive function that has occurred by giving yourself plenty of exercise and good nutrition. While the brain does not really have any recommended prescription for vitamins and minerals to aid with this, one company, truBrain, has discovered a mix that does appear to enhance your ability to focus, concentrate, and remember things.

I had the opportunity to sample the loading phase of truBrain along with another member of our team, Pamela Causfield, and we experience increased clarity, focus, and creativity by the end of our 10-day trial. This effect also seemed to linger forseveral weeks afterwards. What I noticed the most, is while I often engage in all-night work marathons, I noticed a nice boost in creativity during the evening hours, when I would normally be crashing.

For Pamela, she commented that she is actually most focused in the mornings after her traditional three cups of coffee. However, towards the end of her trial with truBrain, she would awake in the morning (5:00 AM) with an abundance of focus and energy that would carry her through to the end of most days (5:00 PM). Yeah, she still enjoyed a couple cups of coffee, because she likes it. The point is that she didn’t necessarily feel like she needed coffee to function.

According to truBrain, the key to healthy brain function is not just a good nights sleep, exercise, and a balanced diet. The key also resides in a blend of cognitive enhancers and modulators, which are used to improve the neurotransmission and neuroprotection going on in your brain. “All ingredients were handpicked and are of equal importance for the ultimate effect of truBrain,” says Ruhland.

While the research for this brain blend is still ongoing, the results of previous studies suggest that there is hope that your brain can actually improve its current cognitive function via a simple regimen of good nutrition, exercise, sleep, and daily doses of truBrain’s cognitive blend. For more information about what are the actual ingredientsfound intruBrain, click here.

After our own positive results from using the 10-day loading phase of truBrain, we had some additional questions for one of the neuroscientist’s responsible for the creation of this cognitive optimizer, Mr. Garrett Ruhland. 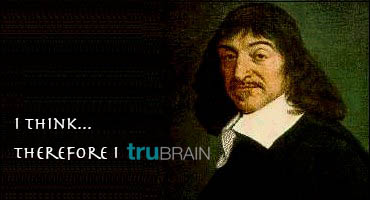 Urbasm: How does the “loading Phase” work? Why does it take 10 days to feel the results?

Garrett Ruhland: The loading phase occurs for 10 days, where the user takes an AM and PM packet each day. We recommend that you take your AM regimen with breakfast. We recommend that you take your PM regimen around 5 hours after taking your AM regimen. The purpose of the loading phase is for your body because it needs time to acclimate itself to truBrain. Some may feel truBrain on the first day of consumption, while others take a week to familiarize their bodies with our blend.

Urb: What are a few things a person can do during the loading phase to allow TruBrain to work better?

GR: Proper diet and exercise will help. Also, being consistent with your daily schedule and taking truBrain around the same time each day.

Urb: How is TruBrain better than NoDoz, 5 hour energy, and other energy supplements?

GR: Except for a little bit of B vitamins, the sole “enhancing” element of most energy drinks is caffeine. On the other hand, truBrain consists of a series of ingredients that are specifically studied for cognitive optimization; these ingredients work together synergistically. Furthermore, overconsumption of caffeine can also lead to over-stimulation – increased levels of stress hormones, jitteriness, etc. truBrain, however, delivers the appropriate dose for maximum cognitive-enhancing effects.

Urb: Are there any possible side effects a buyer should be aware of?

GR: None of the ingredients in our blend have been identified to have any short term or long lasting negative side effects. One of our active ingredients, Piracetam, can cause vivid dreams if taken too soon before you go to sleep. If you want to avoid this, we recommend that you do not take truBrain within five hours of going to bed.

Urb: Is there anyone who would not be a good candidate for truBrain (medication conflicts, health ailments, etc.)?

Urb: What are your most significant finding/studies that demonstrates how truBrain works?

GR: Our studies can be found here. We are also waiting on results about an experiment we conducted with day traders from Sang Lucci on and off our product. We received preliminary coverage from Bloomberg on it. Discover more on how to access your brain’s true potential here. 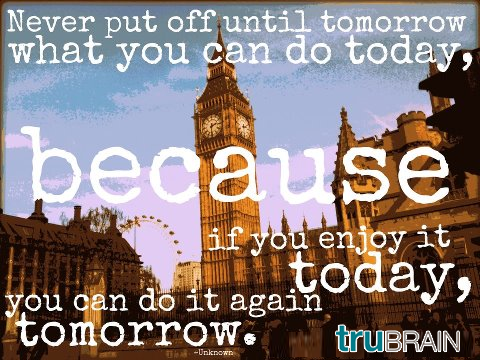 Filed Under: Featured, Health Tagged With: health, mental health, supplements
Recommended reads:
How To Be A Better Man
Best Men’s Sites and Blogs
Pendlay Rows – What To Know