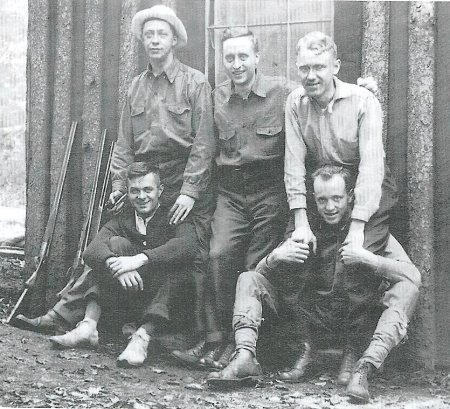 Dale Carnegie’s classic book, How to Win Friends and Influence People, has sold over 50 million copies in 38 languages. What is the secret to the books ageless advice? While structurally, the business world is forever changing, the individual man is still fundamentally the same. He relates best to those who relate to him. He prefers positive personalities to negative, and he understands the difference between smoke being blown up his a** and an honest compliment.

Dave Mather is a Partner and Business Coach behind the Carnegie Group in Ontario, and has taught Carnegie’s principles to four generations of leaders. The one thing that never seems to change is the value behind Carnegie’s teachings. “The first nine Carnegie principles are about becoming more approachable,” says Mather. “They are about connecting, establishing rapport, and creating a great first impression.”

1. Don’t Criticize, Condemn or Complain- Any fool can criticize, condemn, or complain—and most fools do. But it takes character and self control to be understanding and forgiving. “This does not mean there is not a place for criticizing,” says Mather. “Begin in a friendly way, be somewhat empathetic, and don’t come across as a know it all—Before you criticize others, talk about your own mistakes and don’t allow the mistake to be such a big deal; make it easy to correct.”

3. Arouse in the Other Person an Eager Want- Before you speak, pause and ask yourself, How can I make this person want to do it? “You can’t expect people to love your product if you haven’t given them something of value,” says Mather. Arousing an eager want, means discovering what a person really needs, and then offering it to them without a hook. What’s the easiest way to do this? Listening. As Carnegie would say, The only way to influence other people is to talk about what they want, and show them how you’re going to help them get it.

4. Become Genuinely Interested in Other People- You can make more friends in two months by becoming interested in other people, than you can in two years by trying to get other people interested in you. “Regardless of the physical assets your company may have, it’s the people who make it successful,” says Mather. “They are the organization’s key asset and getting to know them should be as natural as knowing the technical aspects of your job—being genuine is the key—don’t play games by getting to know others only for your own gain.

5. Smile- The expression one wears on one’s face is far more important than the clothes one wears on one’s back. “This is not saying to be a doormat,” says Mather. “He is not saying to smile at everybody and act like a bobble head, he’s saying,why don’t you start in a fundamentally friendly way and give people a chance.” What if you don’t feel happy? Then force a smile upon your face, and happy thoughts will follow.

6. Remember that a Person’s Name is the Sweetest and Most Important Sound in any Language- The average person is more interested in his or her own name than all the other names on earth put together. Mather suggests that knowing and calling others by name creates a different relationship, one in which the other person is recognized as a unique individual.

7. Be a Good Listener. Encourage Others to Talk About Themselves- People who talk only of themselves, think only of themselves—so if you aspire to be a good conversationalist, be an attentive listener. “To be a good listener, it is important to get a sense of where the other person is coming from, so that you may understand their point of view and talk in their terms.” says Mather. “Listen with everything you’ve got—how you listen says volumes about your thoughts.”

8. Talk in Terms of the Other Person’s Interest- Whenever Roosevelt expected a visitor, he sat up late the night before, reading up on the subject in which he knew his guest was particularly interested. “Salespeople always want to talk about their products,” says Mather. “Carnegie teaches us to listen first, and then talk in terms of their interests.” An example of this is in the typical sales pitch, What if I can show you a way to increase your sales? Notice the “I”-centered nature of this phrase. Compare that to, If there were a way you could increase your sales. The focus is now on the customer’s interests, rather than the salesperson’s ego.

9. Make the Other Person Feel Important and Do it Sincerely- Always make the other person feel important. “My old buddy Charlie ‘Tremendous’ Jones used to say, Customer service requires a thick skin and a soft heart”, says Mather. “If someone is upset, tell them you get it (empathize), I can see that you are really upset about this, and we’re sorry to hear that.” Acknowledging someone’s anger respectfully, puts you in their court, giving you the chance to negotiate a truce without resorting to harsh words, and even harsher action.

“We don’t need training in manipulation–A two year old knows (and uses) manipulative strategies,”  explains Mathers. “A mature adult establishes genuine interest in others, listens to the other person’s point of view and responds in a respectful manner. You cannot force others to be the way you want them to—(but) you can choose to act the way you do.”

Check out our other manly tutorials.

Filed Under: Career & Money, Featured Tagged With: career, jobs, success
Recommended reads:
How To Be A Better Man
Best Men’s Sites and Blogs
Pendlay Rows – What To Know