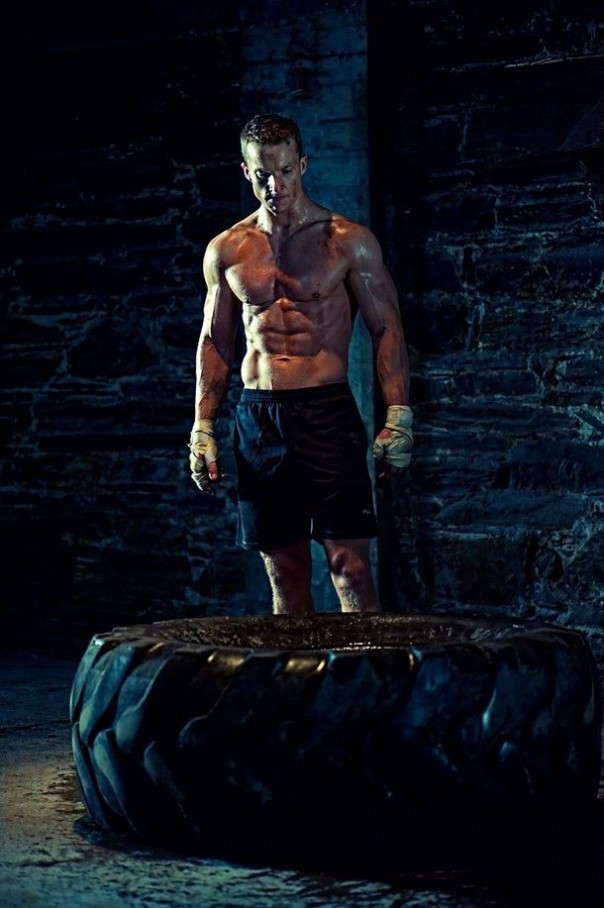 “I’ve only had one health problem in the last 24 years,” says, 74 year old, Raymond Francis. “A cold… And I have a very good excuse for that.”

“I was invited to make a speech in Egypt—I was coming home—there was bad weather—I was up for over 48 hours without sleep, and that zonked my immunity,” explains Francis, scientist and author of Never Be Sick Again. “I am becoming biologically younger every year—I have boundless energy—I am sharp as a tack—my arteries have been reduced to age 25—six years ago I was age 30—my goal is to have the arteries of a teenager, by the time I am 80.”

The average guy might be surprised to know the true age of their body. These days, it is not uncommon for someone age 30 to be measured by the biological age of 80. If you want to keep yourself young, vivacious, and healthy, Raymond Francis has a simple health model he’d like to share with you.

The Beyond Health Model 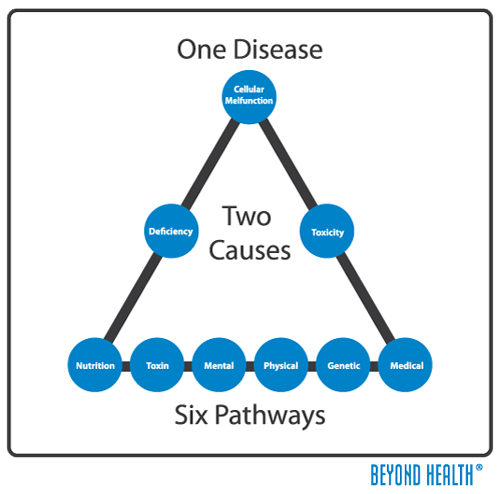 The Beyond Health model is shaped like a triangle. Up top you have the one disease. In the middle, you have two causes. At the bottom, there are six pathways leading to disease. “We are a community of trillions of cells acting together,” explains Francis. “If all your cells are operating as they should—it is impossible to get sick.” The only way you can get sick is when a large number of cells malfunction, and they only malfunction for two reasons. Either they are not getting everything they need, or they are being exposed to something that is interfering with their normal function. Francis calls these two problems, deficiency and toxicity.

Six Pathways to Disease and Health

“There are two cities—one city called health—the second is called disease,” explains Francis. “You’ve got six interstate highways connecting these cities—If you are heading towards disease on all six pathways, and you’ve got the accelerator floored, you are in real trouble (he laughs).” More than three out of four people have a diagnosable, chronic disease. More than half of the population is on prescription drugs, and things do not appear to be getting any better. Your best course of action is to take control of the wheel, and put yourself back on the road to optimal health. There are six pathways to health you’ll need to familiarize yourself with.

You can read more in Raymond Francis’ book, Never Be Sick Again (www.beyondhealth.com)
Get it here.