Home » 5 Lessons Most Men Learn Too Late in Life

5 Lessons Most Men Learn Too Late in Life 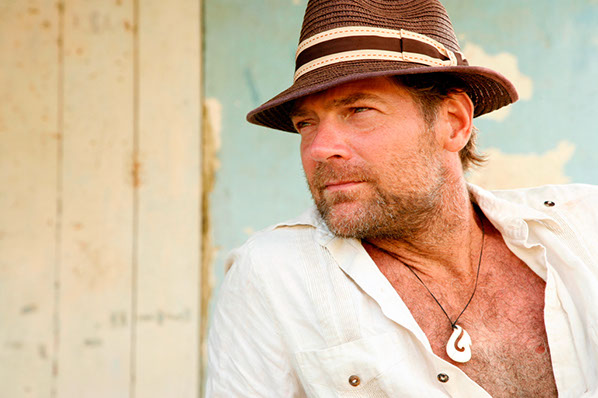 The life of a man is a long road of trial and error. But at some point, a man figures it out. Those errors grow fewer and things begin to come together as they were supposed to.

Unfortunately, for many men, this happens too late – when your energy is dwindling, creativity is on the downfall, and the years have caught up and your flame has turned to ember. But life doesn’t have to end at the point your ready to begin. We asked Pete Nelson (Treehouse Masters), Les Stroud (Survivorman), Tony Hsieh, Dan Ariely, and author Russell Smith what they thought was the greatest lessons they’ve learned in life – and this is the part that we listen.

“Joseph Campbell talks about following your bliss,” says Pete Nelson. “The bliss – is your passion – it is your gift, and your gift is that thing you know in your heart that you might be really good at.” We all have dreams, but some of those dreams are beyond our reach. Maybe you’re a gifted musician, but the opportunity to shine on stage has never been realized. But that may not be your ‘bliss’. What you dream of doing and what you are truly good at are not always the same thing. Dreams can be altered once you develop your natural gift enough to discover how it feels to succeed.

“If you can find that bliss and develop that, it can be what you do for a living,” says Nelson. “It will never be a job – It will be a pleasure to go to work, even on a Monday.”

A few years ago in an interview, Tony Hsieh offered three bits of advice to success. His words, “It’s Easier to Seek Forgiveness, than Permission,” paid homage to their original speaker, Grace Hopper, who became the first female rear admiral of the U.S. Navy. Every great discovery in life happened under the pressure of tradition, disbelief, and disagreement. If you wait around for permission to unleash your best ideas, you will be waiting a very long time. Sometimes you just need to follow your instinct, bend tradition, and take small risks in order to turn good enough – into completely awesome.

The biggest difference between winners and the losers – is that the winners have lost a whole lot more times. Seriously, winners are much bigger losers than the biggest ‘loser’ could ever be. This is because the average success story has to fail countless times before it actually succeeds? If you only try once and then quit if it doesn’t work out, you probably haven’t figured this out yet. “Try not to think, but try lots of things,” says Dan Ariely. “If they work—great. If they don’t, then abandon them quickly and try something new.

“That is what luck is about, by the way,” says Ariely. “Luck is trying lots of things, and from time to time things work out.”

“It is important – to read political and international news,” says Russell Smith. “Every day.” Why? Because these are the topics that will make you interesting, clever, and the kind of person that people want to follow, support, and promote. It is true that a man makes his own success, but he must do so through the aid of other people – and so becoming an interesting person is more important to your success than you may realize.

“Never finish living,” Les Stroud said to us at the end of an interview, and that thought has stuck in our minds ever since. A man has many stages in life, but each one should be filled with as much life and adventure as he can possibly complete. Many men have an “end game” in mind – a point where they have reached the pinnacle of their achievements and they can sit back and live off the success of their previous endeavors. But no man ever found satisfaction living in the past, no matter how glorious it was. There is never an end to your story.

No matter where you are right now, your next stage could be greater than your last. And if you keep telling yourself this (and acting upon these words with action) – it may very well come true.

Filed Under: Culture, Featured Tagged With: how to be a man, interview, life, man advice
Recommended reads:
How To Be A Better Man
Best Men’s Sites and Blogs
Pendlay Rows – What To Know