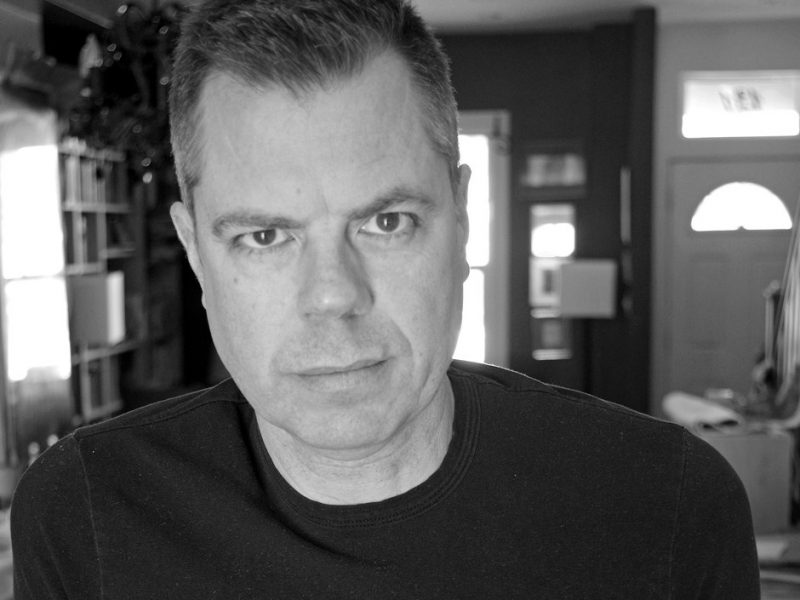 As much as we love the opinion of a beautiful woman, we do like advice from a man who knows what he’s talking about. A man who has been there and done that, and occasionally a good man has not only lived an interesting life – but also written about it through both experience and research.

Author, Russell Smith, writes a weekly column for the Globe and Mail that focuses on arts and culture. He is the author of many books, including Noise, Young Men, The Thinking Man’s Guide to Dress, Girl Crazy, and his most recent, Confidence. In his writing, we have always theorized him to be the kind of guy you could sit down with a beer and discuss everything about life – and come up with at least one answer to every one of man’s greatest questions.

And so we decided to put our theory to the test.

Urbasm: Hey Russell, what do you have coming up that you can talk about?

Russell Smith: I am working on a hybrid genre novel: it is S&M erotica combined with a thriller plot. I hope to publish it under a pseudonym. It is fun and easy to write – and liberating. It is an experiment. And in January I start teaching again in a job I love, in an MFA program in creative writing. I teach a fiction workshop. It’s exciting to work with other writers.

Urbasm: Your work embraces such a large array of topics. What is the process you go through when deciding what is something that is important enough to write about?

Russell Smith: I have lived for years as a freelance writer and I don’t always choose what I write about. I take what is offered to me. Over the years I have written book reviews, restaurant reviews, car reviews, travel, fashion, art criticism, essays, fiction, everything. You have to become an expert in each of these things as you go. Often, you wing it.

Russell Smith: My most important job right now is writing a weekly column on the arts and culture for the Globe and Mail, the national newspaper of Canada. In this, I try to take on subjects that are just outside the realm of mainstream entertainment. I’m not going to write about Beyoncé, because everyone else is. I like to bring underground movements in art and ideas to the attention of my readers. I have been working and socializing with artists and academics in various disciplines for almost 30 years now, so I have a close ear on what is obsessing them in any given moment. Recently I have written about Nazi black metal, zentai suits, artists as sex offenders, bad architecture, techno clubs and televised poker.

Urbasm: Yup, that includes just about everything.

Russell Smith: My fiction is about educated people and their infidelities.

Urbasm: Your books have accomplished this as well.

Russell Smith: My most recent book is a collection of short stories called Confidence.

Urbasm: And it is a fantastic read. Okay, let’s say you were to have a dinner party. Who are the people you’d invite if you could choose anybody from both the past or present?

Russell Smith: I would like to have a dinner party of linguists talking about language. I would have Steven Pinker, the Harvard psychologist, author of The Language Instinct, and Mark Liberman, the University of Pennsylvania linguist, creator of the Language Log blog, and then I would revive from the dead the French surrealist poet Paul Eluard (on whom I wrote my master’s thesis), to see if he would speak in the marvellously strange and majestic way he wrote, and what the linguists would make of it. And Camille Paglia and Slavoj Zizek to add a little fun.

Urbasm: That is absolutely the best list we have ever received from that question. Thank you. Switching gears to another big question: What are the five items that should be in every man’s wardrobe?

Russell Smith: A man must have: one plain dark suit, in charcoal or navy (not black); one pair black Oxfords; one pair brown or burgundy shoes (brogues if you like); one silver tie; one dinner jacket (tuxedo) with real bow-tie; one plain dark overcoat.

Urbasm: Like the red bow-tie. What about three items a man should always keep in his pocket?

Russell Smith: One should minimize the items one carries around in one’s pocket, as they throw out the lines of one’s clothes. The bare essentials are: wallet, keys, phone, one clean pressed handkerchief.

Urbasm: Simple, practical and classy. Which brings up another big question we often argue about: Do you think modern man suffers from a fractured masculinity?

Russell Smith: No one has ever been able to agree on what masculinity actually consists of, and whether those attributes are generally a good thing or fundamentally toxic, so I’m not sure that fractured masculinity is something we should be worried about. Masculinity has always been fractured: what else did Hemingway write about?

Russell Smith: It is true that in developed nations, particularly in the United States, manufacturing, and skilled labor jobs have dried up over the past 50 years and this had led to high unemployment among males and a crisis of identity. I’m not convinced that this is necessarily a terrible thing: it could lead to an expansion of a definition of masculinity, rather than to a conservative despair. It is true that women are now making up more than half of all college students, even in the sciences, and although this causes a lot of insecurity in men it cannot be anything but good for society at large.

Urbasm: From your experience, what do you think are a few of the biggest mistakes men make when it comes to dating?

Russell Smith: I am by no means an expert on dating; if you asked women I have dated they could probably come up with a number of egregious mistakes I have made. My first guess would be that the biggest mistake men make is not taking no for an answer. Often the no is in tacit signs: If she seems at all hesitant or sketchy if she is not often free and if she cancels on you a lot, then she is not into you and you should move on. There is little more embarrassing and annoying than a stupidly persistent male.

Russell Smith: Other than that, the best advice is to pay attention to women, to what they do and what they like, to ask them a lot of questions and to listen to their answers, and not to lecture them. And one more thing:  I find that women like me the most if I am calm and unruffled. This is not always easy to achieve, but it is something to aspire to.

Urbasm: As a man who can write S&M erotica, do you think there anything wrong with being a guy who thinks about sex all the time? 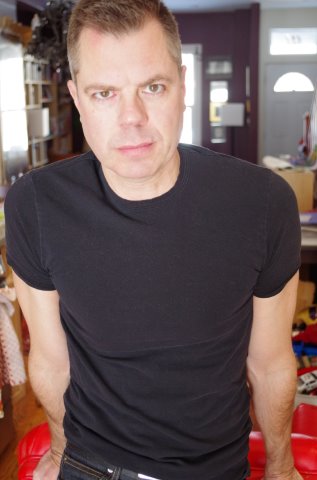 Urbasm: That answer’s worth a thousand words. When in the company of a more cultured group, what are some standards to brush up on so one might be able to pass themselves off as a little more sophisticated or refined. We immediately think of wine, but what other areas would be wise to be familiar with?

Russell Smith: Well, first, it would be a bad start to try to feign an interest in culture just because it would advance you socially. Everyone is going to see through that. If you are genuinely not interested in art, then don’t try to fake it: talk about the stuff that really does interest you instead. However, if you really are curious about the more obscure and difficult areas of culture – visual art, classical music – then your curiosity will be of the greatest interest to those around you. It’s a passion for things that is interesting, not the knowledge itself.

Russell Smith: It is important also to read political and international news, every day. And by the way, about wine: people who talk about wine a lot can be terrible bores. That is often a cover for a lack of true depth of culture. Some of the most sophisticated intellectuals I have ever met claim to have no interest in wine whatsoever, as a kind of anti-snobbery. The great humorist Fran Lebowitz said it best: “Great people talk about ideas, average people talk about things, and small people talk about wine.”

Urbasm: (laughs) We will remember that. And what are the three most important things that every man should know, according to you?

Russell Smith: One, never complain, never explain. Two, indignation is among the least productive of emotions. So is guilt. Three, as you age, dress better.

So, you may have noticed that this is a man you might want to keep track of, and you can do so through his website, russellsmith.ca.
Godspeed.

Filed Under: Culture, Featured Tagged With: Author, books, culture, how to be a man, interview, man advice
Recommended reads:
How To Be A Better Man
Best Men’s Sites and Blogs
Pendlay Rows – What To Know