You are here: Home / Culture / Survivorman Les Stroud On Being a Man

Survivorman Les Stroud On Being a Man 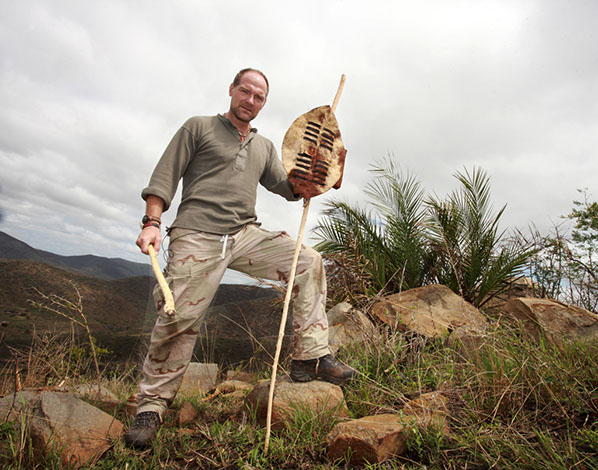 What’s on Les Stroud’s bucket list? Yeah, we were a little curious too.

But what we really were interested to find out is what’s on his ‘man card’ for the coming year? Growing a more epic beard, rescuing kittens, building a log cabin with his bare hands—Nope, all mere child’s play compared to the real life and times of the man. Grab yourselves a stick, chisel or knife men, as you may want to carve out a few notes.

Urbasm: Les, what do you have coming up that we can look forward to? 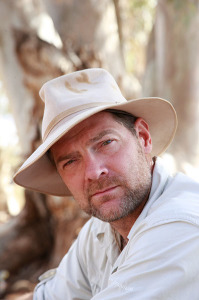 Les Stroud: What don’t I have coming up? In a word: lots. First—I am releasing my next “Barn Sessions” album recorded live off the floor, no overdubs, in my barn. All acoustic instruments and a wonderfully talented group of musicians. It will be titled: Barn Sessions lll; Goodbye Novar. Second—I am currently in the field producing 14 new Survivorman episodes, six of which are Survivorman Bigfoot. They’re slated for airing starting in the Spring of 2015.

Third—I always have one off concerts happening here and there, and the next one is on November 19th in Florida opening for Lynyrd Skynard at the Rib Fest in St Pete’s. I am also recording a new rock album called Mother Earth, and Slash stepped into the studio with me to cut the solo for one of the singles called ‘One Giant Farm’.

Urb: What process do you go through each time you are faced with the decision to choose a new adventure?

LS: I ask my heart. Then I listen to its advice. Then I act on it.

Urb: Do you think survival is more of an innate trait in a man, or something that can be learned?

LS: It is a little of both.

Urbasm: What do you think a man can do to prepare himself to not only survive the wild, but also the urban jungle?

LS: One of the best ways to gather confidence in oneself is simply to learn some of the techniques needed for all kinds of survival. Knowledge is power and creates a self confidence that is hard to take away. Take courses. Read books. Listen to keynotes. Watch intelligent documentaries.

Urb: We’ve heard you suggest that sometimes “the easiest way can be the most dangerous.” What does that mean exactly? 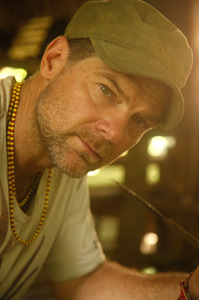 LS: It’s when you grow complacent and you see that path of least resistance in front of you, and you can’t resist it. It looks so obviously the way to go; so easy. Yet it may only be the easiest for the first half of the journey—then it may become hell. It’s a lot like life.

Urb: Who do you admire the most and why?

LS: Trail breakers, innovators, risk takers. Those who boldly go where no one has gone before. They make this life exciting; they bring about progress—good or bad. They cause us to look at life in a different way—as we should.

Urb: What do you think are a few of the biggest points that a lot of ‘manly men’ get wrong when it comes to being a gentleman?

LS: (Laughs) How much time do you have? Being a gentleman is not being soft or lame. It’s sexy as hell and it adds to the machismo. Self confidence is the key. Women adore a man who is confident. And a confident man has no issues acting like a movie star of old: opening doors, pulling out the chair at a restaurant, bringing home flowers, never striding in front of his lady when walking—I hate when I see that.

A woman wants a man to be a man. Strong, confident, caring, sensitive to their moods and feelings, attentive to discovering their nuances. Rugged, strong, rough hands from hard work, a good chest for a woman to lay her head on after… well… just after. 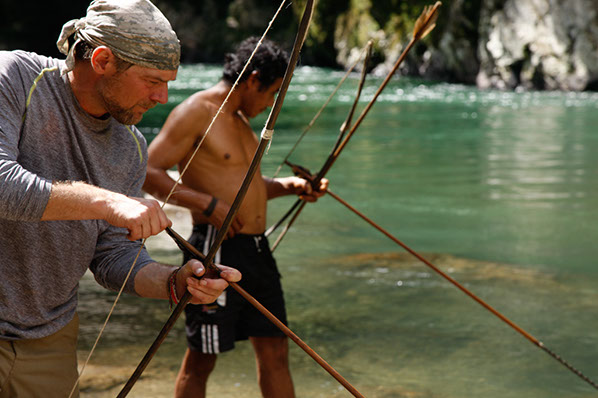 Urb: What is most always a part of your “everyday carry” when you’re going out to do errands versus going on an expedition?

Urb: What do you think are the top adventures that should be on every man’s bucket list? 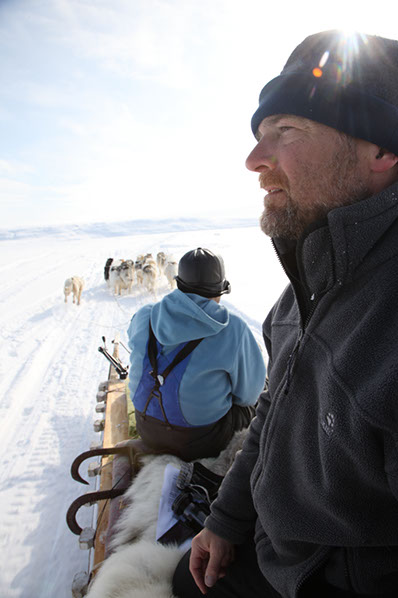 LS: Not in any particular order:

1. “A serious week long mountain hike.”
2. “Learning to dive and diving in Palua or Galapagos.”
3. “And of course a shark dive.”
4. “Something in the air—either sky diving, base jumping or learning to fly. I fly a Challenger ll plane because I’m horrible with heights, so skydiving is out for me.”
5. “A serious week long biking trip—cycling.”
6. “A serious bike trip (motorcycle) probably South America.”
7. “A week at the flow edge in the Arctic.”
8. “A month long canoe trip ending in the Arctic.”
9. “An Ayahuasca journey.”
10.” Taking in three concerts of your past rock and roll or any kind of music heroes—before they die or break up the band.”
11. “A serious sea kayaking journey—Arctic or Lake Superior.”
12. “A wine, scotch, rum and cigar tasting trip with three good men.”
13. “A week of constant sex with the woman of your dreams.”

Urb: What are the three most important things that every guy should know, according to Les Stroud?

Phenomenal sex is the elixir of life.
Learn to listen to and trust your instincts (your heart) in ALL matters.
Never finish living.

Urb: We can’t argue with that. Thanks, Les. 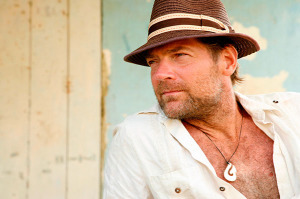 Stroud was born in the Mimico neighborhood of Toronto. Beginning his music career, Stroud studied music industry arts at Fanshawe College in London, Ontario. Stroud worked at the music video channel, MuchMusic and as a songwriter for the band New Regime.

A canoe trip to Temagi inspired Stroud to change his career path. In 1990, Stroud worked as a guide for Black Feather Wilderness Adventures. Here, Stroud lead canoe trips into the Ontario wilderness. While working at Black Feather Wilderness Adventures, Stroud met his wife, photographer, Sue Jamison. After wedding in 1994, the two went on a year-long trip in the remote Wabakimi area Ontario. During this trip, Stroud documented their experiences living in the wild, which became the basis for his documentary, Snowshoes and Solitude. Stroud and Jamison soon moved to Huntsville, Ontario where they had two children.

After success of his documentary, Stroud pitched a survival show to The Discovery Channel. Stroud produced two segments of a show titled, One Week in the Winter in the Wilderness. The success of these specials helped develop the series Survivorman. In 2004, the first episode of Survivorman aired. Stroud wrote, produced, directed, and filmed the series on his own.

Stroud’s survival experiences inspired him to write three novels, Survive! – Essential Skills and Tactics to Get You Out of Anywhere-Alive! Will to Live and Beyond Survivorman. Additionally, Les continued to make music, recording three albums, Les Stroud, Les Stroud and The Pikes: Long Walk Home, and Les Stroud and The Campfire Kings: Wonderful Things.

Filed Under: Culture, Featured Tagged With: being a man, how to be a man, interview, man advice
Recommended reads:
How To Be A Better Man
Best Men’s Sites and Blogs
Pendlay Rows – What To Know