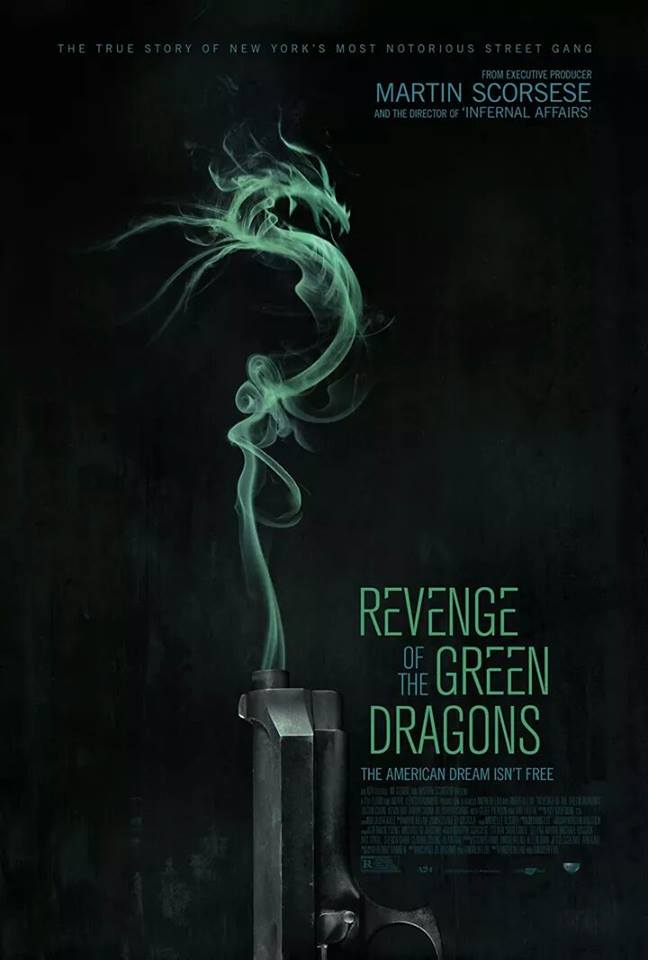 Last night, Justin Chon, Ray Liota, and Kevin Wu heated up Toronto with the premier of the “immigration story that you never knew.” The film is called Revenge of the Green Dragons (2014), and with Martin Scorsese on board as executive director, and the proven directing talents of Andrew Lau and Andrew Loo, you can be damn sure there was not a dry seat in the house once the curtain closed.

The film is a true crime story about two immigrant brothers, Sonny (Justin Chon) and Steven (Kevin Wu) who survived the poverty and despair of New York in the 1980s by joining a Chinatown gang involved in organized crime called, you guessed it, The Green Dragons. As you can imagine, the brothers antics eventually begin to draw the attention of NYC police and the FBI, and the next thing you know, Ray Liota has to swoop in to take care of business. And then to make things a little more interesting, after an ill- fated love affair separates the two brothers, Sonny sets out to bring down not only his brother, but the gang who made him who he is. 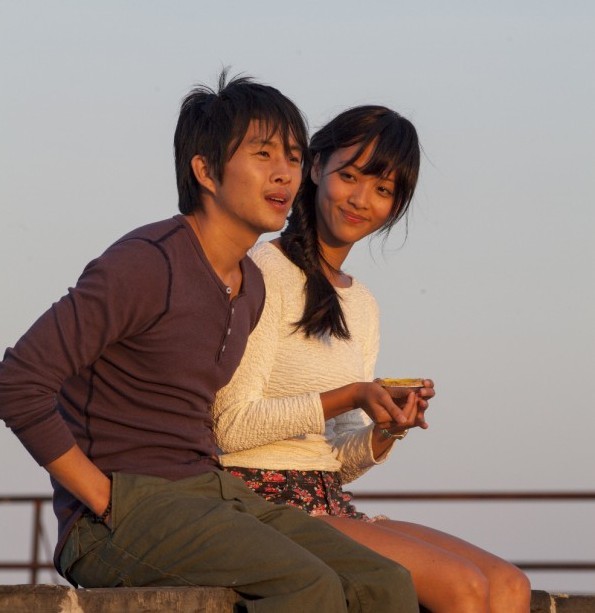 Last week I had the opportunity to chat with Justin about his recent film, some previous films (ahem, the one involving a certain teddy bear glued to his yahoo), and his life off screen. And this is the rest of the story:

Urbasm: Justin, how would you sum of the film, Revenge of the Green Dragons, in just one sentence?

Justin Chon: It is the immigration story that you never knew.

Urbasm: What drew you to the role of Sonny?

JC: What drew me to the role of Sonny is it is based on a true story, which I think is interesting. It is a different take on the immigration story. A lot of cultures that immigrated to the United States experienced this. The Italians, Irish… they all had organized crime. Sonny, in particular, is trying to make the best of it, find himself, and figure out if this is how he wants to live his life.

Urb: Is there any part of this edgy character that feeds into your off-screen personality?

JC: I am completely different. First of all, I don’t engage in criminal activity. I am not as closed off as Sonny is. He is very reserved with letting people know how he feels, and exposing himself. In that way, I am very different from him. But other than that, the similarities could be that he wants a better life and I too continue to strive to grow and progress. 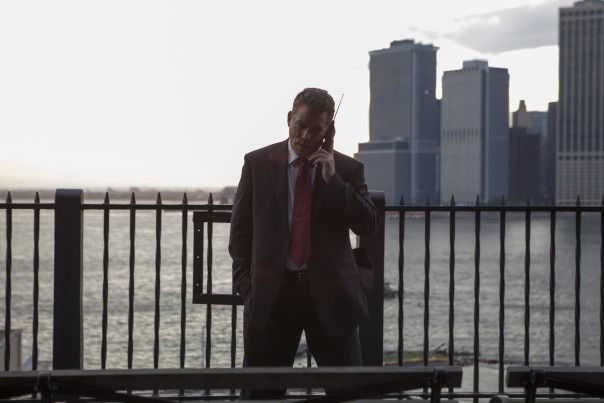 Urb: What was it like working with Ray Liota?

JC: This is the second movie that I have shot with him, and it is also the second movie that I have no scenes with him. I did a movie called Crossing Over (2009) where we had separate story lines, and it is the same way in this movie as well. We never actually come face to face. We never end up talking. He is just chasing me. I have met him, but have yet to share the screen with him.

Urb: Maybe there will be a next time.

JC: I guarantee there will be a next time.

Urb: Do you have any intriguing acting preparation rituals?

JC: For me every part is different in how I have prepared for it. I have been in a lot of comedies as well, which is very different from how I prepare for a dramatic scene. For Green Dragons I listened to a lot of music to put my head in the right place, and just went over what the circumstances were, and what I wanted from the other character. Basic acting stuff.

Urb: We also loved the film, 21 & Over, which begs the question: What has been your most embarrassing moment on set? 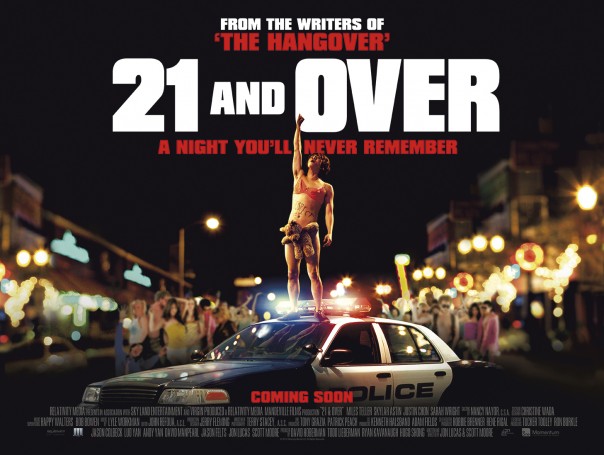 Urb: And speaking of that, is there a particular woman you’d like to do a nude love scene with?

JC: Yeah, that would be fun.

Urb: Can we expect to see you in a lot more dramas after this, or do you prefer the comedy roles?

JC: To be honest, I’ll go where the wind takes me. I don’t think I define my self as a comedic or dramatic actor. It is just whatever parts comes. I feel like whatever is right at the moment will present itself to me, and having an open mind is the best way.

Urb: What is the ultimate acting role for you? In other words, what role would complete your life as an actor?

JC: Any role that is going to get me an Oscar.

Urb: I can’t argue with that. Changing gears a bit, you’ve got a great style, and you also own your own clothing store. We’d love to hear you describe an outfit you’d put together for a gentleman going out on a first date.

JC: I would definitely say to wear a collared shirt. But you know what, it depends on the girl. Me personally, I would say that the first impression is very important, so present yourself in the light that you’d want to be perceived, because there is no point in deceiving the girl. If you are comfortable in a beat up t-shirt, then that is what you should do. Hopefully the girl will like you for who you are, because eventually it is going to come out.

Urb: Is there anything new going on with your store, Attic?

JC: We are revamping our website. We are starting to re-image our brand, which means also the clothing we will be manufacturing ourselves. We are also trying to simplify. I think it is a time for simplification. I feel like in the past we were trying to be everything to everybody. Now we are just going to do what we’re good at.

JC: Yeah, whatever that means. Let’s say Generation-X. All I remember is Generation X. Do you remember that? It was the 90s, the hopeless generation, and look at us now (laughs).

Urb: What’s next for you?

JC: It is kind of open right now. There are a few parts that have come my way, and I need to decide if I want to do an Indy, or try to shoot to get more of a studio film. I think I need to listen to myself, and do something that I am committed to rather than chasing the money.

Urb: When you get a role are you ever pushed by your representatives to do something, or is it more up to you?

JC: It is up to me. I am the boss of my career. They can make suggestions, but ultimately I have always done what I thought was the right thing to do.

Urb: What are the three things every guy should know, according to Justin Chon?

JC: Money isn’t everything. Humility. And being a hypocrite… contradiction (laughs). I don’t know, man. I think you should just go where the tide takes you. I don’t think there is ever a set thing. And if it works out, it does, and if it doesn’t, then you just have to keep working.

Thank you Justin, and that motto appears to be working fantastically for you, so keep it up. The Premiere of Revenge of the Green Dragons kicked off last night in Toronto, and it goes on Direct TV starting today for the next 30 days, and then hits theaters on October 24, 2014.

And when you’re done with that, we invite you to get to know Justin a little better on his Instagram, Twitter, and you can also juice up your wardrobe at his clothing store, Attic, which can be found online here.

Filed Under: Entertainment, Featured Tagged With: at the movies, film, interview
Recommended reads:
How To Be A Better Man
Best Men’s Sites and Blogs
Pendlay Rows – What To Know