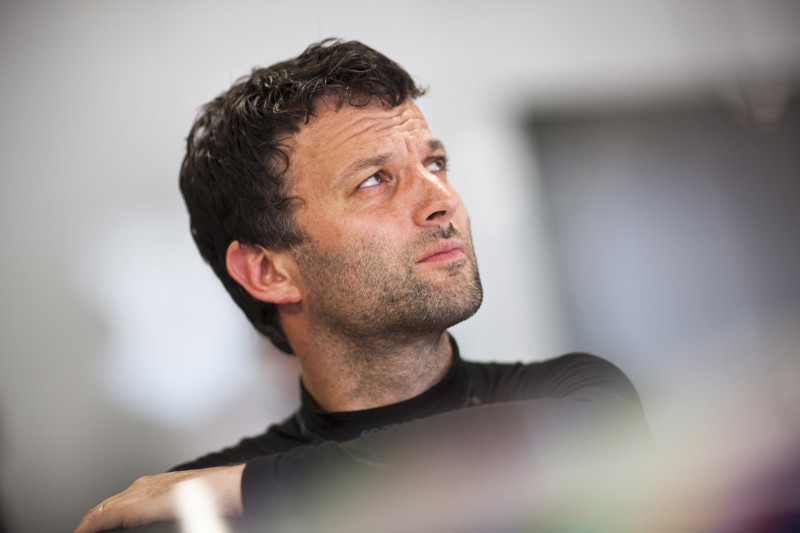 Since 2004, Darren Turner has been driving for Aston Martin. Before that he was a McLaren F1 test driver. Two of the highlights of his career came in both 2007 and 2008 when Darren became a Double Le Mans 24 Hours GT1 winner. And this weekend he is looking to add a third win to that list.

We have always wondered what was on a man’s mind as he was just about to enter a historic competition like the 24 Hours of Le Mans… and today is the day we find out:

Urbasm: Hi Darren, what all do you have going on this year that you can tell us about?

Darren Turner: This year is a busy one for me as I’m racing an Aston Martin Vantage GTE in the FIA World Endurance Championship – which includes the Le Mans 24 Hours – along with various other races, such as the Nurburgring 24 Hours.

Urbasm: We’re looking forward to that. What are a few of the improvements the team has made on the Vantage GTE this year? 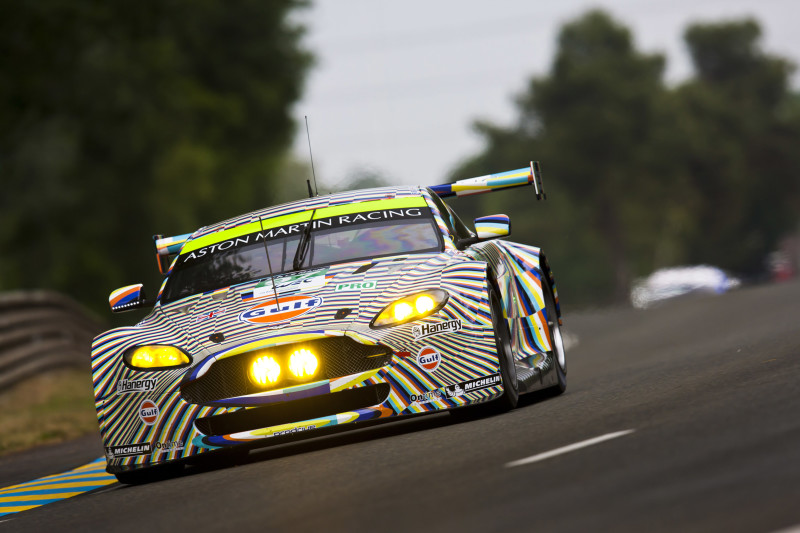 Darren Turner: The regulations for GT racing are very tight so the reality of what the team can do from season-to-season is limited. The regulations are there to keep the costs down but also to make sure the different manufacturer’s cars have a similar performance to keep the racing close. The Aston Martin Racing team worked hard over the winter to maximize every little detail on the car. They go over everything and find a little gain here and little gain there and it all quickly adds up. This is exactly what every manufacturer will have been doing too so if you stand still you will probably lose 0.5 to 1 second over the winter. One of the key areas for us was to improve reliability, although we have a fantastic track record it was an area that still needed some attention. We’ve put plenty of mileage on the car now though so we’re feeling confident that the car will be strong throughout Le Mans and the remainder of the season.

Urbasm: What are some of the advantages and disadvantages your car will have compared to its competition?

Darren Turner: Unlike the prototype class where you design the car from scratch to meet the regulations, in GT racing everything derives from the road car and every road car has its own strengths and weaknesses. The known strengths of the Aston Martin are its medium and high-speed capabilities due to our good aerodynamics. One of the disadvantages of the car though is that it’s more ‘draggy’ than some of the others so requires more fuel per lap. Every manufacturer looks at their cars and sees the strengths and weaknesses and it’s up to the design team to make the most of the strengths an minimize the deficiencies.

Urbasm: What’s going to be your greatest ‘personal’ challenge at Le Mans this weekend?

Darren Turner: Definitely traffic management. There are lots of different levels of capabilities from the cars and with any sportscar race the driver talent covers a fairly broad spectrum. You don’t want to lose time with the prototypes overtaking you but equally you can get held up by the slower prototypes when they have amateur drivers in them – they are fast on the straights then slow through the corners. 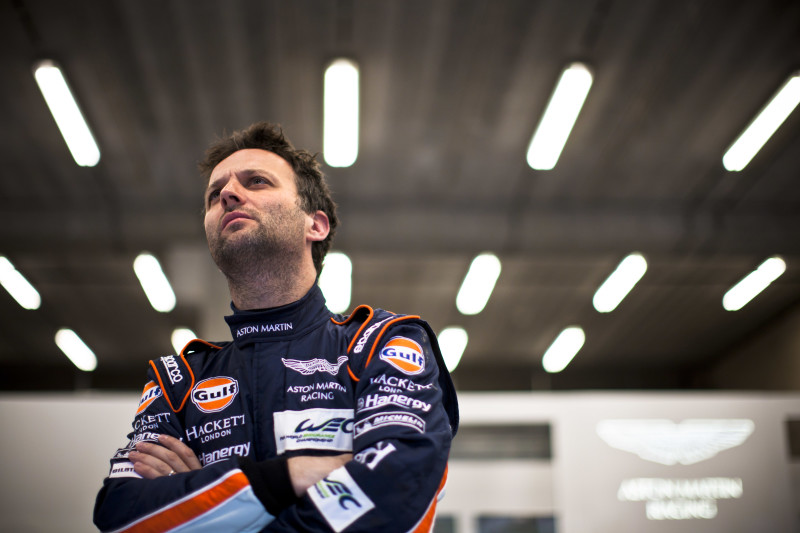 Urbasm: What would you say are the main attributes a driver needs to have in order to be truly successful at an event like the 24 Hours of Le Mans?

Darren Turner: The ability to concentrate. Driving the car quickly is one thing but there are lots of drivers who can do that. It’s being able to see the bigger picture and knowing when to push and when to sit tight and bide your time. Modern sportscar racing is just a long sprint race so being able to focus for two to three hours at a time is the key to being successful.

Urbasm: What is your technique to keep your mind focused when you know that the smallest problem could cost you the whole race?

Darren Turner: It’s that thought that does it! One small slip and the race is lost. One small mistake can quickly escalate into a major drama. A quick trip through the gravel may only cost a few seconds but one stray stone sucked up into the engine bay can put you in the pits for a lengthy stop. You know you will be in the car for two to three hours so you push everything else out of your mind and you focus from one corner to the next and repeat it over and over without any mistakes.

Urbasm: Who do you admire most in the automotive world and why?

Darren Turner: I love the old stuff. With new cars it all about perfection where everything does exactly what it is supposed to do but that actually removes the enjoyment of being a driving purist. The people I admire are the ones who keep the historic sportscars running so that people like me can enjoy them. If you want to see what I mean get yourself to the Goodwood Revival and you’ll soon understand. 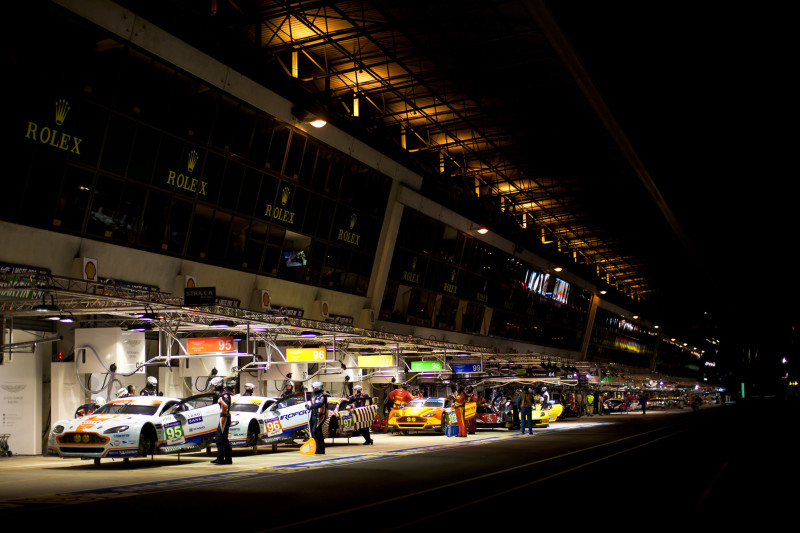 Urbasm: What would you say has been your most memorable moment in racing so far?

Darren Turner: Both moments happened at Le Mans. Winning the race in 2007 is a feeling I will never forget and I think it will be very hard to top that feeling. Then in 2013 when Allan (Simonsen) died at Tetre Rouge. That’s motorsport – the highest of the highs and the lowest of the lows.

Urbasm: From an enthusiasts point of view, what would you consider the top automotive experiences that should be on every man’s bucket list?

Darren Turner: Anyone who likes cars should visit Le Mans. It’s not just about what happens on track; it’s the whole experience, the atmosphere – it’s a great weekend. Once I hang up my helmet I will go to Le Mans and the Nurburgring 24 Hours as a spectator as they are truly amazing events. The TT is also very special. I went for the first time last year and even for someone who spends their life around speed the TT is a whole new level of commitment!

Urbasm: Yes sir, we’re adding those to our buckets. And one last question – What are the three most important things about being a man that every man should know, according to Darren Turner?

Darren Turner: This is maybe not about being a man but about life in general. We’re here for a very short time and you’ve got to fill your life with as much enjoyment as you possibly can. When I’m screaming towards my grave I want to have a massive grin on my face and say: “That was amazing! I’ve done so many cool things with so many amazing people.” Sometimes you need to take a step back and have a look at things as you can get embroiled in the day-to-day stuff and forget what really matters. I have a young daughter, so I have watched the Lion King over (and over!) again and ‘Hakuna Matata’ makes a lot of sense to me!

Urbasm: (laughs) That is fantastic advice Darren. Thanks for speaking with us today. We will be following your Twitter @darrenturner007 all weekend long for updates on the 2015 24 Hours of Le Mans. God Speed! 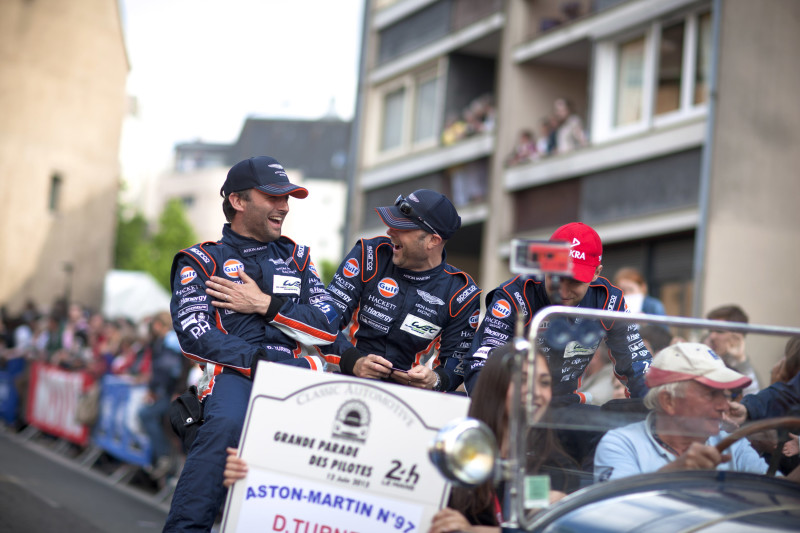 Filed Under: Culture, Featured Tagged With: Aston Martin, auto, automotive, interview, Sports
Recommended reads:
How To Be A Better Man
Best Men’s Sites and Blogs
Pendlay Rows – What To Know