You are here: Home / Culture / Dan Ariely on Life, Love and Finding Your Own Success

Dan Ariely on Life, Love and Finding Your Own Success 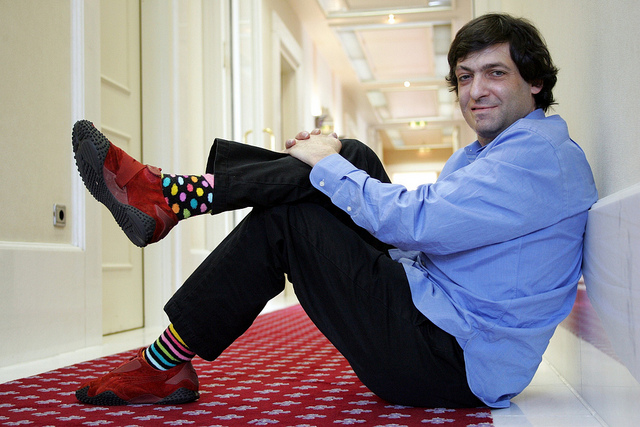 Dan Ariely is a serious behavioral economist; He is a mesmerizing speaker on TED, a film maker (i.e. The Dishonesty Project) and a New York Times Best Seller, who by the way just released a killer new book earlier this week called Irrationally Yours. 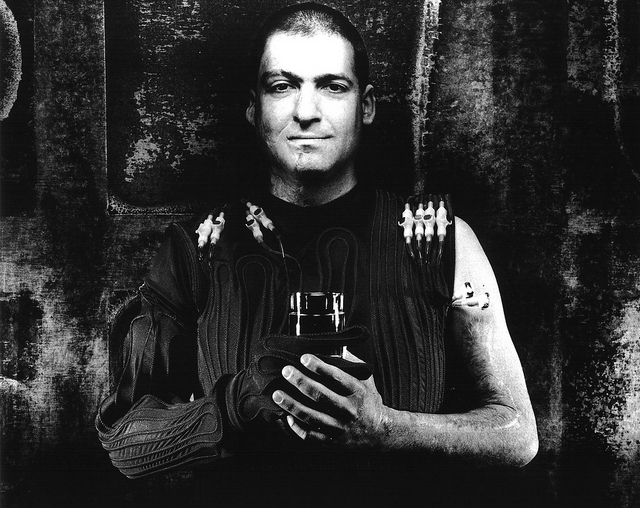 But Dan is also the survivor of a serious explosion. He is our hero, a superhero and an inquiring mind with the gift to describe complex human behavior with the humor and simplicity that allows it to be easy to understand. And if you’re saying to yourself about now, Come on already, you’ve talked this guy up enough. We say, Oh no… we haven’t even begun, but we’re about to get this party started:

Urbasm: Hi Dan, we’ve been really looking forward to this.

Dan Ariely: Well, I will try to make it worth your time.

Urbasm: (laughs) What new projects have you been working on?

Dan Ariely: If you look at TED.com, they have posted another talk show by me on inequality. And we’re doing all kinds of work in that regards. Another thing we’re doing is a new project in Kenya, in which we’re trying to get people to save a bit of money. We’re going to publish a paper on that soon.

Urbasm: You have so much research out there; We know this is going to be tough, but what do you think is the most significant discovery you’ve made thus far?

Dan Ariely: If I had to pick, I would talk about how much we fall to temptation, and some of the ways we can try to fight against that. In the first Chapter of my book The Upside of Irrationality

, I wrote about how I tried to fight the terrible medication I was taking with bad side effects, and how I would reward myself with movies for taking the medication. And recently we have been doing experiments on this and trying to see how much we can get people to behave over the long term by changing the incentives in the short-term, and it is actually working very well. This started from a personal observation about the way I behaved and how I tried to overcome some challenges. We have brought that into the mainstream in which we are now using all kinds of ways to get people to behave better.

Urbasm: Behave better? So in the end people could do more of what they should be?

Dan Ariely: That’s right. And it’s not easy; it’s not simple, and it is not a one-shot solution, but at least it is a direction forwards.

Urbasm: And now for some relationship questions. What do you think is the best advice for a guy to gain the attraction of a woman? 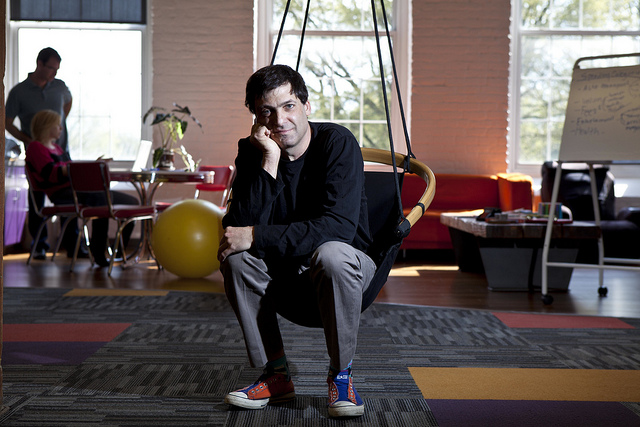 Dan Ariely: So we have one bit of research which I think will be something of interest. We did some research at a speed dating event, and what we showed is that your interest— is very important. So if you are in a club and a woman sees you and it seems like you are interested in lots of women, that’s not very appealing. But if she sees you and sees that you are interested uniquely in her, then that becomes very important. It is basically the communication of having a soul interest in somebody that is so important. That is one thing.

I would say the second thing is—and this is more about the long-term; Long-term relationships are successful to the extent that people feel respected. And respect means that you want to admire the other person to at least some degree. So, the question is, what kind of people could you respect for a long time, and be able to show them appreciation for a long time? Those are the ones you will stay attracted to the longest.

Urbasm: Would you also say that second technique would also help to keep a partner faithful over the long-term?

Dan Ariely: Yes, of course. But I wouldn’t say it is a technique. Losing respect just kills relationships, so we certainly don’t want to do something negative, but we also want to build on the positive. It is good for us, and it is good for them. So to the extent that we are admiring somebody, and we have something to work to improve—that is actually helpful to everybody.

Urbasm: Absolutely. What would you say is the biggest libido killer for women?

Dan Ariely: (laughs) This is certainly not the base focus of our research, but if I think about it—we did an analysis of online dating and tried to understand what makes people popular and unpopular. We found that the height of men is very important. So you can ask the question of two men who are basically the same. If one of them is 5′ 9” and the other is 5′ 10″, how much more attractive is the 5′ 10” guy from the 5′ 9” guy? And you could also add, what would the 5′ 9” guy have to do to overcome this situation? Basically, what we find is that an inch is worth about $42,000 a year.

Dan Ariely: So for online dating, it looks that women care a lot about men’s height, and there is a tremendous premium for that.

Urbasm: In a dating aspect, how can a man prepare himself for a first date to achieve the best success?

Dan Ariely: Are you talking about the very early stages? 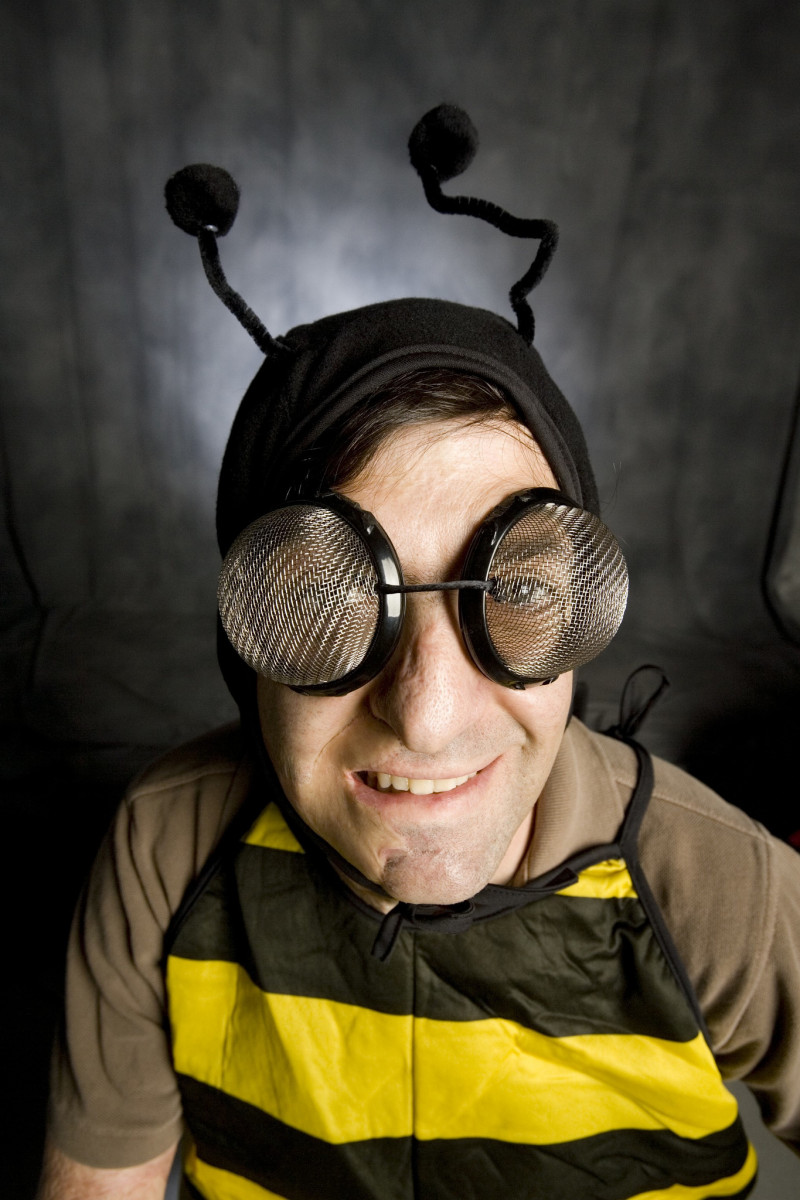 Dan Ariely: I think that courage and unique interests are incredibly important. Lots of men are just too shy to even ask. And most men are shy to ask because it is very offensive to be turned down. But if we don’t ask, then we don’t get turned down, but we don’t get to start a relationship with somebody. So for example, some very easy pickup lines actually work. Right? If you come to a woman and say, You seem like a really unique person and I would like to talk to you. You would be very likely to be successful. Of course, not 100 percent of the time, but men are so afraid of being rejected that it becomes paralyzing. And we keep on trying to think of all kinds of creative pickup lines, when the simplest lines are actually very useful.

Urbasm: We agree with that. We read some of your research about illusion, which begged the question for us: What are a few of the most dangerous illusions when it comes to a relationship?

Dan Ariely: I think it is ‘illusions of stability’. So, we have a tendency in general to think that things will continue as they are. That the world will always continue in the same way. In relationships it is particularly dangerous, because you can think that however is with you right now, will keep on being with you. And we actually don’t see the possibility that they will decide to leave, have other possibilities and so-on. But I think that we do need to understand those issues. We need to understand that relationships are inherently fragile and that we need to continuously work on them if we want them to be successful.

Urbasm: We’re on board that train. You also talk about expectations a lot. What are a few tips on how a man can use his everyday expectation to improve his life?

Dan Ariely: Expectation is kind of a magic potion, because when you have high expectation, you can actually experience the reality is actually better. It is an amazing thing. Let’s say you go to dinner, and somebody describes that dinner in an amazing way. They tell you exactly how wonderful the food is, where the ingredients are coming from, and where they got the wine, and so on. You are going to enjoy everything to a higher degree. It means that we want to spend time and attention and think about what we’re doing. In much of life we actually don’t do that. We rush from place to place, we do things too quickly, we don’t use language enough and we don’t describe things enough. If you think about it, there are lots of ways to do it.

There is one experiment where we got men who were shaving and we taught have of them a new word to describe shaving, we called ‘smoothability’. This was when you pushed the razor down and in one stroke you got a great shave. And we asked these men to shave and everyday to think about this word. At the end of six weeks, we found out that they enjoyed shaving more and were willing to pay twice as much for a razor. Now think about that. This is basically saying, take something unpleasant, like shaving, and all of a sudden you focus on the positive side of it. Woody Allen says the most important body part in sex is the brain. So the question is, how do you involve your mind in all your activities in a better way? How do we describe things to another person to make them more enjoyable? So if you understand that part of your consumption experience comes from your brain, you should basically think very differently.

Urbasm: And our final question is: What are your three best tips to improve any man’s life for the better?

Dan Ariely: I would say, focus on the long-term goals. Try not to think, but try lots of things. If they work—great. If they don’t, then abandon them quickly and try something new. That is what luck is about, by the way. Luck is trying lots of things, and from time to time things work out. Don’t worry about the percentage, score, or the number of things that don’t workout in your life. 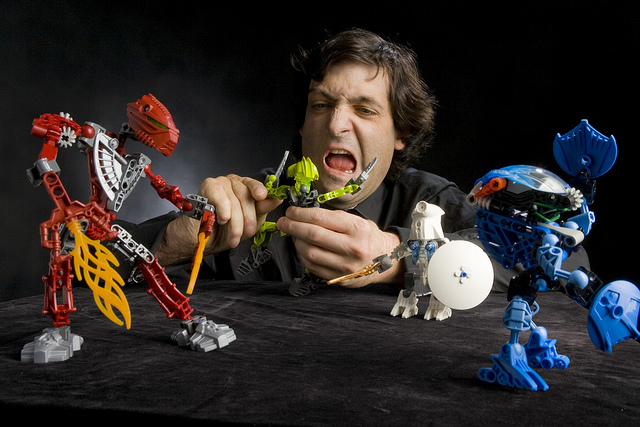 The other thing is that there is a lot of tremendous research showing that giving actually makes people happier than they expect. Usually when we get some money or a gift certificate or something, we think that the best way to use it is to spend it on ourselves. And of course if you are poor, that is true. But for many people, the results show that we would actually divide more happiness by giving things away than by consuming them ourselves. I just think that we don’t know how to give well. So getting better at gift giving is important for every man.

Urbasm: We love that. Thank you Dan, this has been fun.

Dan Ariely: For me too. These were great questions. 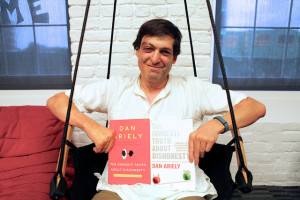 Dan Ariely is a professor of psychology and behavioral economics at Duke University, speaker at Ted Talks, and author of NY Times best sellers Predictably Irrational, The Upside of Irrationality, and The Honest Truth about Dishonesty. Learn more on his website or follow him on Twitter.
Website – http://danariely.com
Twitter – https://twitter.com/danariely

Filed Under: Culture, Featured Tagged With: culture, interview, mental health
Recommended reads:
How To Be A Better Man
Best Men’s Sites and Blogs
Pendlay Rows – What To Know