You are here: Home / Entertainment / How to Meet Women With Comedians Dave And Ethan

How to Meet Women With Comedians Dave And Ethan 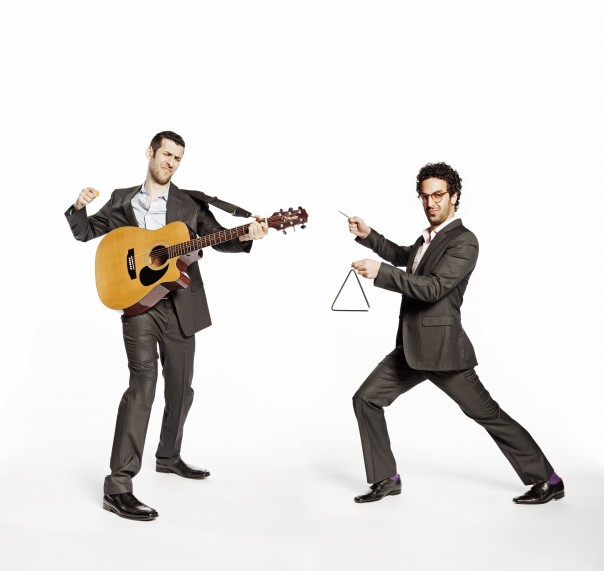 Dave and Ethan are two of the funniest guys we’d ever actually accept dating advice from. This is because these gentlemen have been on over 200 double dates together, and that may or may not include the time they brought a dog into the bedroom. But I’m getting a little ahead of our interview, so let’s start at the very beginning:

Urb: Do you guys mind if I record this interview?

Ethan: Record the shit out of it.

Urb: What kind of training have you had to become dating experts?

Ethan: We have zero formal training. We are not qualified, but we are going to do it anyway.

Dave: Our training is out in the field, whether it is alone or as a duo—so, we have a lot of experience.

Urb: That is sometimes the best way to learn.

Dave: We have been on over 200 double dates.

Urb: That is impressive. Have you ever used a wingwomen to improve your results?

Dave: We used a wingwoman, Grace Helbig, in one of our YouTube videos to see if she could help us get ladies.

Urb: Did it work?

Dave: We are not always successful, but in many instances getting a laugh leads to a date.

Urb: What is your recommended approach when using a wingperson for the first time?

Dave: I think you’ve got to get to know your wingperson before you go out. You have to be on the same page.

Ethan: On that same note, I think you should know about your wingman’s interests and strengths so you can help pitch him. You could be like, Hey, this guy over here is a pretty good hockey player. You want to inflate him; you don’t want to talk about yourself.

Urb: How do you know when a woman isn’t interested versus the fact she is but doesn’t know it yet?

Dave: You’re going to have to rephrase that.

Urb: In other words, if you meet a woman and get rejected, is it time to back off or do you believe she just doesn’t know you enough, or you haven’t impressed her yet?

Dave: I think it depends on the situation. If it is a girl at school for example, and you are in a class with her, then her opinion of you might change. But if you are at a girl with a bar, and are talking to her and she says no, then you should basically get the hint.

Ethan: I agree with that.

Ethan: Basically the rule is, if you know her and there is time to work on it, then that is fine. But if you are meeting her for the first time, then you have one shot and that is it. You don’t want to stand prayfully around her, poking her. Is that what you do? Is that your technique?

Urb: It used to be, but it never worked.

Ethan: Yeah, it won’t work for you buddy, so don’t do it.

Urb: Through some of the stumbling and awkward advances in your video series, what have you found to be some of the finer points to approaching women?

Dave: Not being too serious. You have to come into it lightly. If you come in too serious, they are going to think you’re a serial killer. 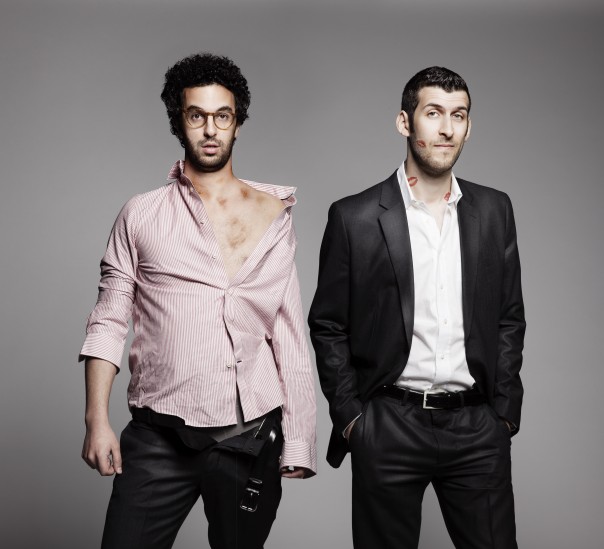 Urb: Where do you find are the best places to pick up women?

Dave: That is a tough one. We’ve had a decent amount of success in the park. Sometimes the old school notion of where a lady wants to meet her man is not necessarily a bar or anything like that.

Urb: Did you have a dog or anything?

Ethan: No dog. Well, we brought a dog into the bedroom later, but that is when shit got weird. But we don’t talk about that.

Urb: What is your best dating horror story?

Dave: Whore story? Well, I don’t really date my whore’s, I just pay for them and they leave.

Ethan: No, he said horror, not whore. The worst thing we ever had was a date in which the girls got us really drunk. We started drinking like crazy, and we totally couldn’t keep up with them. They were drinking like sailors.

Ethan: He didn’t jerk off with me. I was in the room, but he didn’t use my hand to jerk him off.

Dave: I feel like now is a good time to tell you…

Ethan: You mean, you did—you did use my hand?

Dave: Yeah, I did. It was tough for you to get a grip on it. I had a faucet, and I kept putting cold water on your face.

Urb: How does your friend Davey Wavey feel about you exploiting him and the gay community for your dating experiments?

Ethan: And we tried to kiss him but he wasn’t into it.

Urb: What are three of your best dating tips that just about any guy could use successfully?

Dave: Oh I like that. Ethan, why don’t you get us started.

Ethan: My first tip is to not be afraid to fail when you approach a lady. You’re going to come across a lot of rejection, and that is okay. That is part of the process. The more you fail, the more you learn. It is totally normal. You are going to fail one hundred times, maybe, before you actually get a date.

Dave: Number two, take care of yourself. I find that confidence is directly related to pubes. I find I am most confident when I am freshly groomed. Shower. Soap; Definitely wear deodorant–I don’t care what you think. You want to smell nice.

Urb: Do you have a recommended cologne?

Dave: I don’t use cologne, although I am not against it. I think its overuse is bad, and don’t use antiperspirant, because it is bad for your armpits. Just use deodorant.

Dave: I think our final tip would be that dating is fun, and you might want to put three exclamations next to that.

Ethan: That is the exact tip I was going to say for number three. You should remember that you should have fun whether it is a first date, or second, or the three-hundredth date. The whole point is to enjoy the time you are having with your partner. Plan something that is going to be enjoyable. Don’t get too bogged down in deep conversation on a first date. Enjoy yourself. Just have a really fun time, and show the best side of yourself.

Ethan: I don’t know if you realize this, but Dave is a genius.

Urb: And it was discovered here during this interview. 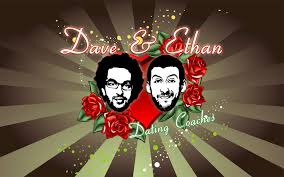 Childhood friends and comedians Dave Ahdoot and Ethan Fixell have garnered over 7.5 million YouTube views with their videos about dating. As romance experts, they now shed light on dating on your YouTube channel and on stage through hilarious demonstrations, improvisation, original songs, and LOTS of audience participation. They have performed at over 250 colleges, and were voted 2012’s Best Comedy Performers and nominated as 2013’s Entertainers of the Year in Campus Activities Magazine. They have appeared numerous times on The Tonight Show, as well as on The Colbert Report, Bravo’s The Millionaire Matchmaker, MTV’s Made, PBS, and TruTV, and write for such outlets as MTV News, MTV’s Girl Code, and Askmen.com.

Filed Under: Entertainment, Featured Tagged With: entertainment, funny, humor, interview
Recommended reads:
How To Be A Better Man
Best Men’s Sites and Blogs
Pendlay Rows – What To Know