You are here: Home / Featured / An MMA Fighter Lurks Inside You – 3 Tips to Set Him Loose 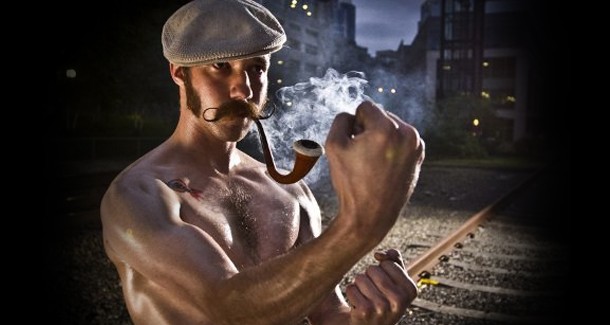 MMA Fighting Techniques can take years of practice to use effectively, but having the strength and resilience of a world class champion can take as little as several months if working with a proper strength training circuit.

MMA training can do a lot for you. It can help you to achieve greater health, happiness, confidence, and will most certainly put the odds in your favor during an attack. None-the-less, it is not just the knowledge of the techniques that will ensure you have all these advantages, but also the knowledge of your anatomy and how to take full advantage of it. We asked fitness expert and co-author of Mixed Martial Arts Anatomy, Michael Gundill, to explain what makes strength training such an important part of being a successful fighting champion.

Urbasm: What are the points on a man’s body that are his most vulnerable to an attack, and what sorts of strength training can help strengthen those vulnerabilities?

Michael Gundill: I would answer this question with another question: what are the points which are not vulnerable to an attack? Answer: there is none!

Schematically, there are four major vulnerable targets: 1.) The joints. Regular weight training are going to protect them to a point because it strengthens the bones, the muscles, the tendons and the ligaments rendering the joints more stable and more resistant to an attack. 2.) The neck. This is probably the area on which weight training will prove the most beneficial by both strengthening and thickening the neck in order to protect it both short term during a fight and long term from all the traumas it receives during all your career. 3.) The internal organs, especially the liver. Strengthening the abdominal wall (a.k.a: the core muscles) will better protect them as it will absorb more shocks. 4.) The face. In order to protect your face, you should have very resistant shoulders, able to withstand the difficulty of holding your arms up for a very long time. Specific circuit weight training will do just that.

Urb: What are the three most important muscles a man uses during a fight?

MG: I do not think that there is a single muscle that is not intensely recruited during a fight. You have to understand that your body function as a whole not in an isolating fashion during a combat. Training to isolate the biceps from the rest of the body is strictly a bodybuilding point of view that results in non-functional muscles. This is a clarification we are trying to make throughout the whole book as most sportsmen tend to train like bodybuilders do.

This is a big mistake that has to be avoided in order to be as efficient both in the weight room and in the ring. Beyond knowing which muscles are recruited the most, it is wiser to understand which types of forces are required for each form of fighting. For example, boxers need explosive strength and endurance. Wrestlers need both absolute strength and isometric strength… Each type of strength has to be trained very differently even if they recruit the same muscles.

Urb: During a fight, how would you classify the importance of having a good fighting technique and strong flexible muscles? In other words, is it possible to have an advantage over someone who has better technique, if you have better conditioning?

MG: Technique is of the utmost importance. A very skilled fighter will always beat a much stronger fighter lacking technique. But getting the proper technique is a very tedious process. On the other hand, with very little weight training, you can easily double your strength in a matter of weeks. This will allow you to get the edge over a fighter who possesses a similar level of technique as you. And if you are fighting someone with more skills than you, you would rather hit him very powerfully rather than weakly in order to optimize your luck.

This is another key point with emphasize throughout the book: how to get the most strength and conditioning out of as little weight training as possible so you can devote as much energy as possible on acquiring good techniques?

Urb: What would you recommend as a good strength training program that focuses on decreasing a man’s vulnerability during a fight?

Jason Statham owes much of his impressive physique and conditioning to his training in Jiu Jitsu. Christian Bale owes his to Kung Fu, Kobe Bryant to Jeet Kune Do, and Ryan Gosling to Muay Thai. Whichever way you look at it, these celebrity men rely on some form of MMA strength training to not only stay in shape, but maintain the confidence to take care of most any ‘situation’ on or off screen.

A man like you should accept nothing less. Read Michael Gundill, Delavier’s Mixed Martial Arts Anatomy, available at Amazon, 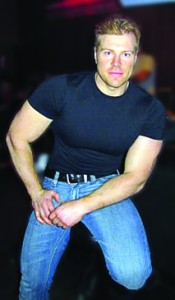 Michael Gundill, MBA, has written 13 books on strength training, sport nutrition, and health. He has written over 500 articles for bodybuilding and fitness magazines around the world, including Iron Man and Dirty Dieting. In 1998 he won the Article of the Year award at the Fourth Academy of Bodybuilding Fitness & Sports Awards in California. With Frédéric he wrote Delavier’s Core Training Anatomy and Delavier’s Stretching Anatomy.