You are here: Home / Autos / 22 Hottest Sports Cars Of All Time

22 Hottest Sports Cars Of All Time 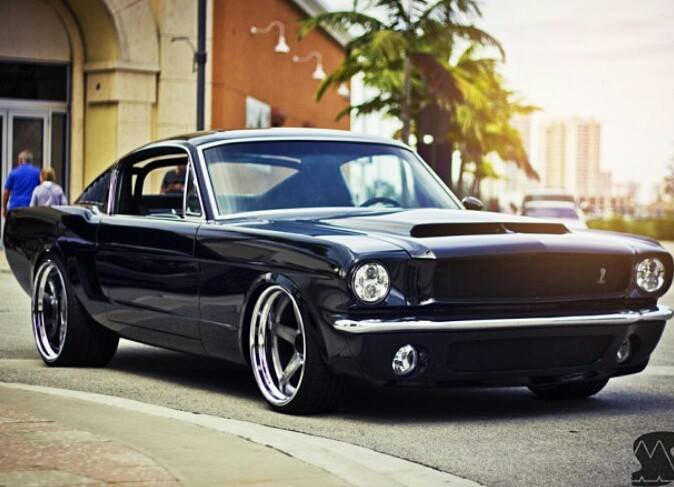 The key to defining a true sports car is realizing that everyone has their own set of parameters and guidelines. You must remember that horsepower does not always inherently equal sports car and a muscular appearance does not always designate the car for the purposes of ‘straight-line’ racing only. A sports car should be fun to drive, nimble (with a hint of danger) and above all… it should be very nice to look at. Here are the 22 sports cars we consider to be the “hottest” of all time. 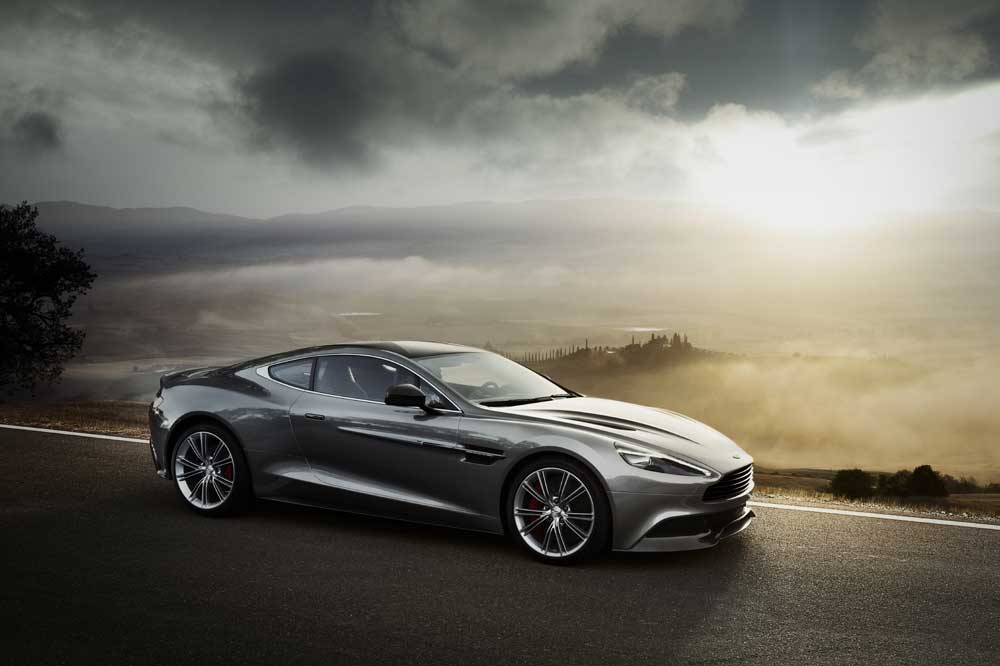 The Aston Martin Vanquish comes with a 6.0-liter V-12 powerplant, punching out about 565 bhp. It features one of the most gorgeous interiors money can buy, and if you think that a 6.0-liter V-12 sounds spectacular from the convenience of your computer (or device), you should really hear one in person. 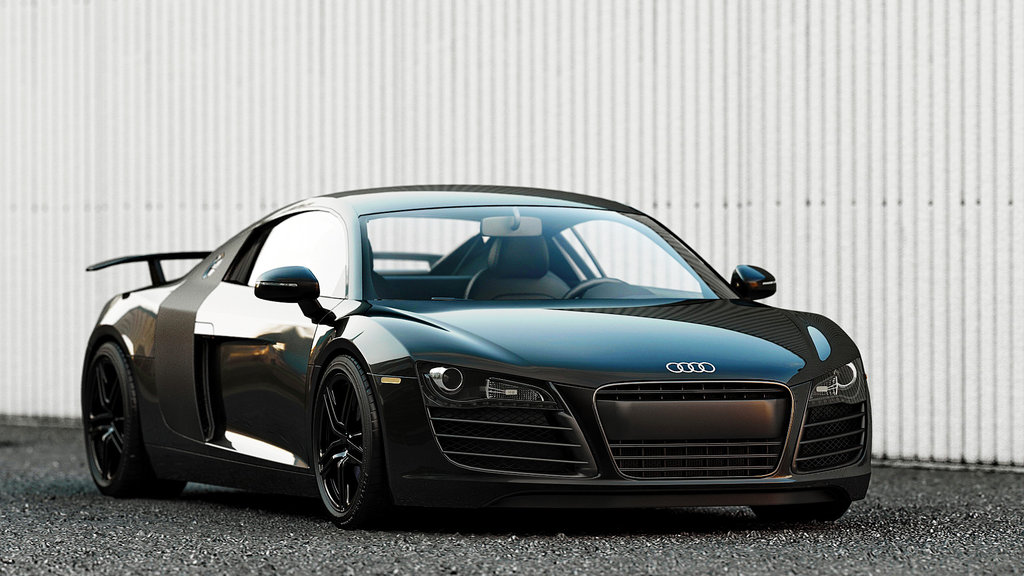 The Audi R8 has been called a re-skinned Lamborghini Gallardo. This is considering that behind the seat sits the 254 cubic inch (4.2-liter) V-8 with direct fuel injection capable of 0-60 mph in 4-seconds. It can punch out a quarter mile in 12.6 seconds (113 mph), and could unfortunately also break an elephant’s back with its hefty 3,500 lb curb weight. But we love this car anyway – we really do.

The GT40 is and will always be one of the greatest influences in automotive racing history. It was initially built as a collaboration between America and Britain with a 289 cubic inch engine. However, it wasn’t until a 427 was added to the recipe that Ferrari’s dominance over the sport of racing… would come to a crashing halt. 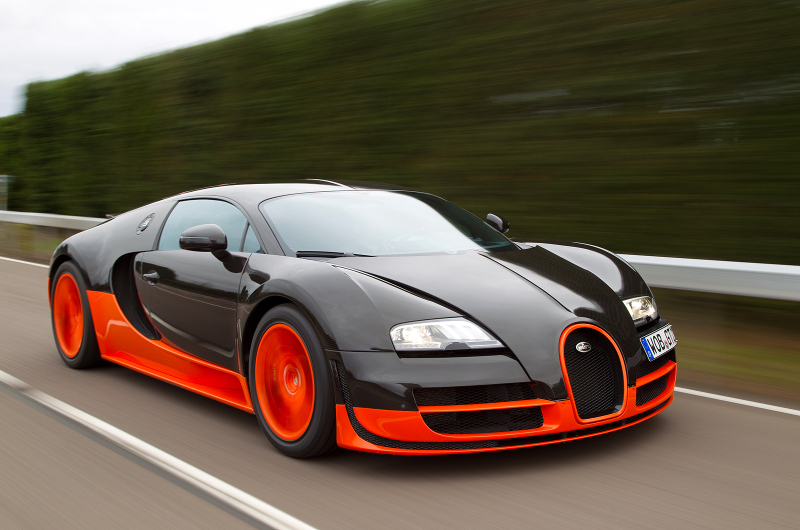 The Veyron Super Sport has been around awhile, but that’s just what happens when a supercar is built right the first time. The Super Sport Vitesse has distinguished the cars dominance in glory with a 1,200 horsepower W16 8.0-liter powerplant capable of speeds up to nearly 270 mph. What comes next… we can only hope will be just as magnificent and long-lived. 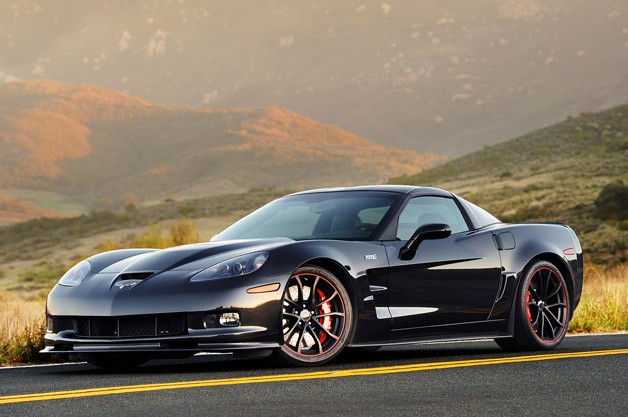 While the Corvette ZR-1 is without a doubt a performance warrior, it is more than anything… an elite and refined supercar. Yes, it may be a Chevrolet, but we claim the right to call it a super car.  Zero to sixty can be reached in a scant 3.3-seconds, which would annihilate just about anything else on the road with absolute humiliation. 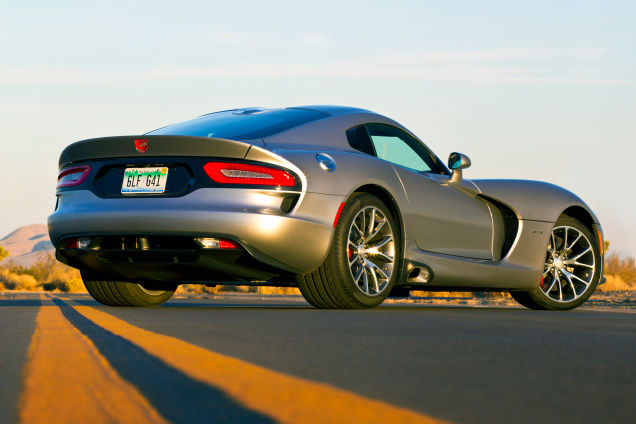 The Dodge Viper is rather crude, rude, loud, unsophisticated, inconvenient, impractical, possibly a little ridiculous, and one of the most enjoyable vehicles an enthusiast will ever experience. For 2015, the Viper returns with a 8.4-liter V10, delivering a respectable 645 horsepower. With an introductory price to $84,995, if we had to choose between this and a Corvette Z06… it would be a very difficult decision. 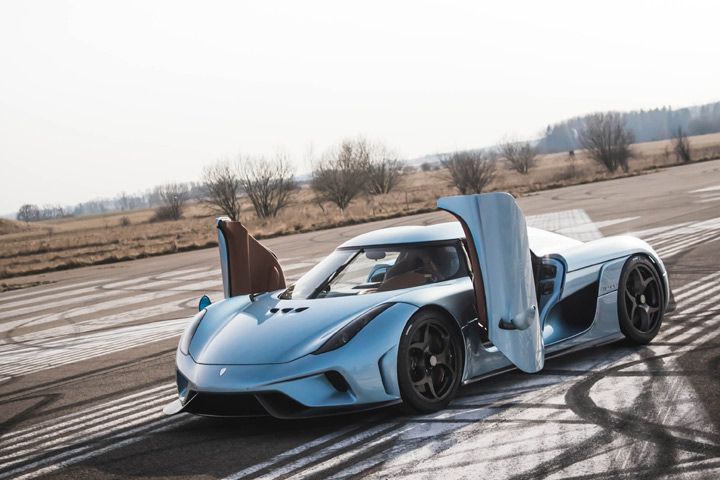 The Regera is partially powered by a 5.0-liter twin-turbocharged V8 worth a staggering 1,100 hp. And then to take up any slack that engine choice may have caused, Koenigsegg added a 700 horsepower electric motor to the mix. And according to reports, its 9 kWh battery pack can maintain 31 miles on electric-only mode, which isn’t too bad as electric hypercars go. ‘Speed costs money,’ and this kind of hardware won’t come cheap at around $1.9 million. 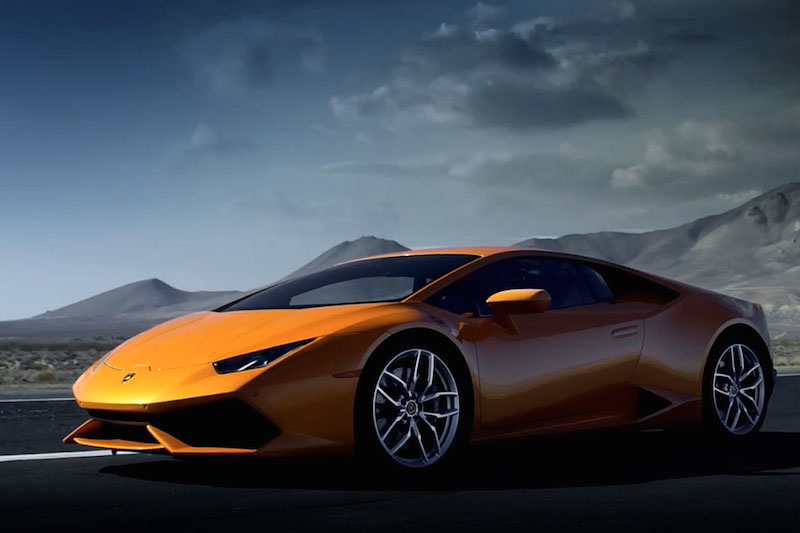 The Lamborghini’s Huracan boasts a very respectable “entry level” horsepower rating of 602 from its stout V-10. This results in a very astonishing 0-60 in just 2.5-seconds (according to Road & Track) and a massive top speed of 202 mph. 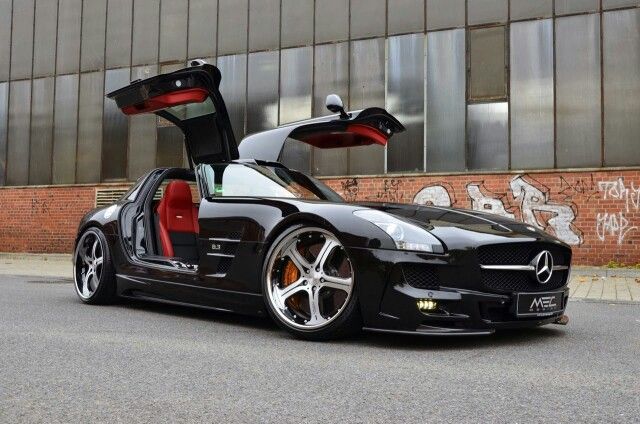 The Mercedez Benz SLS AMG comes with the fundamental go fast hardware: a 560 horsepower 6.2-liter V8 and 7-speed dual clutch transmission. And while it may prove to be quite a handful on the track, it may very well be about as much fun as you could have on a single set of tires (which, by the way, will only last you a couple of laps). 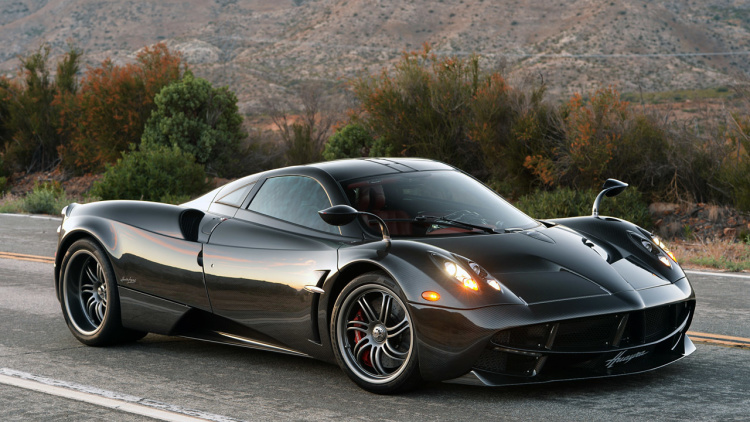 A good portion of car enthusiasts would concur that the Huayra is a great car. It features a beefy 720 horsepower 6.0-liter V-12 sourced from a Mercedes AMG. And if you’re willing to forgo street legality, their upcoming Nurburgring Edition promises even more horsepower, more torque, and 0-60 in just 2.6-seconds. 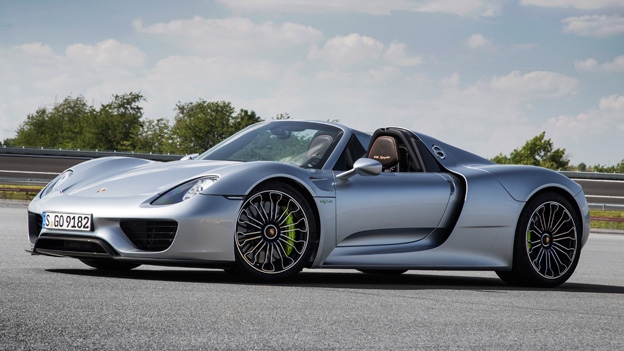 The Porsche 918 Spyder is a marvel of technology. It features a 680 horsepower 4.6-liter V8, which is free of all auxiliary (belt-driven) accessories, including an alternator, power steering, and air conditioning. Its petrol engine is matched to a 154 horsepower electric motor attached to the rear axle, and a 127 horsepower electric motor to the front. The combination is good for 887 horsepower and 0-62 in 2.8-seconds, which is just a few ticks slower than the McLaren P1. 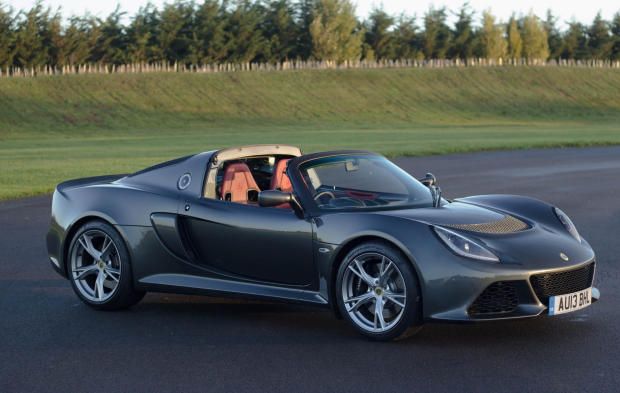 In order to build a supercar out of a 190 horsepower supercharged Toyota 1.8-liter, Lotus needed to think small, light and strong. And that is exactly what they did with its minimal sound proofing and removable canvas top. The end result was a loud and raw street racer weighing in at only 2000 lbs. For maximum fun may we recommend the Exige S, which adds supercharging to the motor, making it good for 240 horsepower. 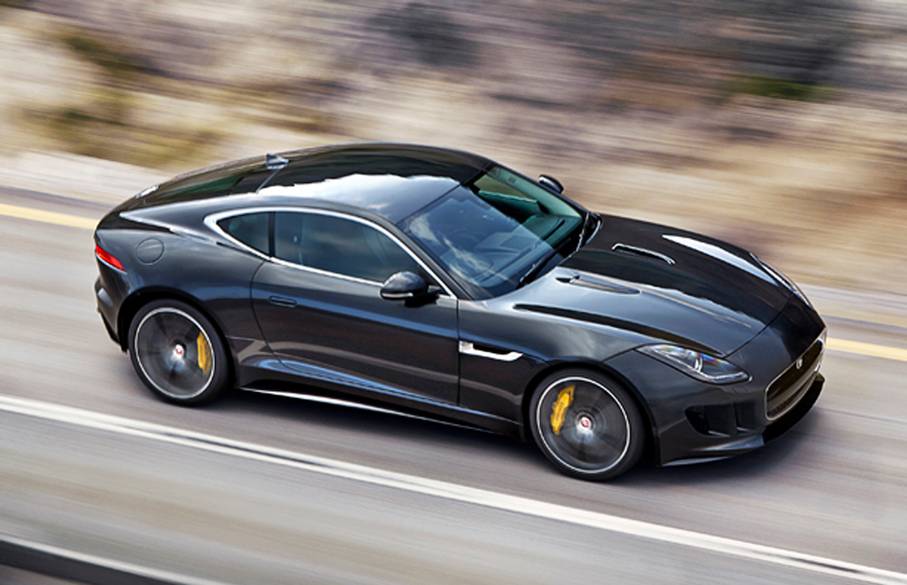 We absolutely could not wait for this car to be released… and when it did, we were not disappointed. While the stock model comes with a 340 horsepower V6, you can upgrade to the F-Type S V6 which is good for 380 horsepower. However,  if you want to do it right, we’d recommend the F-Type S V8 offering no less than 495 horsepower. 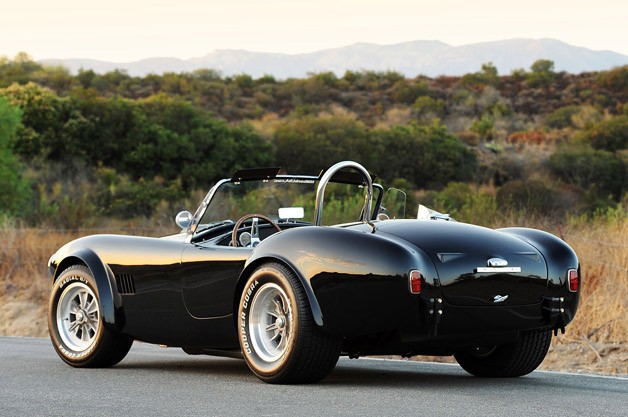 The Shelby Cobra 427 was designed out of a very simple equation: Large Engine + Small European Roadster body = Race winning performance! Driving one was, and still is, like getting in a boxing ring with a gorilla. The only difference we can see is that getting the sh** beat out of you from all the wind whiplash over the open top… will only leave you grinning more. 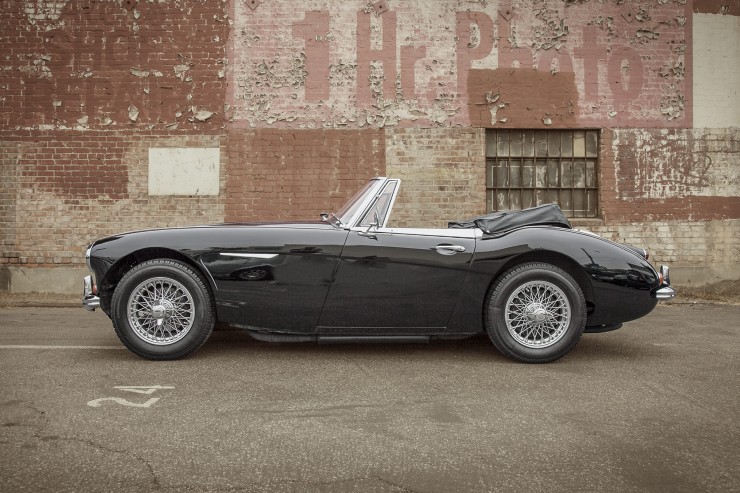 When you hear the ‘old guys’ reminisce back to masculine sound of the European six-cylinder, don’t be fooled by the word, “six”. The Austin Healey 3000 had a wonderful whomping soundtrack and delivered its impressive torque curve with any combination of one to three carburetors. This was a race-winning design (and status symbol) that dominated most other manufacturers back in the hay day of gentlemen’s racing, and in our opinion, it still does. 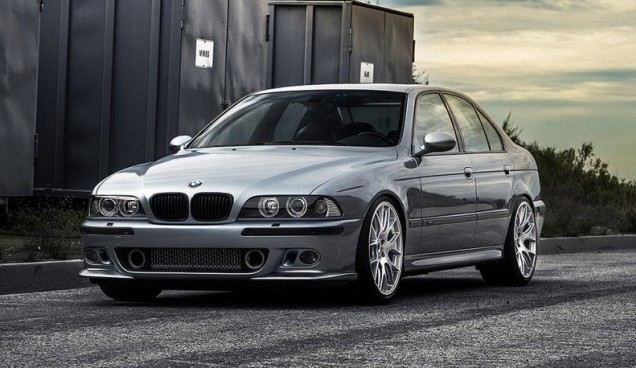 What? Are we calling a four-door BMW saloon a sports car? Yeah, we are because it’s our list and we consider the performance, handling and value of the BMW E39 540i to be stellar enough to wave the two-door rule. Don’t get us wrong, we love the M5 and M6, but Fitted with the M-Sport package, nearly 300 horsepower, and a 6-speed manual… the E39 was just an incredibly refined grocery getter, even to today’s standards. There are not many saloons that you can sit in the drivers seat and truly forget about the other two doors directly behind you – but the E39 accomplishes this task masterfully. Its soundtrack is absolutely gorgeous too if you’ve never had the pleasure to hear it in person. 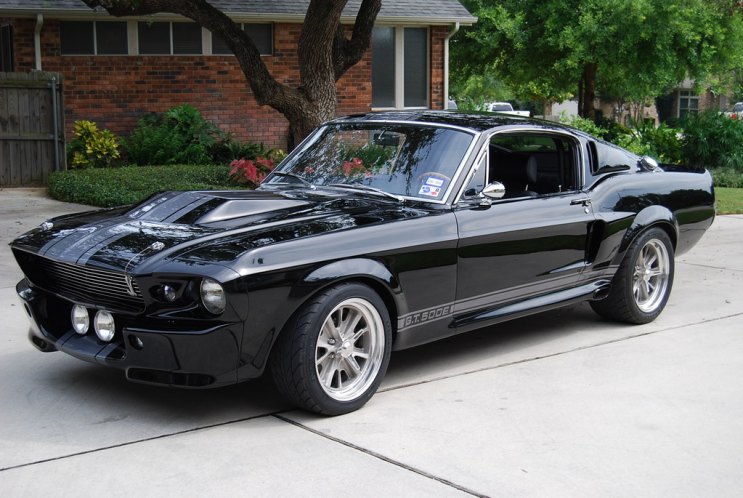 First, let’s clear up some confusion here about the name. The Mustang GT500 was the big block version of the Mustang GT350. While the “350” was named simply because it was approximately 350 feet from the engine shop to the assembly plant at the Shelby plant, the GT500 was named because Carroll Shelby simply believed… it “sounded right.” Well, that sounds about right to us, especially at full throttle. 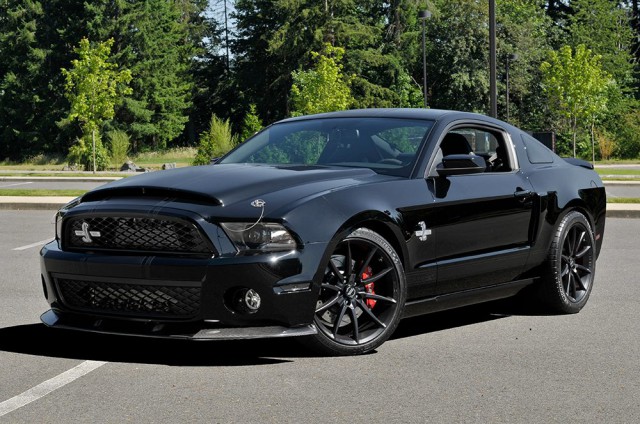 The Ford Mustang GT500 may not offer up a lot of creature comforts for its $60,000 buy in price. However, we can pretty much guarantee its 662 horsepower V8 will put a smile on your face, assuming you know to let off the accelerator at the first sign of things getting a bit ‘sideways’. 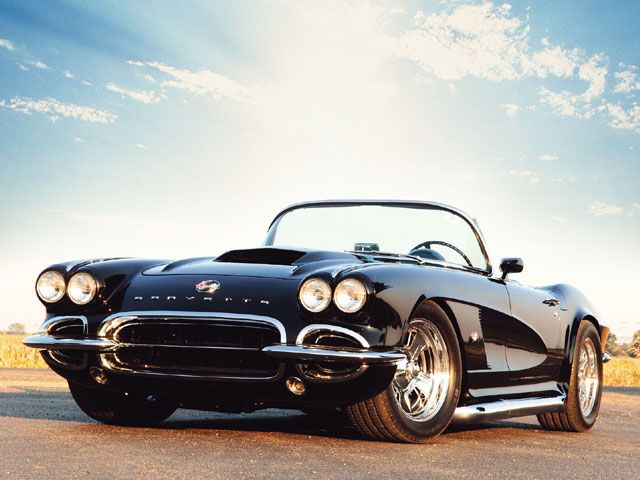 Back in 1961, Car and Driver magazine gushed about the newest Corvette’s 327 cubic inch fuel injected V8, which provided 360 horsepower of fun and excitement. They loved its new blacked out grille and side exhaust and claimed it was a “good investment, both financially and in terms of some of the most exciting driving to be had.” Yes, and we still agree with that statement. 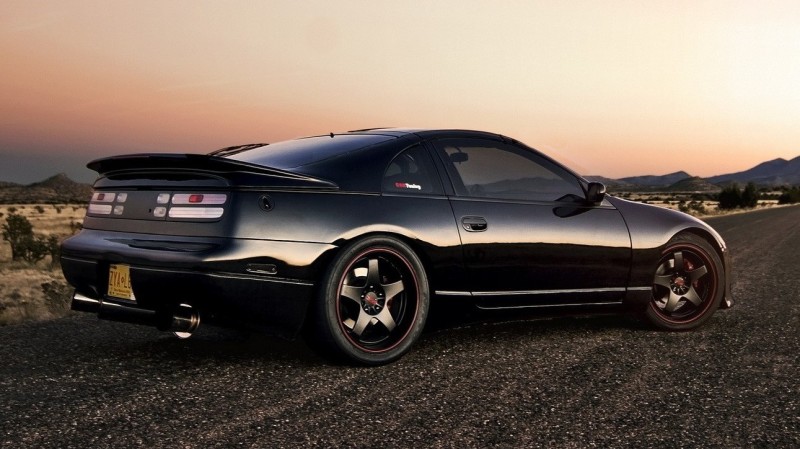 The question has been brought up a thousand times: Is it truly worth it to restore a worn out Nissan 300ZX? Let’s see, these are very affordable ‘at the moment,’ the parts are fairly inexpensive and it is not a particularly difficult car to work on. They came with an overengineered 3.0-liter twin-turbo V6 worth about 300 horsepower, but could (and can still) be easily upgraded to 500 horsepower. In short, may we answer that question with a resounding – Yes! 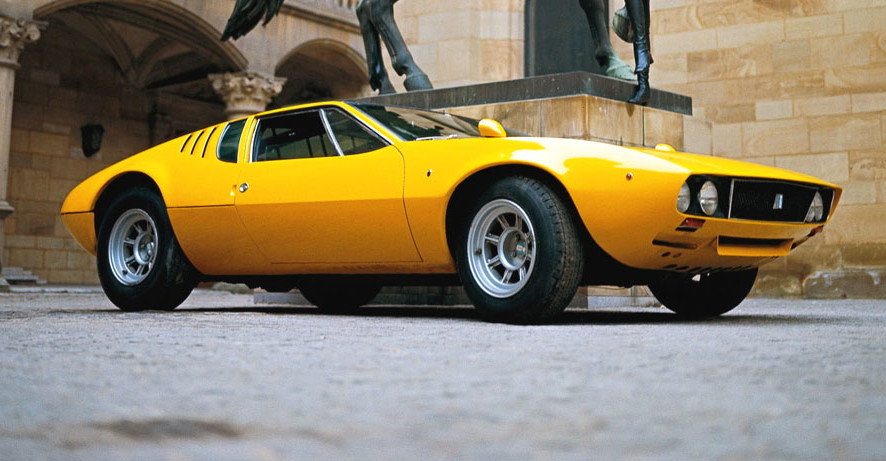 The De Tomaso Mangusta, or “Mongoose” was as American as Apple Pie, considering its 289 cubic-inch engine (302 for North America) that was actually borrowed and tuned to the same specifications as the infamous Shelby Mustang GT-350. It was a mid-engine “sports car” designed and built by Alejandro de Tomaso, an Argentine race car driver. About the only thing bad you could say about this car is that it was a handful to drive, but as long as you could keep your wits about you during hard corners it was certainly fun (and still is). 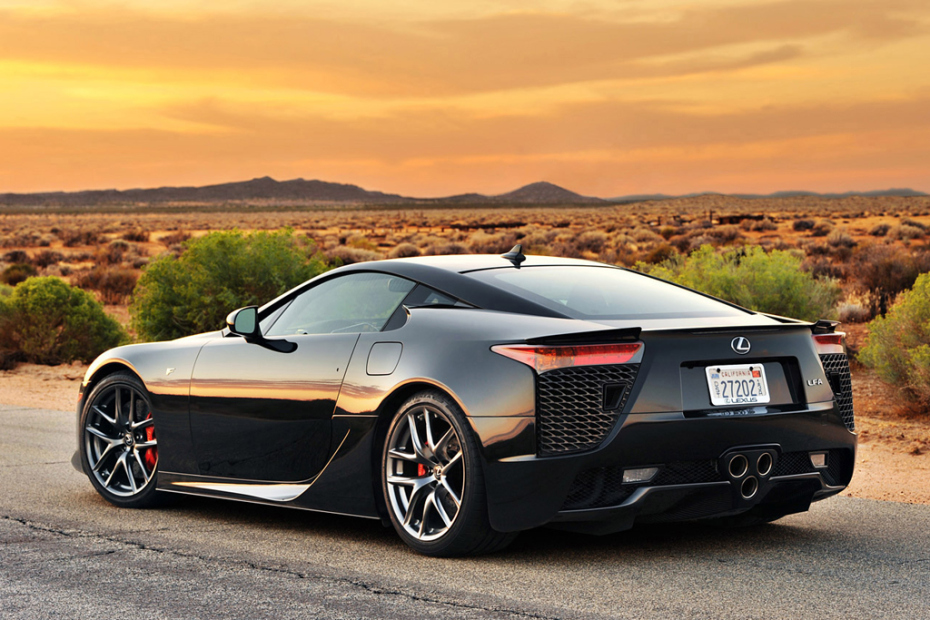 The Lexus LFA was a well-designed car with a poorly executed marketing and pricing plan. It didn’t impress anyone with its 552 horsepower because this was not meant to be a car of brute force, but rather precision machine. Its engine revved so quickly it needed a digital gauge just to keep an accurate reading. Its carbon fiber was woven into a complex loom that was so intricate and groundbreaking, that Toyota didn’t even want anyone to see it out of fear that a competitor would copy it. Yeah, this car may not have been built for everyone, but those who can appreciate its ground-breaking technology will have to admit it was a damn fine machine.

BTW – This article by RideLust offers up 50 more suggestions in case you need some help in coming up with even more examples of the ‘world’s greatest’ sports cars.

Filed Under: Autos, Featured Tagged With: Details, muscle car, sportscar, super cars, the greatest
Recommended reads:
How To Be A Better Man
Best Men’s Sites and Blogs
Pendlay Rows – What To Know