You are here: Home / Culture / Why Bassforms are the Definition of Luxury and Class

Why Bassforms are the Definition of Luxury and Class 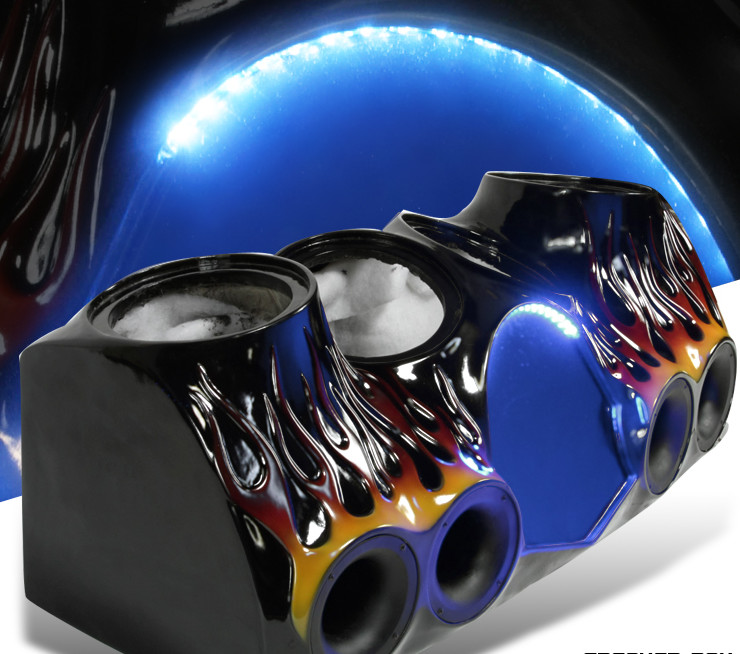 When Sean Combs or Jamie Fox are in the market for a speaker enclosure, they don’t run down to Best Buy to see what they have available. They call up Bassforms and explain to them exactly what they need, and then leave the design execution to the experts.

And once upon a time, you needed to have stacks of Grover Cleveland’s ($1,000 Bills) to get that kind of service, but that is not true anymore. Bassforms has expanded their operation and now makes handcrafted acoustic solutions for a good portion of domestic cars as well as supercars. They are soon to be in your home, around your ears and on your smartphone and tablet—and we wanted to be one of the first ones on the bandwagon.

Our mission with all of these designs is to enhance sound without using the space of your vehicle. That is the beauty of what we do, and why people love it.” 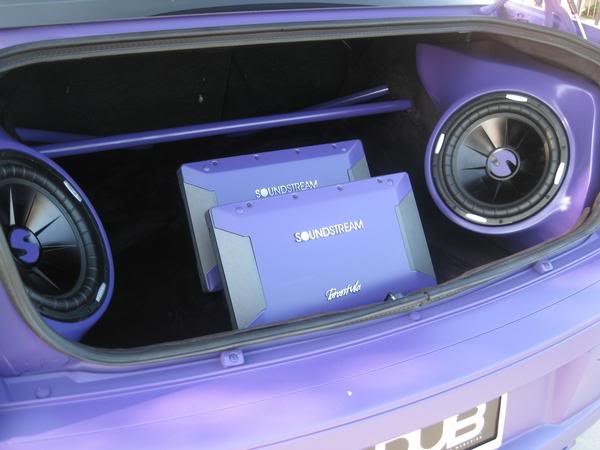 Nima Saati: It is a consumer electronics acoustic solution. I am sure you know who Bose and Harman Kardon is, and what they do is mainly plastic injection. I am the first ever to make a handcrafted, hand fabricated and painted solution that can be formed into any shape and still get a sound of it. So you can have a sculpture in your house as your speakers. I also make the best acoustic solutions for some of the most luxurious cars in the world. We’ve worked with everyone from Rolls Royce to Lamborghini to Ferrari, and a lot of our volume goes to anything from the Ford F-150 to the Toyota Camry. 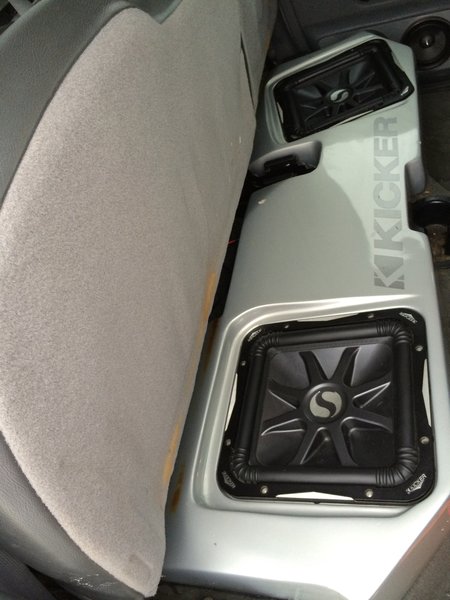 Urbasm: What about the Dodge Ram?

NS: Yes, we have the loudest Dodge Ram bass in the world (pictured above), and we mean it literally. Our Tesla Designs, Corvette and BMW 4 Series are launching next month. Our mission with all of these designs is to enhance sound without using the space of your vehicle. That is the beauty of what we do, and why people love it. We also make boat products, home audio acoustics, and now we’re going after the smartphones and tablets. 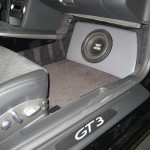 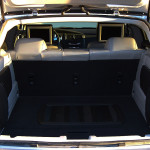 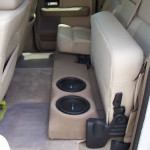 Urbasm: So companies have a lot more options with your product, because you can form a speaker enclosure into whatever shape or color they need?

Urbasm: That’s your baby, now who is the the man behind the Bass?

NS: I have lived in five countries. I speak almost four fluent languages. I double majored in Business with a Bachelor of Science from Northeastern University. I came up with this patented idea at a very young age, and basically bootstrapped—became my own Steve Jobs and went around the world to launch my product. And the next thing you know—the thing blew up (laughs). That is the best problem to have, and up to today we have more demand than supply, which is still an amazing problem. 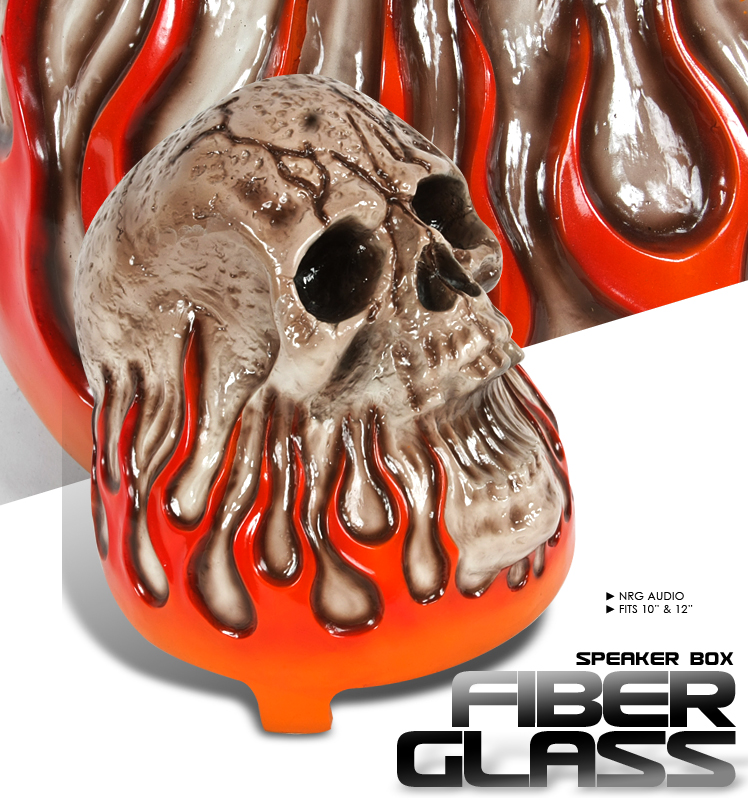 NS: We have an exciting year because I am launching a couple of amazing products for Apple for your smartphone and MacBook. We tried to visit that in 2009, and some of the prototypes didn’t go the way we wanted, so now we’re back at it again. We can’t live without our phones, right?

NS: We also have a whole new accessory line coming out that is lifestyle oriented. Accessories that are user friendly, convenient; something that people can take it places, like a headphone. We’re gearing towards something that is along the lifestyle of becoming a trend. I am the only one around—ever—to be able to handcraft a product out of any painted colors. We’ve already done an American flag, camouflage… so this year we’re going for the real beauty of colors. When you go to a Best Buy you are going to see Logitech, Dre Beats and Bose, and then you will see these beautiful, handcrafted, colorful designs, and become naturally attracted to that. I think that is what makes what we do so unique.

Urbasm: How did you hook up with companies like Lamborghini, Bugatti, Porsche and Ferrari? 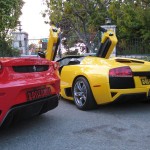 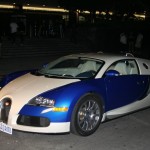 NS: We’re the only acoustic solution for premium sound for these top cars in the world. My passion has been cars my whole life. And I was also always the guy breaking apart the piano and stereo and putting it back together. That is where it all started. When I came out of college, I had already created a business plan and we were already presenting out product to venture capitalists. By the time I was done, I moved to California and got into the retail side of electronics. Long story short, I was catering to a lot of the high end people in Orange County. You know—the Kobe Bryant’s and Dennis Rodman’s. All of these guys, they don’t have one car; they would have five to 10 cars. They would come and ask me to make these products because they had the money to pay for it. So my engineers would hand-build and handcraft them, and we charged thousands for this service.

Urbasm: So business was good. What was the tipping point of your success?

NS: I’m going to keep my mouth shut and pursue my idea. An idea came to life by simply knowing the outcome, its gonna be huge and it sure is to this day. To take that risk to get a booth at CES and the biggest trade shows around the planet, and say my product will win. The response came back really good. I now have over 200 designs. And the important thing to remember is that I never had venture capitalists, I never had funding behind me—which made it that much harder. If you believe in something; don’t ever let anyone tell you no.

Bassforms supports our troops too.

Urbasm: How did you deal with the people who did tell you no?

NS: We never gave up. We wouldn’t hunt them down, but we’d call back and try a new strategy. We’d say, ‘We’ll ship you a product for free. If you don’t like it, we’ll come back and pick it up at our cost.’ The next thing you know, ten years later, the guy is still our client.

Urbasm: Who is one of your greatest heroes in business?

NS: Obviously Steve Jobs, and the reason why is because he made a difference in the world, he had a vision and knew that if he went beyond the tipping point he could make it happen. And… while I didn’t create a phone (laughs), I can promise great things to come.

Urbasm: Did Steve Jobs play a role in the initial success of your company?

NS: We knew that Steve Jobs was doing something up north with like 100 engineers, and we knew that the iPod would come out. So, I was one of the first people to put iPod’s in vehicles. I was on the retail side. If you remember 10 years ago, satellite radio, navigation and iPod auxiliaries were never on OEM cars. We were the ones who had to test them as aftermarket, and then after it was a success manufacturers started making them.

Urbasm: What strategies have helped you the most with the success of your business?

NS: Accountability, time management, people management and performance management. Put your heart and mind into it and don’t get side tracked. If Steve could do it, anyone can do it, right?

Urbasm: What are a few of the pitfalls that all entrepreneurs should avoid?

NS: Quitting. Always roll your eyeballs in 360 degrees. In other words, look to see who is in your surroundings. Who are you talking to everyday. If they are telling you to let it go because you can’t do it, you need to block out those voices. The people around you are very very important, because they care for you, so they will tell you to move on to the next thing. You have to turn them down in your brain and just keep going.

Urbasm: What are the three things that every entrepreneur should know, according to Nima Saati?

Balls (laughs). Do not take no for an answer. I’d call sales reps morning to night, and people would hang up on us, and we didn’t give up. Nobody knew who the hell we were.

Urbasm: But they do now.

And we’ll leave you with more of Bassforms handcrafted, hand-painted glory: 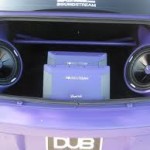 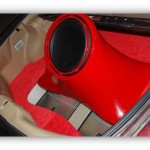 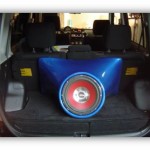 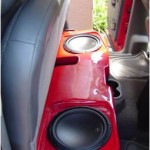 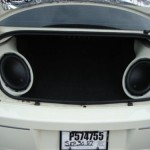 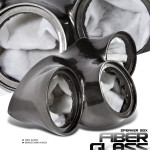 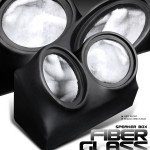 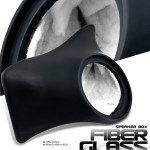 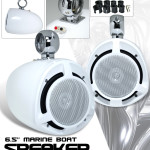 Get more information on Bassforms here. 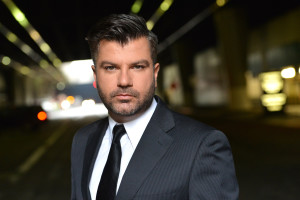 Nima Saati is a tech entrepreneur and private equity executive. He connects and works with everyone. His wide list of friends and business contacts ranges from the heads of Walmart all the way to some of the most affluent people in the world. His name is synonymous with luxury, class, and lifestyle. His first company got its start in the luxury car market. His first clients included the highest end luxury cars possible, like Lamborghini, of which he has won several awards for his designs.

Filed Under: Culture, Featured, Tech Tagged With: Details, interview, speakers, tech
Recommended reads:
How To Be A Better Man
Best Men’s Sites and Blogs
Pendlay Rows – What To Know