You are here: Home / Career & Money / How to Answer the Most Commonly Asked Job Questions

How to Answer the Most Commonly Asked Job Questions 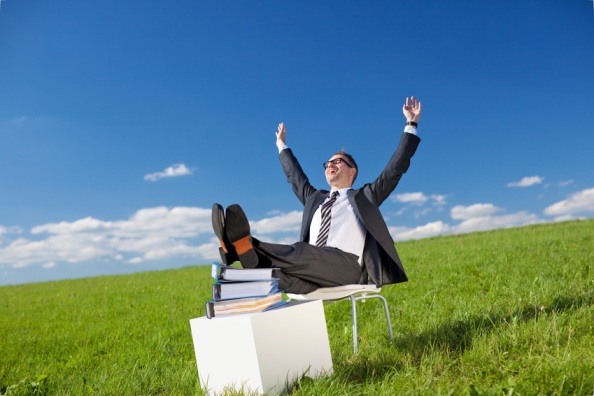 A Job interview has nothing to do with you.

That’s right, you read that correctly. You may have thought that in order to get the job you want – you need to walk into that interview platform with more revelation, creativity, exhilaration, and passion than any other candidate. And while it doesn’t hurt to have natural talent in the field you are entering, one of the most important things you can do to increase your chances in the job market is to understand how a company thinks.

You may have gone through your life working to be the best at everything, building an impressive resume, perfecting your first impression, maintaining eye contact, to even buying the right underwear. But that is just the thing. A job interview… well, it actually has very little to do with you. It is not about your stellar achievements, awesome character, or bright ideas – it is about the company and what you can do for them.

“Ask for an exploratory meeting, so you can find out more about the company,” says Bettina Seidman, a career management coach at Seidbet Associates. “Never say that the company can find more about you, this is a common mistake that a newbie will make.” And if you been paying attention so far, we’ve already got your foot in the door of the job of your dreams – and they aren’t even necessarily hiring yet. But that is exactly the moment when you want to be doing an interview. In a world where timing is everything, you’ve got to make your own time to give yourself an advantage, and you can make a call to the hiring manager regardless of a position being open in the company. Why? Because you are interested in learning more about the company, and it also just happens to be a good idea to get your name in the hat as early as possible.

“Be strategic in your approach,” says Seidman. “Learn as much as you can about job and organizing, and even the person who is interviewing you.” During an interview, remember that all responses need to be market driven, meaning to emphasize what you can do for the company, not what the company can do for you. A company is never on the lookout for a star player. what they are looking for is a team player. And this is one of the key elements that many potential employees miss out on – because they are just too focused on impressing the interviewer with facts and snippets about how great you are. And this is an easy pitfall to find yourself in because most of the questions asked are interpreted as a chance to gloat on and on about you. But there is an etiquette to winning over an interview, and it starts by perfecting your understanding of these common interview questions:

Tell me a little about yourself?”

“They are not asking for a chronological history of your life,” says Seidman. “This is four to six sentences of a summary of your background that responds to the job itself.” A lot of people will fall into the trap of thinking that this is their big moment to dazzle the interview with a huge list of your achievements. Remember that this has nothing to do with you, so keep some of those honors that don’t relate to the company in your hat. You may get a chance to pull them out in later questions. There is no need to be in a hurry to play your best hand. You’ve still got 10 to 15 minutes of this interview to go.

What is your greatest weakness?”

“Don’t get caught like a deer in headlights, be very strategic, answer in terms of the job, and don’t admit your worst screw-up,” says Seidman. “Instead of ‘weakness’, think ‘professional development’—this might include technology classes, graduate degree, or learning a foreign language.” And once again, tailor these thoughts to the company. How would you improve yourself to be an even greater asset to the company? And I am not talking about what you need to do to climb that ladder and get to the six-figure salary range, they want some tangible thoughts on some development strategies that could really come in handy for the company. Think outside of the box (it is okay for you to do so).

Who is a role model for you?”

“What this question is really asking, is what kind of a person are you,” says Seidman. Isn’t this interesting. The one question that is really mostly about you, and yet it isn’t even being asked in your direction. This is because most interviewers know that sometimes the best way to climb into the head of a complete stranger is to walk within their entourage.

“But do not use family members,” says Seidman. “Use somebody who can be admired on all levels, and is either well known in the profession, or an admirable public figure (ex. Bill Gates, but try to be a little more creative than that).”

Do you have any questions?”

This is another question that often stumps job seekers. You may want to appear confident and sure and as if you already know everything there is to know about the company, but answering no is usually not your best option. This is your opportunity to shine as a job candidate because it puts you in the position to demonstrate that you have some legitimate interest in the company. With that said – “Never ask about salary or benefits,” says Seidman. “If you do not have an offer—you do not need to know this answer.” Remember, this meeting was set up for you to find out more about the company, not the other way around.

One of the best all around questions to reply to this question is: If I were to be hired, what would be the first project I would work on? “This is basically like saying, I am so interested in this job I can almost taste it,” says Seidman.

What were you earning before?”

“Answer honestly, and in gross annual,” says Seidman. For example, $33,000 a year, is an appropriate answer. This is not an opportunity to explore the numbers looking for a fatter paycheck. It pays to be honest, and salaries are always negotiable, of which we are about to discuss in a bit more detail.

What salary are you looking for?”

“Never say you are willing to negotiate, as that makes you sound unsophisticated—everything is negotiable,” says Seidman. “Offer a range, such as $30,000 to $40,000 a year.” If a company is interested and they can’t pay what you are looking for, they will still make you an offer, and you can ‘negotiate’ from there. There really is no right or wrong answer – the company is just trying to get an idea of what you are expecting versus what they have to offer.

Every job seeker is looking for a way to stand out in the crowd. They may accomplish this with an interesting cover letter, and a very sincere thank you letter. And while a catchy cover letter is always a good idea, a thank you letter is actually a bit inappropriate following an interview. Why? “Because these people are paid for the interview,” says Seidman. It is their job to find new talent – especially ones that are truly interested in the company.

“Instead, write a strategic follow-up letter reinforcing why you are the best candidate for the position,” says Seidman. So far we have talked about the company when being asked about ourselves, and then talked about you when asked about other people and the company, so it should come as no surprise that instead of just being polite, it is time to tell them what they could be missing out on if they choose to pass you up.

As a reminder, keep all comments based on what you can offer the company (nothing else really matters). It is okay to talk a little more about yourself now because you’ve already learned about the company. You’ve had time to process the information, and now you are practically jumping out of your skin to get in the door. This is basically a technique to give yourself a short bump to the top of the pile (i.e. a quick reminder), but it is also a chance to remind the hiring manager that you are very interested and that you understand how you could be an asset to the team if they were to give you a chance.

More Questions to Be Out on the Lookout For

Filed Under: Career & Money, Featured Tagged With: career, job interview, jobs
Recommended reads:
How To Be A Better Man
Best Men’s Sites and Blogs
Pendlay Rows – What To Know