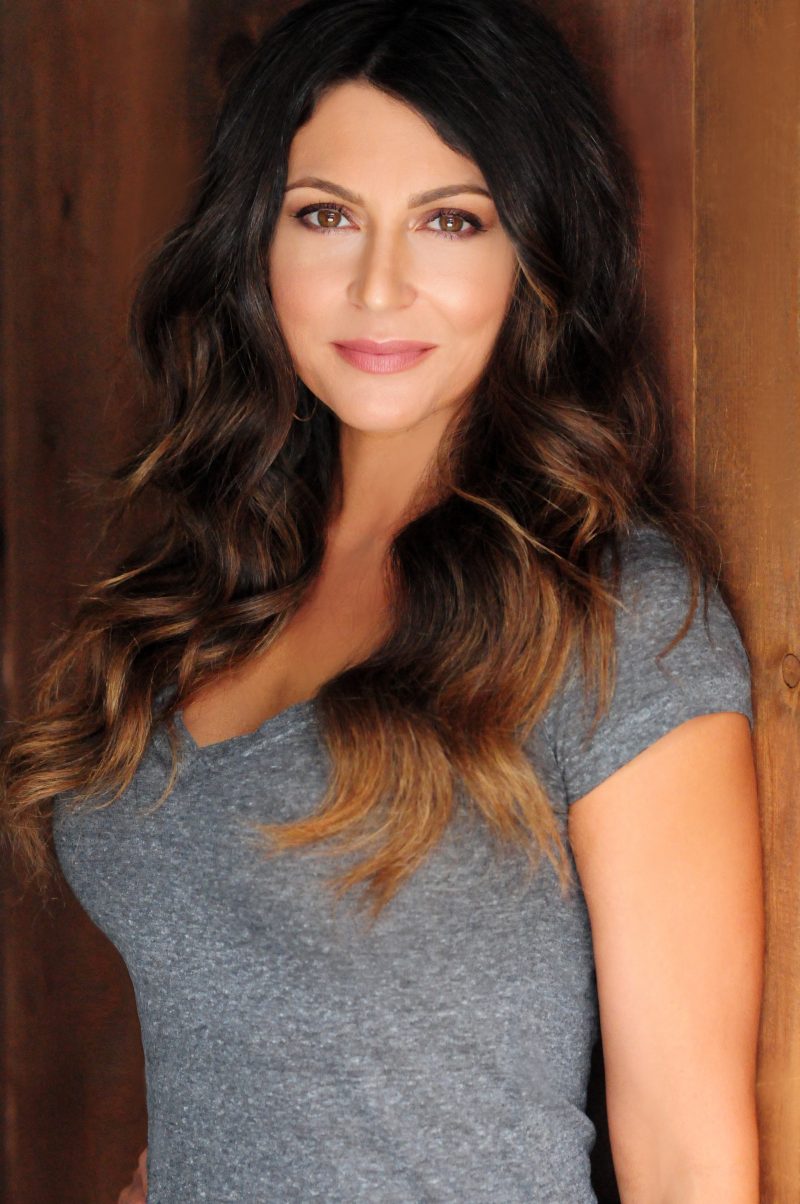 She is an actress, producer, and writer. She was crowned Miss Nevada Teen USA. She played Maya, the yellow Power Ranger on “Power Rangers Lost Galaxy” She went on from there to play some very memorable roles on “Not Another Teen Movie,” “Cabin Fever,” “Return to the House on Haunted Hill,” “It Waits,” “Monika,” and “Tales of Halloween.” She has made guest appearances on “Mike & Molly,” “Two and a Half Men,” “Workaholics,” and “Californication,” and she can currently be found playing Suzy Diaz on the Disney Channel series, “Stuck in the Middle”.

And this got us thinking. What could possibly make a beautiful woman like her, tick? And as it turns out – there are many things.

I know that everybody always wants something juicy from that question.”

Urbasm: Hi Cerina, we heard that you are on set right now.

Cerina Vincent: I am. I am on set for Stuck in the Middle.

Urbasm: And this is your… fourth season?

Cerina Vincent: It is season three.

Urbasm: Ah, well we’re getting a little ahead of ourselves. So, tell us what all you have coming up for the new year?

Cerina Vincent: Well… there is season three of “Stuck in the Middle“.

Cerina Vincent: I have played a lot of different roles in my life, but this show is really special and different. I play a mom!

Cerina Vincent: So, what do I have going on right now, you ask? I’ve got a lot of kids in my life… onset.

Cerina Vincent: And I am enjoying this comedic role as a mother of seven kids on the Disney Channel.

Urbasm: Would you even say that this is one of your favorite roles?

Cerina Vincent: It is hard to say. I am grateful for every role that has made my career. But I like to live in the moment, so because this is the role I am doing now… yes, it is my favorite. I am also working on a book for kids. Two, actually, so I am totally excited about that.

Urbasm: Will this be all you or are you co-authoring

Cerina Vincent: All me.

Urbasm: With all that being shuffled around, what would you say is at the top of your bucket list for the coming year?

Cerina Vincent: On my bucket list? That is a good question. I am a person that is always looking to be better and do better. So, I want to read more books, I want to travel more. Life is short, so I want to enjoy every moment I have.

Urbasm: Did you get to visit any awesome places last year, as far as travel is concerned?

Cerina Vincent: I went to Tokyo, Japan for a wedding the year before. I had a cousin get married there.

Urbasm: Well, LA and Vegas has just about everything you could need. Who has been a few of your favorite co-stars you’ve worked with?

Cerina Vincent: Wow. I know that everybody always wants something juicy from that question.

Urbasm: We’re not looking for anything juicy…

Cerina Vincent: I can’t pick a favorite. The movie, Cabin Fever, that I did. That was a really special film for me, and it did a lot for my career. There were a bunch of forever friendships forged that I am really grateful for. Along the way I have worked with so many extraordinary actors, I can’t just pick one.

Urbasm: Well, we can understand that. Okay, this should be an easier question for you. What would be the ultimate role for you? In other words, what character would complete your life as an actress?

Cerina Vincent: I am obsessed with Moulin Rouge. I just watched that the other night. I would love to do that film. I mean, absolutely love to do it. A big epic musical with heart and love. It is so creative… deep… you just get sucked in. I would love to do something like that. I love doing theater and doing musicals. I grew up with a theater ensemble. That is where I started acting. Something like that would make me so (pause)… complete (laughs).

Urbasm: I don’t think we have ever heard you sing in a film.

Cerina Vincent: You know, I’ve sung a couple songs on Stuck in the Middle. You don’t really know that it is me, but I am the one singing in the background. But no, I have not actually done a theater role where singing is part of the character.

Urbasm: Well, let’s make that happen. Moulin Rouge (2019) starring Cerina Vincent. Is there a film role that you would never do?

Cerina Vincent: Interesting. A role that was ‘no way’. Well, I don’t know. I can’t even think of what that would be. I mean it is make-believe… fake. What if we play a yes or no game? Do you have any examples?

Urbasm: What if it was to play a psycho killer? And it was a very gruesome and realistic story.

Cerina Vincent: I have done a lot of horror movies. I just finished a movie called The Work Wife, and I think it is going to be on Lifetime, where I play a psycho killer (laughs).

Urbasm: Well, that answers our question.

Cerina Vincent: I guess as long as the story isn’t incredibly offensive, and it is a good production with good people involved. A great director, great cast, and it is a safe and legitimate working experience… I can’t see why not. I ultimately stand for good and kindness, so as long as it fictional.

Urbasm: As an author of your own dating series, we consider you as a voice for women, so we thought we’d get some advice from you for us men. What is the worst mistake most men make during a first date? 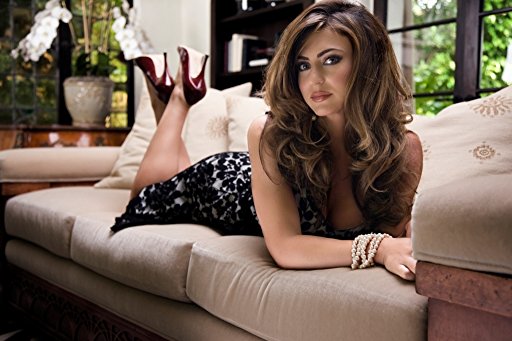 I want a man to be chivalrous and respectful.”

Cerina Vincent: Talking about their ex-girlfriends – or ex-wife. That is one mistake. In my experience, a lot of men have an end goal in mind, and they are not paying attention to the signals that women are giving. They are just operating from their goal. So, I would say to really be present and be in the moment and pay attention.

Urbasm: We knew that you’d have some great advice. Okay, what about a Wingperson? Yay or nay? Do you think a man should use one?

Cerina Vincent: I am indifferent on this. I don’t think it is a bad thing, but I don’t necessarily think it is a good thing. I would say that most women want a man to go after what he wants. If he wants something, he should go after it. It is like anything else in life. So, you don’t need this other person to get involved. But then again, sometimes it is the wing person that makes the woman feel comfortable. Like if you are being set up on a blind date or something. But I say again – Just don’t lead with… weird goals.

Cerina Vincent: The thing is, life is so much more beautiful when you let all those goals go – and you are just in the moment.

Urbasm: We absolutely understand where you are going with that. Yes, we agree. And what do you think are a few of the most misunderstood dating situations that men just don’t get?

Cerina Vincent: I think that women can be incredibly indecisive. I’ll just speak for myself – I can be incredibly indecisive (laughs), and it can be frustrating. But it is equally frustrating when men are indecisive. Even if it is just about where to go to dinner. That frustrates me. Life has changed, women are not home just taking care of the home. We’re out working like crazy to keep our lives together. So, it is nice to have a man that can make a decision.

Urbasm: Dually noted. And what are the three most important things that you think every man should know, according to you, Cerina?

Cerina Vincent: I want a man to be chivalrous and respectful. There are a lot of men looking at other women when they are out on a date. It is things like that – that if men realized how classless that looked, they would stop. Yeah, and once again – just being in the moment. Paying attention, and giving respect to your date.

Urbasm: Chivalry, being in the moment, and respect. Those are all golden. Thank you for spending some time chatting with us on the set of “Stuck in the Middle”. 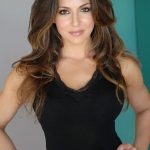 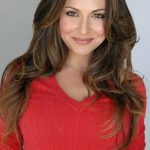 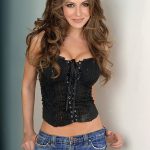 Filed Under: Culture, Featured Tagged With: actress, interview
Recommended reads:
How To Be A Better Man
Best Men’s Sites and Blogs
Pendlay Rows – What To Know