Home » Being Salvador Santana – His Music, Superpowers and Best Advice

Being Salvador Santana – His Music, Superpowers and Best Advice 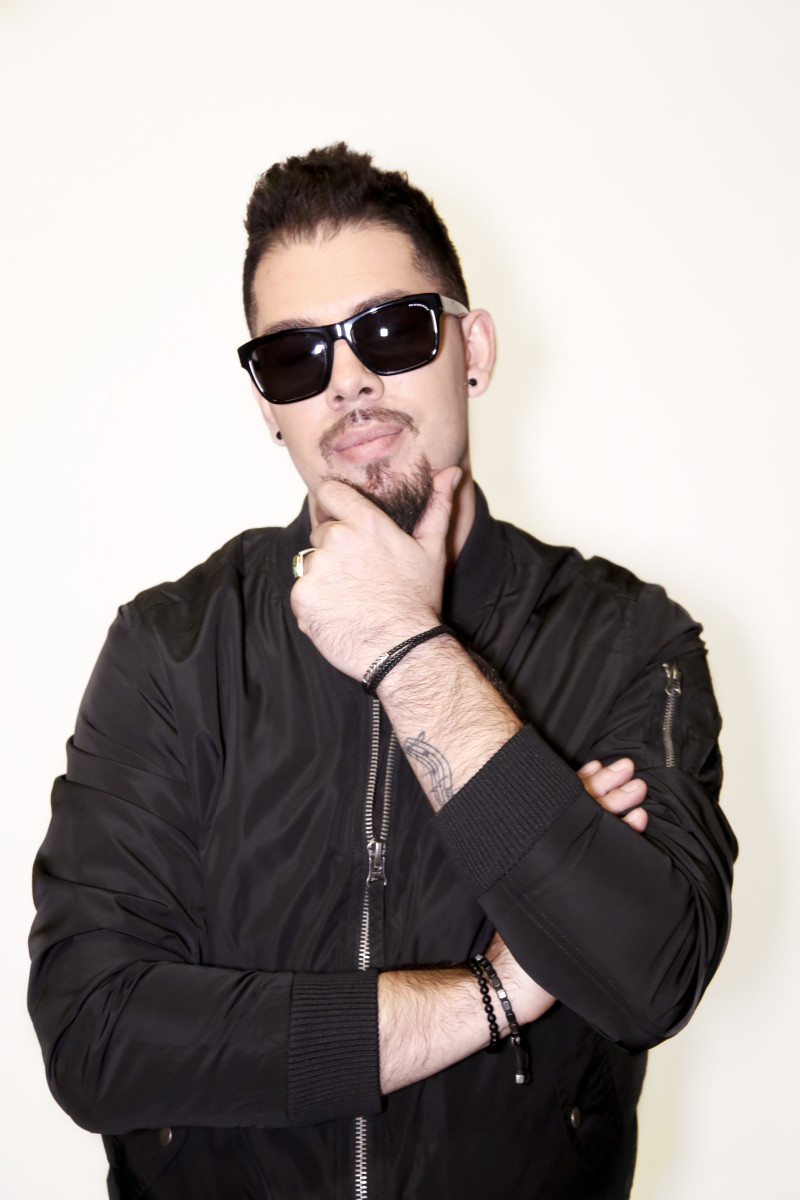 We’ve often wondered what it would be like to play the keyboard, publish many albums, win a Grammy, shoot the breeze with Herbie Hancock and jam with your father who’s a Rock and Roll Hall of Famer.

It must be good to be Salvador Santana – but we didn’t know just how good.
So we decided to ask…

Salvador Santana: How are you doing?

Urbasm: Great. So what’s going on in your world right now?

Salvador Santana: (laughs) You know, there is a lot of good stuff. I am staying focused on staying creative and constantly writing music and playing as much music as I can. I am very excited that I finally had the chance to finish and release my latest album, Fantasy Reality, a couple months ago.

Salvador Santana: I put a lot of hard work and energy into it. I am grateful that is out now and I get to share it with everybody. So far people are saying that they are really enjoying it. It is the little things like that that help me to continue my pursuit of being a better musician and continuing on my path to doing my thing.

Urbasm: And that’s how it should be. We really like your album – it has a nice mix of a little bit of everything.

Salvador Santana: Right on. Thank you for listening, I appreciate it.

Salvador Santana: You know, it is funny that you mention that, because I just got back from playing a little bit of basketball. Even though I am a musician and everything – it is amazing how a lot of artists think we are athletes and a lot of athletes think they are artists. But I am definitely only a professional in one and not the other (laughs). But it doesn’t mean that I don’t enjoy it.

I like playing basketball. I am kind of tall for being part Mexican. I am about 6’ 2”-ish and I have always had a love and appreciation for most sports, but basketball in particular. When I am not playing music, it is what gets me out of bed and motivated. I am grateful for being a musician, but at the same time it can be work. It is not always fun and glamour. It is nice to not have to think about music all the time. And believe it or not, those are the types of things that help me stay prepared and motivated.

Salvador Santana: It just doesn’t necessarily mean that I am a good basketball player (laughs). There is a reason why I get paid a little to be a musician and not paid at all to be an athlete.

Urbasm: (laughs) Yeah, and speaking of getting paid, how did the tour with your dad go a few months back?

Salvador Santana: It went from all of August to the beginning of September. It is always a joy for me to play music on any stage. In a smaller club in front of barely 20 people – or maybe just the bartender and the janitor (laughs). Or in front of hundreds or thousands of people in a big auditorium or a big festival. I am always grateful to play music in front of whatever audience. But with that said, this just made it that much more incredible – to be able to share my new album, Fantasy Reality, the song itself and the album night after out.

But lastly, and definitely not least, being able to share the stage with my father and his band, and to be able to hear my music performed on that level – was incredible for me. It was a huge honor and I have heard him say this as well, and even at the shows, always introducing me as not just his son but his teacher – and that was a big honor and I truly appreciate that.

Salvador Santana: And the feeling is mutual. We had so much fun and I think it showed. People ate up the music and cleaned their plates, so to speak, and then asked for more. That is the best feedback I can possibly get as a musician.

Urbasm: Your dad would be an awesome man to collaborate with, but who else tops your list of people you’d like to work with in the music industry?

Urbasm: Let’s say current and past.

Salvador Santana: For current musicians, obviously as a keyboard player first above any other musical instrument – the one name that comes to mind, because I have done my absolute best to follow his illustrious career is Herbie Hancock. That would be a dream come true. And honestly I can say that I am honored, had the privilege and am very grateful for having the many opportunities to meet and interact with Herbie.

In fact, in the two albums before this most recent one, Keyboard City (2008/2009), I had the chance to talk with Herbie behind the stage. He took the time to let me know that he checked out my album and really enjoyed it. And for me at that moment in time – and still to this day – I feel like I could have died right there. That was the only confirmation I needed (laughs).

Salvador Santana: All that said, Herbie would be my number one, but there are a few others though. I could see myself collaborating with someone like a Damian Marley. I could see myself with Jakob Dylan. The art of collaboration really starts with multiple people with unique talents and personalities coming together and finding a common goal.

For me, I am willing to collaborate with anyone as long as we have the common goal to make it the best it could possibly be. I am old school like that. I grew up in the eighties and I used to watch that show Captain Planet all the time and I always remember their key slogan, ‘That our powers combine.’ That is how I view a collaboration – multiple people bringing their powers and individual talents together to showcase that and make it one unique piece of music.

Urbasm: How about the past?

Salvador Santana: Deceased, I would say James Brown. I had the chance to see him perform at one of his last shows and it was incredible. Then there is Bob Marley, Jimmy Hendrix, Miles Davis… and I would probably even say Mozart or Beethoven or even someone like a Chopin. There is something about the classical players.

It would be interesting to see how they would perceive music now. They would have been like, ‘Pro Tools and Auto-Tunes, what in the heck are you all doing?’ (laughs) ‘What happened to real music?’ – Not that music today isn’t real, but Mozart would sit down and write a thirty-piece opera, like that, and people are still studying him to this day. That would be cool to collaborate with a cat like that.

Urbasm: And speaking of great life experiences, what would you say is the one that should be on every man’s bucket list? 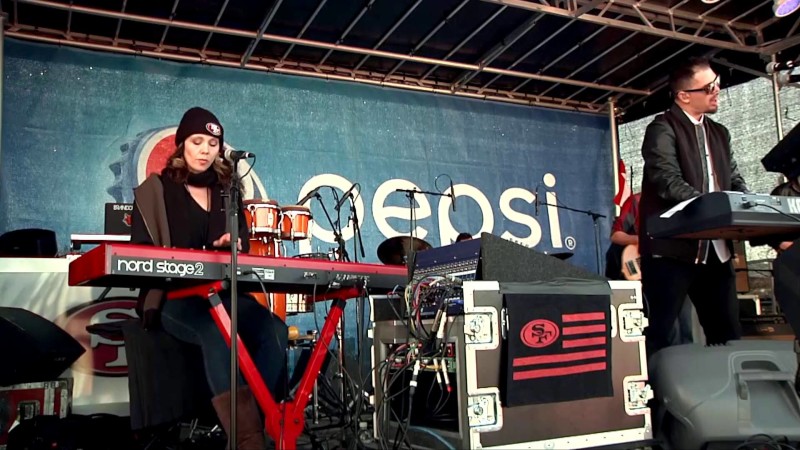 Salvador Santana: That’s a good one. For me personally – I don’t know if it is a man thing, but that adrenaline rush you get – for me, like when I am on stage. I think that is something that everyone should experience. It doesn’t necessarily just have to be on stage. As long as it is that rush with whatever you love to do. I just feel like at some point everyone deserves to feel that. There is nothing that I’ve experienced that even gets close to seeing people dancing in the audience and showing what I call, visual validation.

I have had the opportunity to write a song with my father years back and it was nominated and won a Grammy. I’ve had the opportunity to attend the Kennedy Awards, I’ve been to the second Woodstock – There are a lot of things I am honored to have had the privilege to be a part of, but for me nothing comes close to that adrenaline rush on stage. That would be my strange but mandatory thing that every man should have on their bucket list.

Urbasm: And what’s your best bit of advice that every man should know, according to you?

Salvador Santana: This is something that my dad shared with me a long time ago. I started shaving at a young age and my dad tried to show me, but it didn’t really work because I didn’t have enough to work with at the time. But one morning he saw me shaving and he was like, “Hey son do you need any help or anything?” I was like, “No dad I got it.” Like I knew everything – you know, whatever. And he was like, “Okay, it seems like you got it.” He then took a step back and said, “But I just want to share with you one thing-”

“When you take the time to shave make sure that you don’t do it when you’re frustrated, upset or in a rush because that’s when you’re going to cut yourself.” I know it sounds really elementary, but I never forgot that. What he was trying to tell me, was that when you’re doing something that requires a lot of concentration, you have to be present and in the moment. It made me think about how you can apply that philosophy to other things. We already live in a very fast paced world with technology and the growth of everything. It gets even more important to take our time. Stuff is still going to get done; you don’t have to rush.

Urbasm: That is some of the most simple, yet great advice we’ve heard. Is there anything else you’d like to mention?

Salvador Santana: I encourage everyone to check out SalvadorSantana.com. You can see what I’m up to and follow me on the socials and all that other stuff. Check it out and I hope everyone enjoys listening to my music as much as I had fun making it. Thank you. 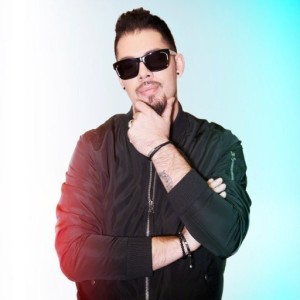 Salvador Santana lives with a vast vocabulary of musical genres. He began playing the drums at the age of three; while sitting in his father’s lap he’d control the snare and the tom, while his father worked the hi-hat and kick drum. His true love, however, was discovered when he began taking piano lessons at six years old.

Salvador’s maternal grandfather was blues pioneer Saunders King. His paternal grandfather was the internationally celebrated violinist and mariachi bandleader, Jose Santana – and his father, Carlos Santana, is a Rock and Roll Hall of Fame inductee. He has soaked in as much knowledge as he could from the blessings of his musical background, including co-writing the Grammy-winning “El Farol,” from the 1999 smash album Supernatural and winning his first Grammy in 2000 for that composition.

Filed Under: Culture, Featured Tagged With: artist, interview, music
Recommended reads:
How To Be A Better Man
Best Men’s Sites and Blogs
Pendlay Rows – What To Know