You are here: Home / Culture / Ana Kasparian on Being a Young Turk, Closet Go-Go Dancer and Relationship Adviser

Ana Kasparian on Being a Young Turk, Closet Go-Go Dancer and Relationship Adviser 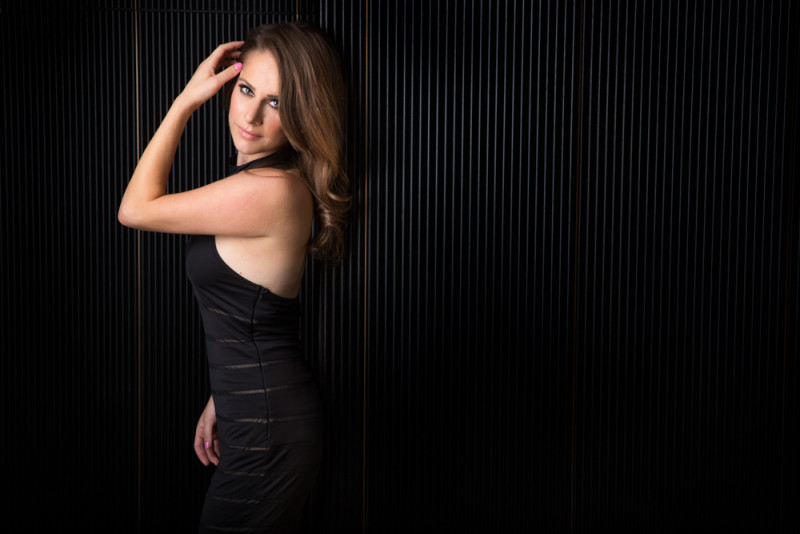 She is the host of the TYT Network show The Point and the co-host of the popular online news show The Young Turks (TYT). She is also a popular writer for the website, The Raw Story and a woman who claims that if all the above weren’t currently driving her… she’d probably be a go-go dancer. Ana Kasparian is passionate about life, love and finding the really important topics to share with you and I.

She is a host, journalist, relationship adviser and an independent woman with an intellect that is every bit as sexy as the photo above.

Oh yeah, you say. Then prove it.

And we did… with a lot of help from Ana, herself:

Urbasm: Hi Ana, what do you have coming up that you can share with us?

Ana Kasparian: There’s always a lot of pressure as a millennial to move from one company to another, but I was lucky enough to find the company of my dreams very early on in my career. I’ve been with The Young Turks for nearly nine years because I have the editorial freedom that most people in the news industry dream of. The great thing is that I can do freelance work on the side. Since I’m passionate about writing, I recently joined the Op-ed team at Raw Story, where I opine about a variety of issues, from politics to relationship advice. I also teach journalism on the side and I want to expand my experience with education in the coming year.

Urbasm: We watched the video explanation of how you were hired on The Young Turks… and this made us curious about how this opportunity has changed your career outlook? In other words, what are the top career accomplishments that are still on your bucket list?

Ana Kasparian: TYT gave me a new perspective on news, and that changed the trajectory of my career greatly. When I was in journalism school, I was told repeatedly that local news was the end goal. Right now I’m working for a network that gets 100 million views per month from various parts of the world. It’s incredible to look at big picture issues and share what I know with our sharp and critical audience. As for my bucket list, I’d love to produce original content for syndication. I see myself hosting a lifestyle show regarding modern relationships and what millennials are currently dealing with in the tumultuous world of dating. My generation is currently juggling the aftermath of a terrible economy, and it’s fascinating to see how dating fits into the equation along with student loan debt and innovative careers.

Urbasm:  What has been your favorite (and least favorite) moments on the show so far?

Ana Kasparian: The hardest thing I’ve had to learn through my career is how ignorant I can be about various topics. I both hate and love that because this career path has given me the opportunity to grow as a person. As long as I’m open to true constructive criticism, I can learn quite a bit. It’s humbling and scary at the same time. We all want to believe that we know it all, but we obviously don’t. Recently I got called out on how the black community is being neglected in movements like feminism. Even though I was defensive about  my own ignorance at first, I’m glad that I can now open myself up to different perspectives. Also, on a superficial note, my least favorite thing is the pressure to always look good on camera. Some days I want to roll out of bed, throw my hair up in a messy bed, and not worry about putting gunk on my face. Overall, I’m fortunate to be doing what I love.

Urbasm: Yes you are. What do you think is one of the most important news topics to come out in 2015 that us men should be made aware of and could possibly learn from?

Ana Kasparian: I would argue that the flaws in our justice system should concern everyone, especially men. The U.S. incarcerates more people than any other country in the world. It’s ironic that the land of the free has more than 3,000 non-violent offenders serving life in prison. Private prisons that stand to make huge profits from imprisoning non-violent individuals continue to lobby government for the continuation of drug prohibition and other “tough-on-crime” laws. It makes me livid. Also, the government continues to spy on all of us indiscriminately. If you’re cool with the NSA knowing your sexual fantasies and what you search for on YouPorn, cool. I’m certainly not, especially when I know that very information will be used to discredit me if I stir the pot and hold governmental officials.

Urbasm: You are very open with your fans, but is there anything you haven’t shared about you that might surprise us to know?

Ana Kasparian: I tell my fans everything! I think I share a little too much, actually. But one misconception about me is that I’m insanely confident. I have a healthy level of self-esteem, but my insecurities are countless. Even with all the incredibly sweet fans telling me I’m attractive, I rarely think I look great. I harp on my physical flaws more than I’d like to admit.

Urbasm: We understand that you love to dance, so naturally we are curious about how important it is that a man can dance well? In other words, should we all be getting dance lessons? 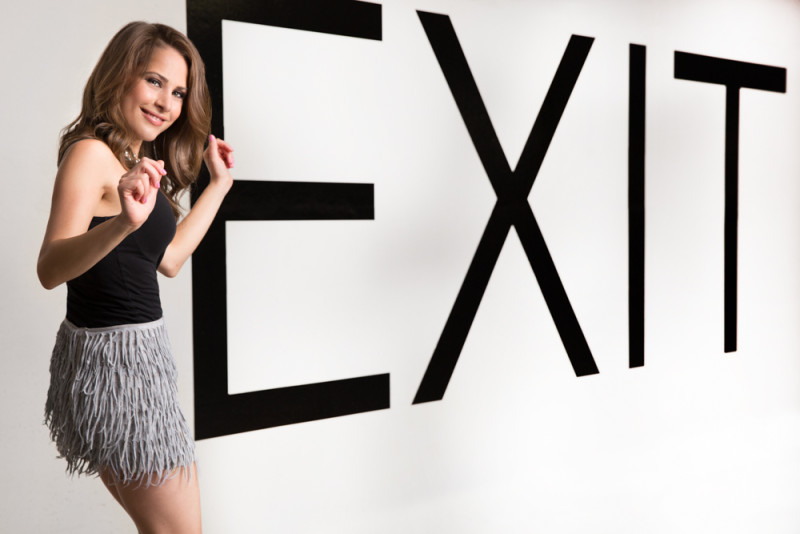 Ana Kasparian: I don’t think I’ve ever dated a bad dancer. I don’t go out looking for the next Baryshnikov, but I do tend to gravitate toward extroverts. A lot of them tend to tear shit up on the dance floor. I danced professionally for 17 years, and my alter-ego is a go-go dancer. There’s something so sexy about a person who can shut out any care of what others think and move to the music. Also, I hear good dancers are also pretty good in the sack.

Urbasm: (laughs) Yes, and we know that Sharna Burgess would agree with you. You’ve said that ambition is another element that turns you on about a guy – what are a few of the other important elements?

Ana Kasparian: Sincerity and loyalty are more important to me than any materialistic thing a guy can offer. I need to be with someone that I can trust, and who can reciprocate the same love I give them. When I’m in a relationship I tend to be loyal to a fault, and I know how hard it can be to find someone just as loyal. When I hear a guy talking about his girlfriend or wife in an endearing way, my heart melts. I love it!

Urbasm: What is the worst date you’ve ever had?

Ana Kasparian: I went out on a date with a guy when I was in college who seemed to be open-minded. At the time, I was taking on a lot of classes and working hard to finish school early. When he saw how stressed I was, he said “Why are you so stressed. You’re pretty. All you need to learn to do is fetch me my slippers when I come home from work. I’ll take care of the rest.” He was 100% serious, and I nearly gagged. I take a lot of pride in equality in my relationships. I want to contribute to my relationships in every way, whether it be emotionally, financially, or physically. 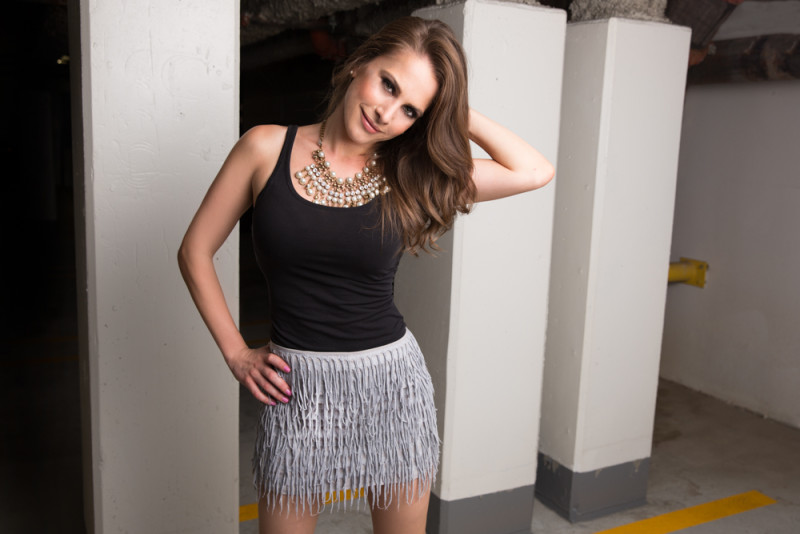 Urbasm: Oh yeah, that kind of a comment isn’t going to fly on a first date. And speaking of that, what would you consider the ultimate date night for a first and third date?

Ana Kasparian: The best first date is a coffee outing because it gives you the chance to bounce relatively quickly if it’s not working out. By the third date, I think it’s safe to say you can be a little more intimate and time-consuming. A bike ride at the beach or a hike would be ideal for me. I love to eat, so if it’s followed by a picnic or Japanese food, you have officially won my heart.

Urbasm: So what do you think is a common problem for men when they take out an independent woman like yourself? Some men avoid successful women for various reasons – would you mind sharing the things they’re missing out on?

Ana Kasparian: When I was in middle school, I read a quote from Usher – don’t judge – where he said something about how beauty fades but intelligence keeps a woman sexy. I loved that, and I dedicated myself to being hardworking, independent, and knowledgeable ever since. But my experience taught me that some guys are not as turned on by a woman’s independence. I totally understand why guys would feel that way because society has told them over and over again that their worth is based on their earning power. But I see men for who they are as opposed to how much money they make. That is the biggest perk of being with an independent woman. I’ve had opportunities to be with wealthy guys, and they all bored the shit out of me. I’ve never been in a serious relationship with a rich man. I’ve only been in relationships with good men who have personality and character. If you can make me laugh at myself, I’ll find that more attractive than what’s in your bank account. I think that leads to a more genuine relationship.

Urbasm: That gives us all hope in finding love. And our final question is: What are the three things that every guy should know, according to you?

Ana Kasparian: One, if you meet an amazing girl, but you’re still afraid of commitment, don’t be lame. Just go for it! You won’t be sorry. Two, no matter how scary it can be, open up and communicate all your concerns in every relationship. Communication is the key to strong bonds. Three, when it comes to opportunities – there are no perfect moments, just moments. A good friend told me that recently, and it’s now my life motto.

Urbasm: Amen! Thanks so much for spending one of ‘those moments’ with us, Ana. 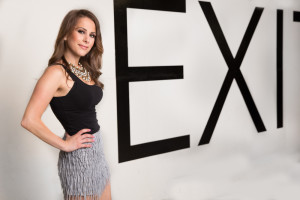 Ana Kasparian is best known as a host and producer of the largest online news show, The Young Turks, a show covering politics, pop culture and lifestyle. She is also the main host of the rapidly growing panel show, The Point, on the TYT Network. When Ana’s not hosting and producing news content, she teaches upper division journalism at her alma mater California State University Northridge.

Filed Under: Culture, Featured Tagged With: culture, Details, interview, News
Recommended reads:
How To Be A Better Man
Best Men’s Sites and Blogs
Pendlay Rows – What To Know