You are here: Home / Entertainment / Sharna Burgess on Success, Men Who Dance, and What Makes Them So Sexy

Sharna Burgess on Success, Men Who Dance, and What Makes Them So Sexy 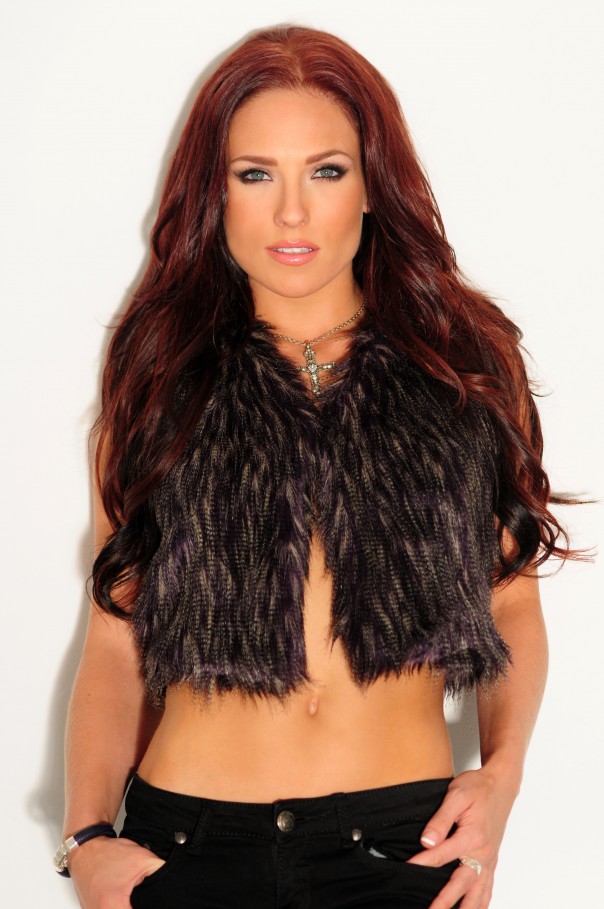 Sharna Burgess is one of the sexy professional dancers on Dancing With the Stars, and while you may not watch the show religiously, we’re about to catch you up on what you’ve been missing. For one, women love a man who can dance, and don’t just take Sharna’s word for it; go ahead and ask any woman on the street and she’ll tell you the same.

Considering this, we took the opportunity to speak with Sharna very seriously. Not only are we big fans of her talent and sexy Australian accent, we understand that she could very well hold the key to understanding what women find so sexy about a gentleman who is in the know of dance.

But first, let’s talk a little more about Sharna:

Urbasm: What have you been up to Sharna?

Sharna Burgess: There is a lot going on. Obviously Dancing with the Stars is going on right now, so I can’t have anything else. I do have a project in the works called Ballroom Fusion, which is a ballroom convention. It will be touring in the summer. It is going to do ten major cities. Basically, it is a convention where we are going to get a bunch of the Dancing With the Stars pros to come along. It will be an amazing three day weekend for big fans of the show, fans of dance, or anybody in general that just wants to come. So, it is a huge project, but certainly a fun one. I am excited to get it started in June.

Urb: That sounds fantastic. So, what do you think has been the key to your success on the show?

SB: One of the biggest things you can do when you come on a show like Dancing With The Stars is to be unique. My choreography has its own style in comparison to other people. Not better or worse; just unique. I think that is what has helped me stand out. To be honest, this job requires that you are a fantastic dancer/choreographer, but you have to have the art of patience. If you don’t have that, you are not going to love it. It can be very frustrating, but also very rewarding once you’ve put the work and time in.

Urb: Because of the changes you can see in your dance partner? 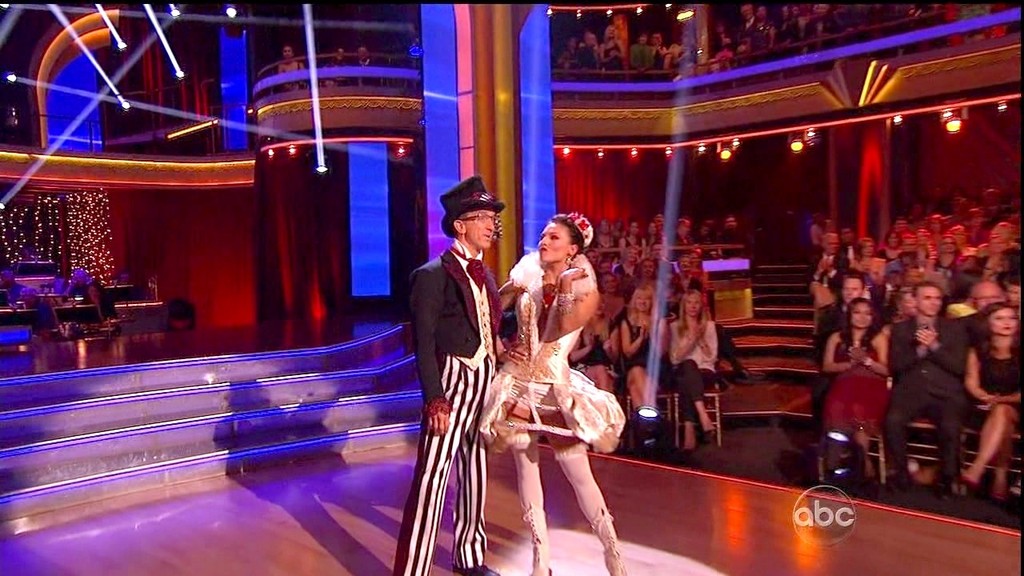 SB: Not necessarily the changes, but just the schedule. The pros on the show do much more than just work with our celebrities. We choreograph all of our own numbers. We are also in group numbers. Sometimes they will get one of us to choreograph the group numbers. We are also involved in the creative concepts of designing the sets; designing the costumes, going into wardrobe meetings, and on top of all of that, we have to make time for media to come into our rehearsals, doing lots of interviews, and all the extra bits that our producers need. So, the weeks can be incredibly stressful when we have to juggle so many things, and at the same time get our celebrities comfortable and ready for that Monday night show.

Urb: We did not realize all the work that goes into one show.

SB: There is a lot more involved than most people realize.

Urb: Do you think success is more about who you know, or how well you know yourself?

SB: I think it is a little bit of both of those, and a lot of other things. The key to success is definitely how well you know yourself. If you are not confident on what you do—with who you are, then you are not going to be able to sell your brand to anybody. At the same time, you need to network, build connections and relationships with people to have access to things that maybe other people haven’t heard of. It is very much both of those in tune with always knowing your own self worth, knowing what your brand is, and what you are trying to accomplish and never losing sight of that. I also think determination is key to being successful, because it can get tough.

Urb: What do you like to wear when you’re on the dance floor? 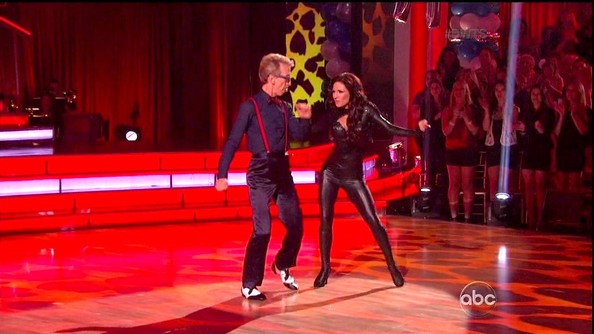 SB: I would say that a lot of the costumes we wear are amazing. I love wearing the more abstract ensembles. For example, the costume I wore with Andy Dick for our Jazz number, which was like a deconstructed Marie Antoinette slash Queen of Hearts. It was amazing and fun, and I absolutely love that. There was also the cat-suit that I wore again with Andy, and I felt like a superhero. I love the things that are a little bit out there to be honest; more so than I love the general, very sexy costumes.

Urb: I have heard from several women that men today just don’t know how to dance (or are afraid to show it). Do you think that is true?

SB: I think that a lot of people know how to dance today. I think that dance has progressed in the last ten years through a show like Dancing With the Stars. I think it has become more and more popular with the younger generation. I think with the older generation, dancing was much more a part of the culture. You would go to dinner dances. It was something that everybody did, and over time, dancing became uncool for men to do. But I think that we have come into a period of time where dancing is cool again. I feel like everybody wants to dance. Maybe not everybody has the guts to go and learn, but I know that everybody wants to dance. It is a different energy around the art form of dancing. Either you are ready to learn or you are afraid to do it (laughs).

Urb: What can women learn about a guy based on the way he dances?

SB: I think there is nothing more sexy than a man that can dance. I think as a female, whether you are a dancer or not, dance is certainly an attractive quality for someone who knows how to move their body. It insinuates that they would always know how to use their body. There is a very sexy thing about a man that can dance, and also a woman. I think it also exudes confidence when someone can dance. That is probably one of the best qualities a person can have—confidence in yourself and who you are, and the way that you move, whether you dance or not. As human beings we feed off of energy, and I think that confidence and a little bit of cockiness in men is an extremely attractive quality. Women flock to that. So, I think that dance goes hand in hand with it. If you are out there and you are dancing on the dance floor, that means that you’ve got the confidence to do it, and you’ve got the confidence in knowing how to use your own body. 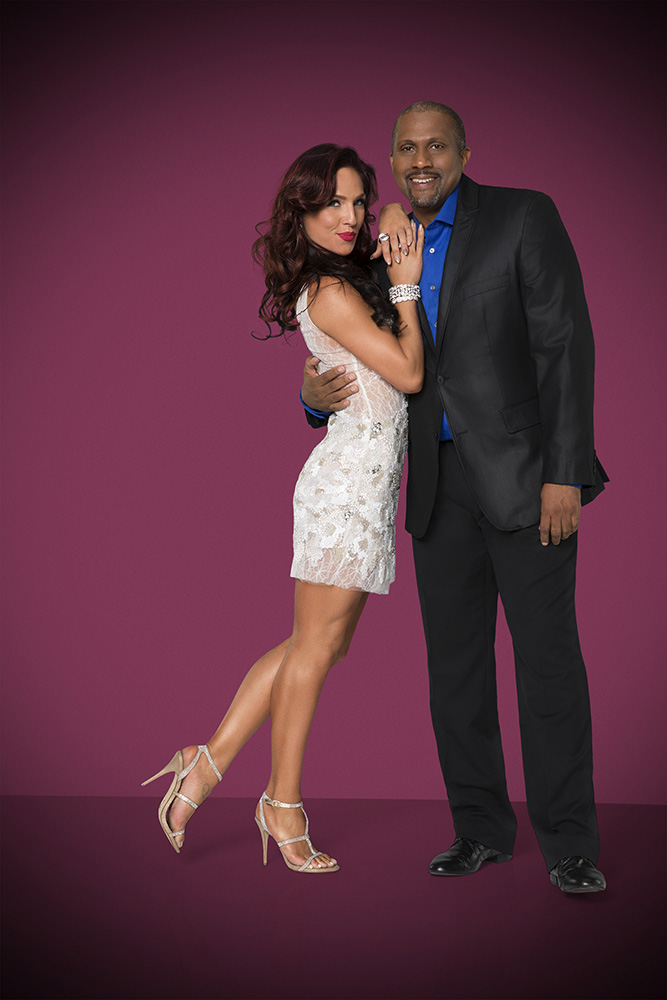 Urb: Who would you like to dance with if you had unlimited access to every person who’s ever walked this earth (past or present)?

SB: Okay, certainly Gene Kelly would be one of my absolutes. I am the biggest fan of him. Mikhail Baryshnikov is another one who I find just absolutely mesmerizing. I always look to the greats. The Ginger Rogers, Fred Astaire. Even Shirley MacLaine, and all the West Side Story (1961) cast. I admire and love dance back in that day. It was so innovative, so real, and so raw. I love it. Definitely, it would be all the greats (laughs).

Urb: When you were a kid, did your parents introduce you to those classic dance films, or did that come later?

SB: Growing up as a kid I was definitely introduced to some of the old school great movies. Singin’ in the Rain (1952), Chitty Chitty Bang Bang (1968), and Calamity Jane (1953) even. There was a lot of older movies that I was exposed to, and I just sort of fell in love with them.

Urb: And finally, what are the three things that every guy should know, according to Sharna? 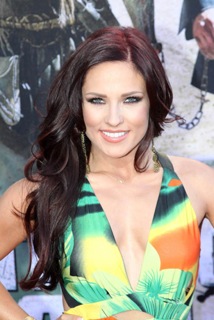 Sharna Burgess is one of the professional dancers on ABC’s Dancing With the Stars. And while this may not be a show that most men watch—we can tell you that Sharna gets her share of fan mail from the men who can appreciate such a classy and talented woman.

Filed Under: Entertainment, Featured Tagged With: beautiful women, entertainment, interview
Recommended reads:
How To Be A Better Man
Best Men’s Sites and Blogs
Pendlay Rows – What To Know