You are here: Home / Culture / Natalie Peyton on Success, Dating and Why Women Lie More Than Men

Natalie Peyton on Success, Dating and Why Women Lie More Than Men 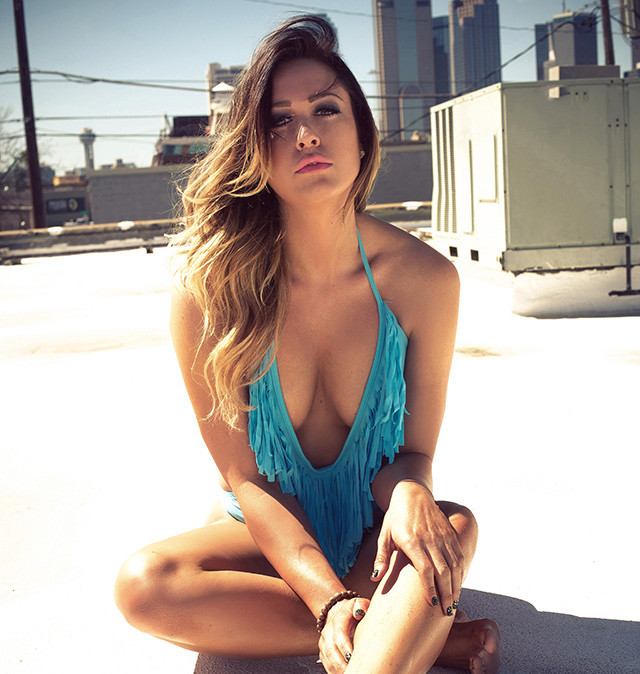 We at Urbasm interview people for their brilliant intellect, amazing work and stunning beauty. But occasionally we are lucky enough to find an example of all three. Introducing the actress, producer, comedian, model and possible contender for the next woman president (see photo below for proof)… Miss Natalie Peyton. 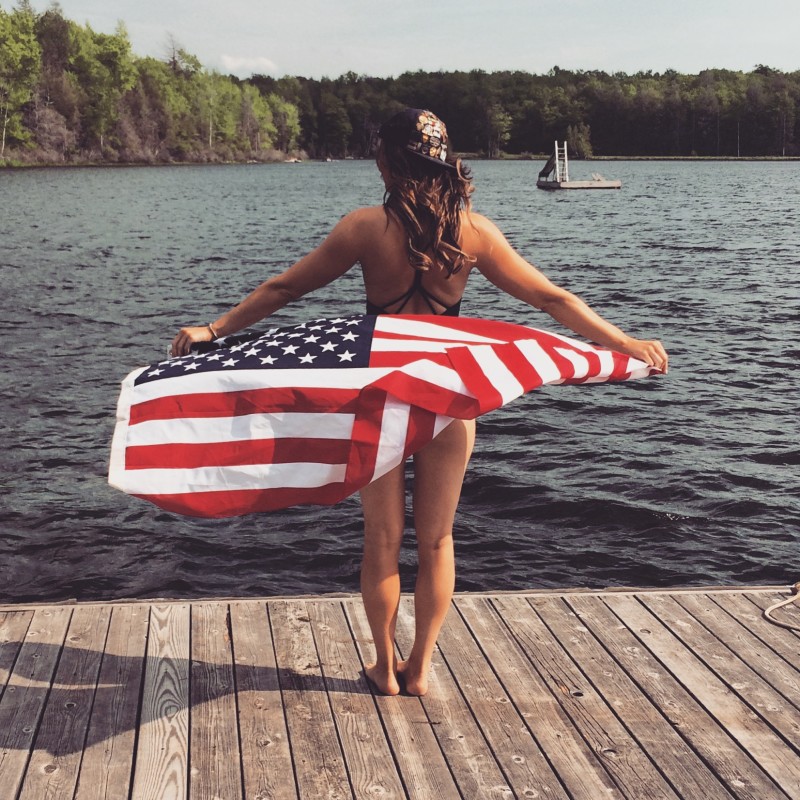 Urbasm: Yes, that could be interesting too.

Natalie Peyton: I just booked a lead role in a very exciting Bollywood Film Trilogy, which we will be shooting in India and Singapore! My dear friend Puneet Kapur with whom I’d acted in an Off Broadway play in 2012 is an established film maker in that neck of the woods and has written quite a fantastical trilogy of films. I’m elated to have been asked to play the lead female. Now all I have to do is learn Hindi and Bollywood dancing being that my character, Ganga, is a children’s dance instructor. I head over to India for preproduction in September. 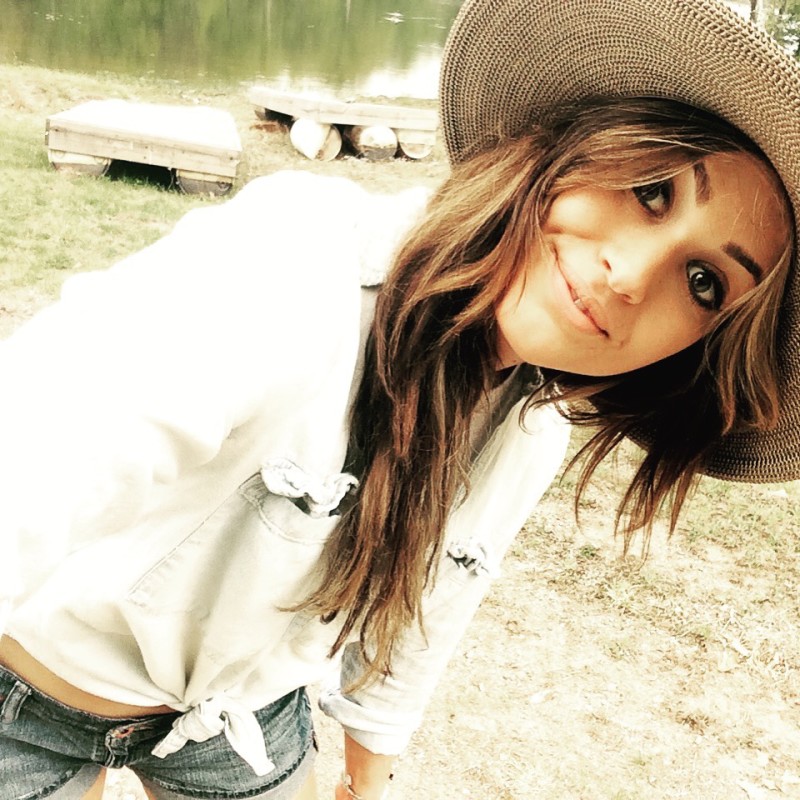 Natalie Peyton: I just finished writing a comedic pilot for television with Meg McCoy called Gingers and we are shopping it around now and in talks with some major networks. I’m headed into the 4th Level of Upright Citizens Brigade in New York and collaboratively formed a private improv troupe called ‘The Friendship Bracelets’ with John Moser. I’m in a constant state of taking over the world doing multiple projects with Rachel Ann Mullins whether it’s making a white-trash wedding flick, shooting a documentary about crazy beauty treatments, scheduling bikini shoots, or coming up with a way to improve our decadent culinary invention, Meatloaf Nachos ™.

Natalie Peyton: I just started a bikini travel blog with a heavy focus on board sports… surfing, snowboarding, wakeboarding, which is another one of my passions with Chelsey Estridge called ‘G.R.I.T.S. in Paradise’ (@gritsinparadise) which stands for girls raised in the south. I’ve filmed and am editing a web series I did with Marcia Gay Harden called This is How We Got Here, which will be a ‘pee in your pants’ type of funny. Shout out to my web developer and editor, Sara Robb, whose creating a killer website for me. I have my original SNL audition characters being filmed, directed, and produced by the ever-talented and my fellow NYU alum Sam Syrop. And the other wildly exciting thing coming up is my audition for Saturday Night Live in August.

Urbasm: That’s a lot of stuff. Congrats. So where did you get your start in the entertainment business? 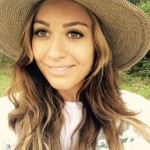 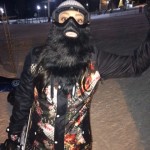 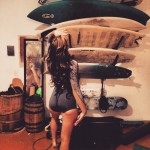 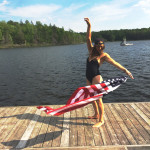 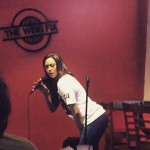 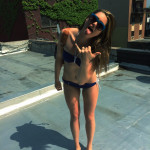 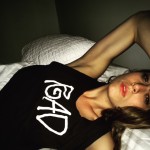 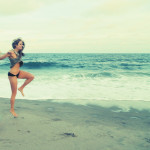 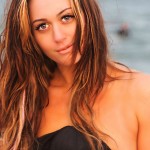 Natalie Peyton: I’d have to give a shameless shout out to my aunt, Marcia Gay Harden, my mom’s little sister, who took me to Ellis Island when I was 7 years old and taught me about the courageous immigrants coming over from various parts of the world. Organically, she decided as a learning experience we should pretend to relive the distressing hardships the immigrants themselves endured. So I put my sweater over my head and threw on an accent and became a Russian immigrant, immediately deciding how much I love being other people. My dad John Peyton is a musician and also the funniest and most talented man I know so he’s the backbone to a lot I do as well. I have to credit my comedian mentors family and friends, Stephen Kramer Glickman, Matt Walker, Dr. Heather Richardson, Holt McCallany, Chris and Tara Noth, Marisa, Melissa Mooney, and Alan Thicke for guiding me through my writing and comedic timing.

Urbasm: What has been your best (most memorable) experience on a film and/or television so far?

Natalie Peyton: “Cheergina!” Let me explain – I was in an independent slasher horror flick called Varsity Blood and I was the self proclaimed captain of the cheerleading team… typical bossy bitch dating the captain of the football team. It was a scene where we were all in the boondocks at a family cabin partying on Halloween and of course being hunted by the school mascot who was the terrifying serial killer. The director, Jake Helgren let us improvise a couple takes while we as a group of cheerleaders and football players argued about what we should do to save ourselves and one of the lines I improvised was to my boyfriend played by Jesse Ferraro. I commanded he start a fire so we could have a signal for our parents looking for us and I threatened that if he didn’t, then my cheergina would be all closed up for the night. We all held steady till they yelled, “cut,” burst into laughter, and that take made the final cut.

Urbasm: (laughs) Great story! Let’s switch gears a bit. What kind of guy gets your attention these days? 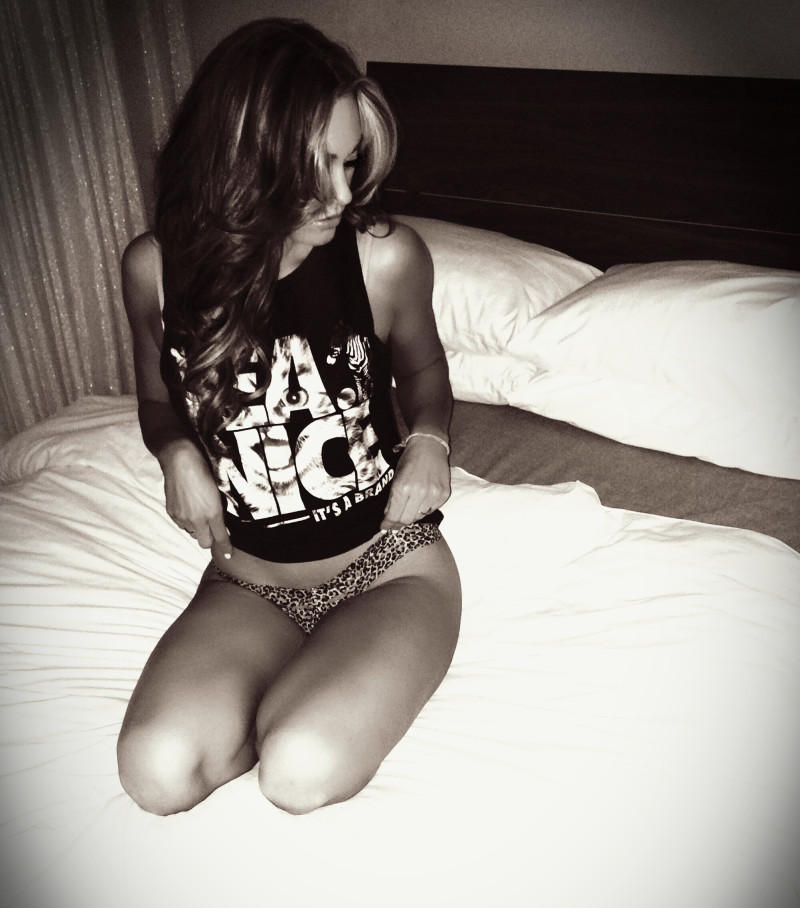 Natalie Peyton: A guy who can make a mean plate of nachos. Being wittier than me and loving their momma is also a huge plus. Oh, and being adventurous and spontaneous. A guy who can go surfing and snowboarding with me while letting me crack jokes, be my crazy self, and potentially embarrass him is my kind of guy.

Urbasm: What is your worst dating horror story?

Natalie Peyton: I was in a romantic love affair while abroad in Italy. His name was Marco. It was 2010, the year the first Taken had just come out, so my parents were not impressed with his name. I had just finished my abroad program in Florence and as per his request I hopped on the first train to Rome to reunite with him leaving behind my Commedia dell’ Arte leather mask I had hand crafted. As I rushed off the train imagining myself dropping my bags and jumping into his arms for a passionate kiss I was gut wrenchingly met with a birds eye view of him dropping off another woman and passionately kissing her as if he couldn’t bare to let her go, but unfortunately for him, he lingered too long and his stealthy bait and switch plan was botched.

Urbasm: Ah, what a jerk. What do you think is the biggest problem most guys face on a first date?

Natalie Peyton: Trying to not stare at their date’s tits as much as her face. Really pretending to stare at her face while zeroing in on her tits. Do I have this problem? No. I’m an A cup.

Urbasm: (laughs) What is the funniest pickup line you’ve ever heard? And did it work? 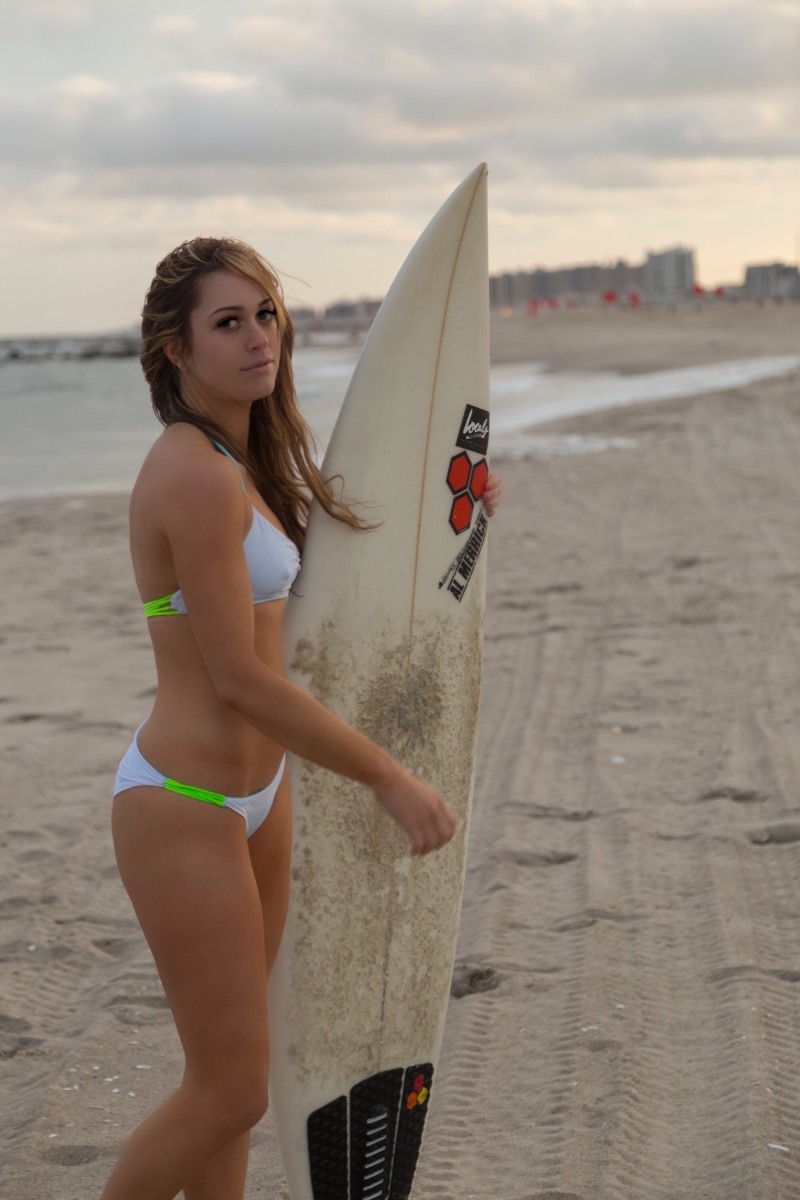 Natalie Peyton: The funniest line I’ve heard was, “Are you walkin’ or workin’?” equating me to a prostitute, which makes me laugh as hard as imagining Guy Fieri as an inanimate object which would obviously be a bottle of Mountain Dew.

Natalie Peyton: Did it work? Yeah, I bought him a shot of Jameson. Well, a beer and a Jameson, which is what I call a ‘Happy Meal’.

Urbasm: How do you deal with hecklers when you’re at a comedy show? Do you have your comebacks already prepared for them, or just wing it when the time comes?

Natalie Peyton: I love this question. First of all, I’m blessed I don’t have to deal with it that often because it’s hard to hate on someone with a constant smile on their face. I’m not one of those ‘life sucks’ comedians. However, the occasional drunk bastard can’t control himself in which case I do have a couple planned and appropriate reactions. I’ll explain from tamest to most severe: first I pat myself on the back and say to the audience, “You’re doing great, Nat”. Then if they keep going I inquire to the heckler, “Have you not been fucked proper lately; is that the problem?” 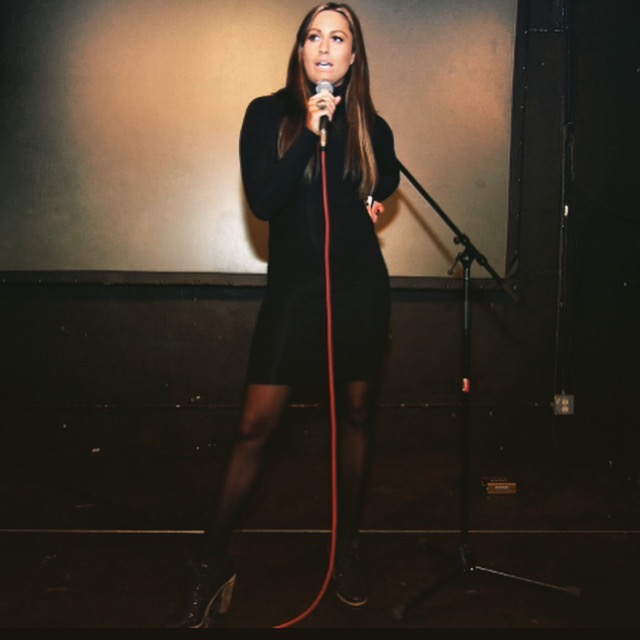 Natalie Peyton: And if they are relentless, I go for the jugular, “Nah, you look like someone who gets fucked by their own father… and for that I’m sorry; I’m sorry your dad hasn’t fucked you proper, lately.” I’ve only had to use that once but it was effective both for the heckler and the laughs of the audience.

Urbasm: That is how it’s done. And now for the final question… What are three things that every guy should know about women, according to Miss Natalie Peyton?

Natalie Peyton: One, women lie more than men, but guys have bigger lies. We speak with conviction and we believe it ourselves therefore it’s the truth in our minds. Two, if you can’t beat us; join us, like Caitlyn Jenner.

Natalie Peyton: Three, don’t ever go through a woman’s purse it’s our sacred zone of bells and whistles and war paint and tricks of the trade. In conclusion, we’re all just trying to do the best we can. I always say in life we’re in a constant state of trying to get dialed in. Save the judgments… let people run their course.

Urbasm: We love it Natalie. Thanks for chatting with us. 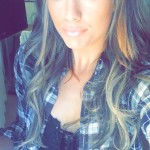 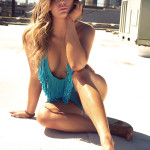 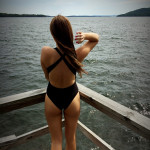 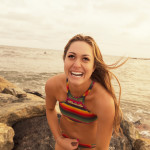 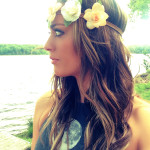 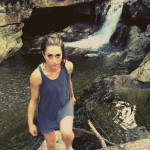 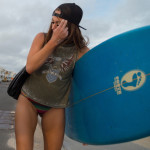 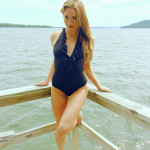 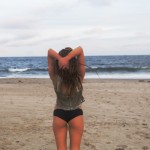 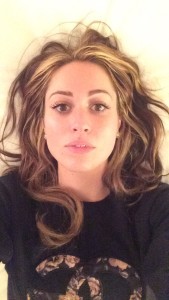 Natalie Peyton grew up in the live music capital of the world, Austin, Texas as the third of four children. She has two older sisters, a little brother and the coolest parents on earth who just celebrated their 30th wedding anniversary. She began her theatre career in grade school performing in Shakespeare and plays adapted from Greek mythology such as The Odyssey. From there she received her B.F.A. in drama at New York University’s Tisch School of the Arts. She also studied Commedia dell’ Arte in Florence, Italy and studied and performed at The National Institute of Dramatic Art in Sydney, Australia.

After her studies she debuted in an independent film, Over Easy, and then booked a lead roll in the horror film, Varsity Blood. Natalie then moved to Los Angeles where she hit the ground running with comedy including stand up and improvisational comedy at Upright Citizens Brigade. She started her production company called, Cuidado Productions LLC, so she could write, act, and produce her original characters and sketches. Natalie is back and forth between New York and Los Angeles cracking jokes, modeling in bikini shoots, and supporting her favorite charities: Heifer International and The Waterkeeper Alliance, all while keeping her talented and driven friends, family, and collaborators close by.

Read More:
Rachel Mullins on Her Obsessions, Success and Being the Sushi Girl in Entourage
Eugenia Kuzmina on Modeling, Comedy, and Being Chuck Norris Approved
Jasmine Waltz on the Problem with Guys and How to be a Better Man

Filed Under: Culture, Featured Tagged With: comedian, funny pickup lines, interview, Joke of the Week from a Beautiful Woman, model
Recommended reads:
How To Be A Better Man
Best Men’s Sites and Blogs
Pendlay Rows – What To Know