You are here: Home / Health / Workout Exercises You Don’t Do, But Damn Well Should

Workout Exercises You Don’t Do, But Damn Well Should 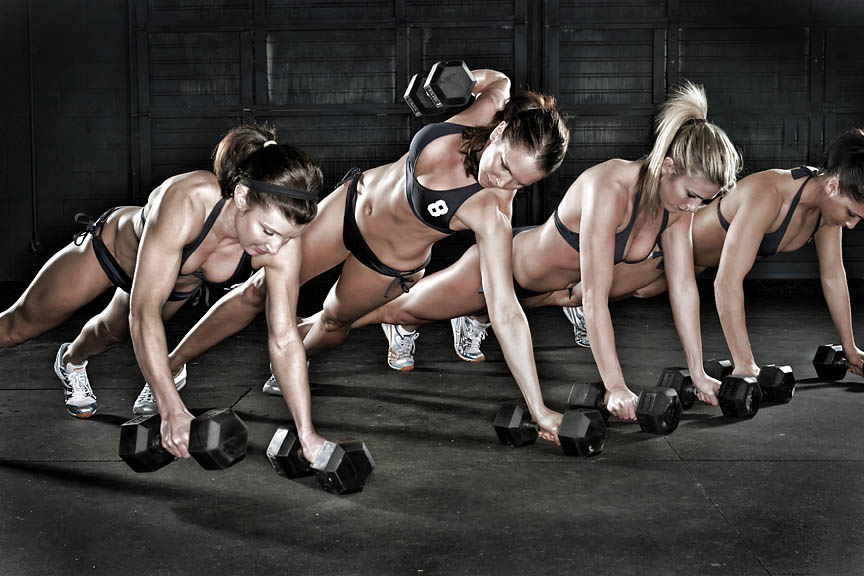 There is a difference between the man who does his workout from a textbook, and the one who relies on his animal instincts. The man who concentrates on one muscle at a time, and the one who prefers to utilize as many body parts as possible. We’re talking about doing power routines that strengthen your core, along with your balance, gut, and aerobic longevity. These are the kind of routines that nobody ever does because they are just too damn hard. Well, if you find yourself stuck in a rut, and unable to blast past a certain plateau in your current routine, these are the exercises that may shake things up.

Your dad was wrong… these five moves will put hair on your chest! 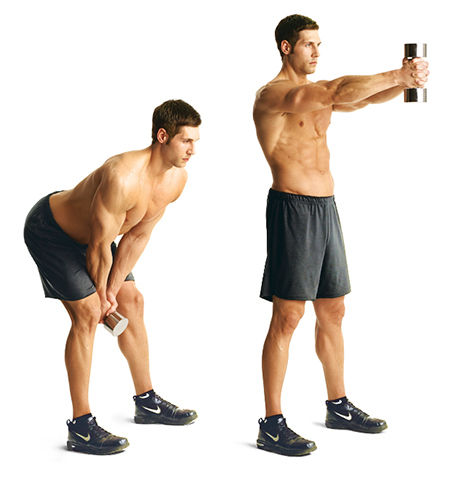 This exercise at one time would have made you look like ad odd duck in the gym. However, most bodybuilders have since found that the swing builds power and strength throughout the body, in much the same way as the power lift known as the Clean and Jerk. To accomplish this move correctly, hold a dumbbell or kettlebell between your legs. Keeping your back, head, and arms straight, swing the weight upwards in an arc. Keep your feet planted on the ground, and resist the temptation to rise up on your toes. 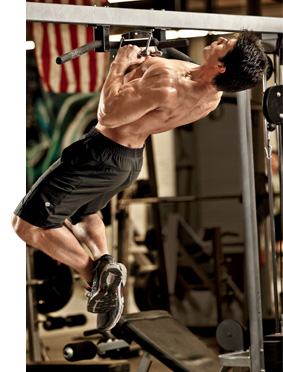 A normal pull-up mostly works on the spread of your back. In other words, it is especially helpful in building that manly, “Johnny Bravo” V-shape. However, arched back pull-ups are even better. The only problem is, they are hard to do correctly, especially if you’re carrying around a few extra pounds. Break past your hesitancy, son, and here’s the reason why? When pullups are finalized with an arch at the top (where your back and legs are nearly parallel to the floor), it works on both the thickness and spread of your back, which would normally take two different exercises. This will give you twice the satisfaction, and three times the results.

Pendlay Rows
The Pendlay Row is the one bent over row that every man should be doing. It is easy safe for most (provided you apply the proper technique), builds mass and power, and also works a long list of secondary muscles, which means that one set goes a long way.

Crusher
Building upper body strength takes a collection of many exercises to do properly. However, the Crusher is one that works on the entire upper torso, including your core. What you do is place a dumbbell between your feet, and take hold of it, except don’t use your fingers, as that would be cheating. Instead, crush the dumbbell between your palms using your pectoral strength. Now, pull the weight to your waist in a rowing motion, stand up, and then press the weight over your head. Lower the weight in the same fashion, and start over again. 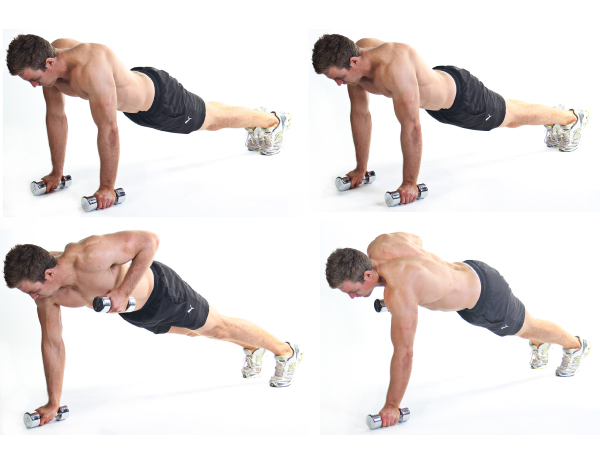 The renegade row has gained a lot of popularity in recent years, as it literally works just about every muscle in your upper body. We’re talking about your pecs, back, biceps, triceps, abs, including a portion of your legs. What you do is hold two dumbbells or kettlebells in a pushup position. Pull the weight up in one hand in a rowing motion, and then place the weight back down. Now, lift the weight of the opposite hand, and do this for several reps until you are reasonably pooped. 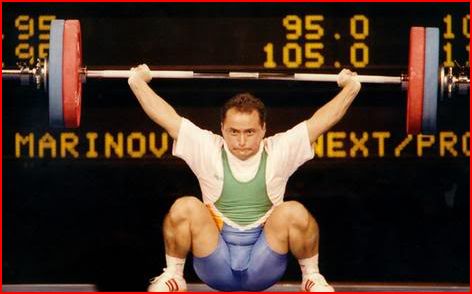 While this exercise could quickly become a “Crusher” if you fail to gradually work yourself up in weight, it is another great way to incorporates several muscles into one complete power move. It works your lower back, shoulders, triceps, quadriceps, calves, and hamstrings. This exercise begins by pressing a barbell over your head with a wide grip. Now, slowly squat down, and then rise back up to a standing position. Keep in mind, you never want to lock your knees, and work up in weight slowly, so that your balance can improve along with your strength.