You are here: Home / Career & Money / Dealing With Difficult Conversations At Work

Dealing With Difficult Conversations At Work

These are the moments when your job is on your line, a promotion, or possibly even a friendship. You know that if you keep quiet everything might blow over, but you also know that solution will just create more stress, uneasy feelings, and a difficult work environment to get sh*t done. But these conversations don’t have to be a struggle, so long as you follow a few simple rules.

How to Approach Conflict At Work 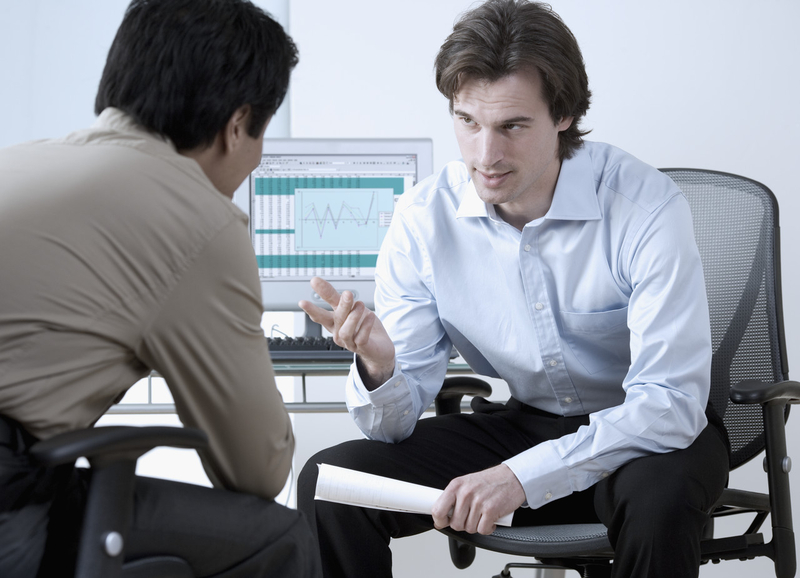 An office is a place where a lot of confrontation can either make or break your success. Which one will depend entirely on your ability to listen, understand, and speak your own ideas in a clear and empathetic fashion.

The key to avoiding defensive behavior is to avoid the triggers, such as elevated speech, a dominate stance (higher eye level than the other person), or literally pointing your finger at them to suggest blame or shame. You’ve brought them to this conversation to get more information – not to instill blame or judgment. It is also a good idea to pick a place that is neutral to the two of you, rather than your own desk or office space.

Avoid the all too common mistake of interrupting a person to set them straight, as it takes you out of the conversation. It interrupts your ability to listen and understand what they are saying. If it helps you to follow up with questions you may want to bring up when it is your turn, let them know that you may be taking notes to aid you in the process. This way they won’t take your writing as a sign of disrespect. Just make sure that your notes are short, as good eye contact is essential.

When you know you’re right, it seems like a waste of brain power to understand the point of view of those who are wrong. But it is actually essential to step into their shoes and understand why they are in opposition to you. If you can understand their position, you can find compromise and an angle that will result in a win-win for both. Occasionally, if you listen well enough, you may even discover that you are the one in the wrong. And that’s okay because a successful man has no problem admitting when he is wrong. It does not demonstrate a fault in your judgment, but rather a good and honorable character.

Curiosity is an ingredient to success in every business environment because instead of assuming you know everything or needing to be right, you approach a situation with an open mind to learn something new. There is a reason behind every action, and rather than judging the action as you perceived it, you should approach it with curiosity to better understand. Having curiosity will turn any conversation from confrontational – to informational, which is exactly where you want it to be.

I know I said that we should keep this all about the facts, but in between those lines is the unspoken rule to always remain compassionate about how a person may interpret your conversation. You’re sticking to the facts, which is good, but you can also remain positive by staying objective, demonstrating a desire to make things a win-win for both, and of course, offering some good points to go along with the bad. A ratio of two compliments for every one criticism is the general rule, and these don’t always need to be work-related, as a positive comment about their choice in shoes is even fair game.

Keep to the Facts

The workplace is no place for emotion or feeling. You’re here to succeed, get things done, and do what’s best for the company. And that is how you should take on every conversation. Begin with an understanding of what you want to accomplish, and then take responsibility for your part in this situation. In other words, take responsibility for feeling the way that you do. You have no reason to apologize for your viewpoint. You feel the way you do and now you’d like to understand why they feel the way they do. It is as simple as that.

Silence is something that many people don’t use often enough in the office environment. It demonstrates thought, consideration, and the willingness to understand. People love to be heard and to feel as if their words have brought meaning to a conversation. There is no rush to fill every moment of silence with random thoughts or hums. Take the time to make sure they have said all they needed before you begin with your own thoughts and questions.

To help you keep this conversation on track, remember to keep the insight based on from where it is coming from, which is you (or rather I, as in “I feel that… I think what we need to do, etc.”) Using statements that start with “You” is loaded with accusation. You’re not here to judge, you’re here to find a solution, and possibly even an agreement.

In the work environment, name calling is not about calling them an idiot, but more like making a loose inference, like that they are lazy, selfish, or unable to communicate. These are fighting words in the office atmosphere and will lead to self-defensive behavior and action. You’re not here to call names but create an understanding and possibly a compromise.

It Takes Two to Converse Without Confrontation 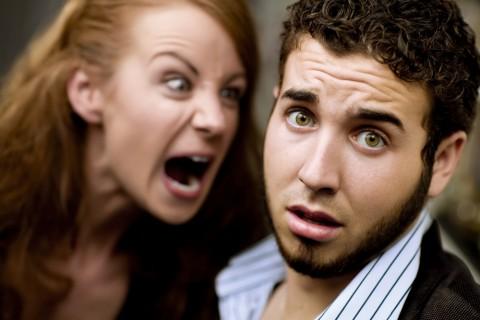 The key to a happy ending in every potential office confrontation is to give the conversation a good beginning. I actually like to give the person a heads up that I’d like to speak to them more about a situation so that we can “problem solve” (i.e. help me understand them better). This lets them know that one, I care. Two, I respect their opinion, and three, that I don’t hold any grudge for what may have been an uncomfortable moment that happened between the two of us. Above all, remember to begin any conversation using the facts as you see them. Think of it as how their actions affected you – or as you see them to be. This leads you into the conversation with an open mind.

Now, so far we have assumed that the person you are speaking with is going to be just as amicable as you. But it doesn’t always work this way. If they become accusatory, defensive, or aggressive in any way, you have only one play, and that is to give them the chance to get back on board the conversation. In a calm voice, describe that you do not understand the means from which they are communicating; as in, “I am having difficulty understanding where you are coming from. Can you explain that to me again?” That is a polite way of saying, please get back on track with this conversation. If they do not take that opportunity, then you can break off the meeting to give them a chance to “organize their thoughts.” ultimately, a leader can build bridges with proper conversation technique, but there will always be an occasional treacherous bridge that is better left condemned than reasoned with.

Filed Under: Career & Money Tagged With: career, man advice, relationships
Recommended reads:
How To Be A Better Man
Best Men’s Sites and Blogs
Pendlay Rows – What To Know