You are here: Home / Culture / Caitlin O’Connor on Cars, Guys in Glasses, and Being a Wingwoman

Caitlin O’Connor on Cars, Guys in Glasses, and Being a Wingwoman 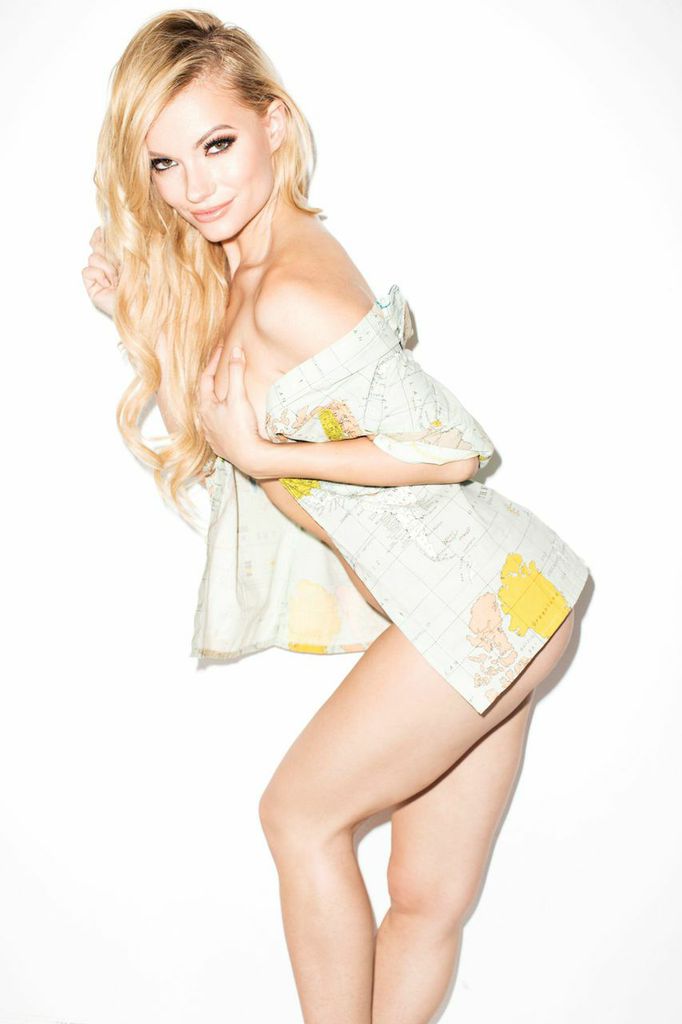 As I exchanged farewells to Caitlin O’Connor on a Thursday, an epiphany crossed over my grey matter like a lonely cloud on a windy afternoon. She is an intelligent, beautiful woman who is grateful for her career, proud of her grandfather, crazy about Lincoln Continentals, and a master wingwoman. However, she is also the kind of woman you could kick around with for an afternoon and just be yourself, as there is something incredibly relaxing and intoxicating about her personality.

And as an added bonus, you’d not only get to spend the day with one of the most beautiful women that has graced the pages of Maxim, but would also likely meet some additional women thanks to her expert wing-techniques. We wanted to find out more about this mysterious model, actress, and advice girl that has caught our eye more than just a few times, and this, as they say–is the rest of the story:

Urbasm: Caitlin, what do you have coming up that we can look forward to seeing you in?

Caitlin O’Connor: I have a short film that I am acting in and producing called Claire. There is a website than I am designing for it called ClairetheMovie.net. I was also the ring girl in the upcoming movie Southpaw, starring Jake Gyllenhaal and Rachel McAdams. It was a lot of fun.

Urb: Did you actually get to work with those two on set?

Urb: That is terrible. We’ve read from past interviews that you’d like to focus on being an actress, which poses the question, what would be the ultimate film role you see yourself in?

CO: I have two dream roles, and the first one is to play a character like Buffy the Vampire Slayer, or Buffy herself. The second one is the comic book character, Red Sonya.

Urb: So, your interested in the tough girl roles.

CO: Yes, I want to play an action hero. 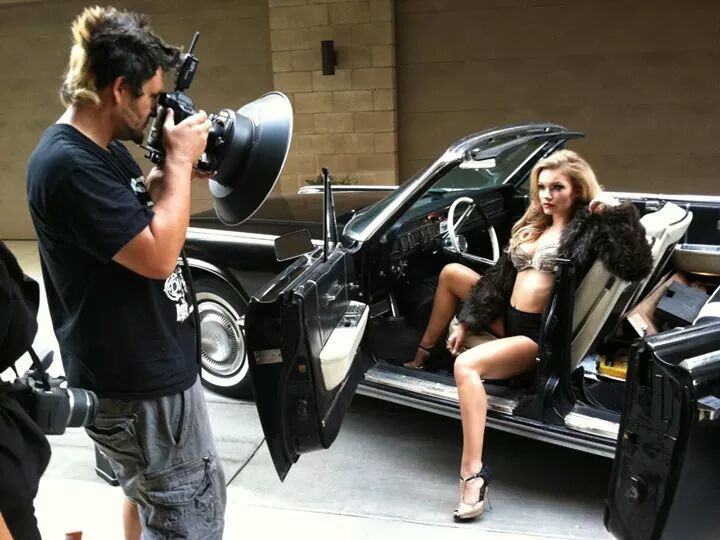 Urb: We’ve also read that you collect classic cars. What are a few of the favorites you have in your collection right now? 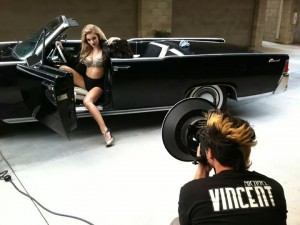 CO: I have a 1964 Lincoln Continental. It is a convertible with suicide doors. It is the kind of car you would see on Entourage, during the opening credits of the show. There were only about 2,000 of them made. And I also have a 1971 Lincoln Continental that has a hard top and is white. 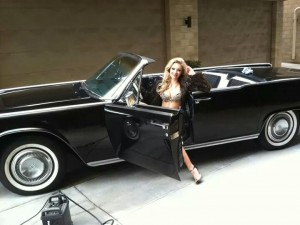 CO: My grandfather loved Cadillac’s, and I used to look at pictures in albums of his old Cadillac’s and how much he loved them. In Hollywood, I happened to pass by a guy a selling a Lincoln, and it reminded me of my grandfather who passed away a few years ago, so I started to buy classic cars in his memory.

Urb: What is something about you that most people may not realize?

CO: Most people might not realize that I am actually smarter than my pictures give off. I went to UCLA, and I finished second in my high school class–and was voted most likely to become famous, so hopefully one day that will happen.

Urb: We remember that you use to do Maxim’s “Helpful Hottie”, and we were wondering what was the strangest question you were asked?

Urb: What is your favorite pickup line?

CO: My favorite pickup line is a guy walks up to a group of girls, and he says, Ladies, let me buy you a round of drinks. And them he turns to the bartender and says, Bartender, I’d like three waters please.

Urb: Did somebody actually say that to you?.

CO: I was actually a part of that group of three girls, and yes, he literally said that (laughs).

Urb: You get asked what turns you on about a guy in every interview, but what we’d like to know is what you find sexy about a man’s intellect?

CO: What I find sexy is a man who uses his intellect in conversational humor, like pop culture references thrown in or sarcasm. He just has to be really witty and smart, and I love guys in glasses. So, if you wear black rim glasses, I am probably going to stare at you.

Urb: What is it about glasses that does it for you?

CO: I really have no idea. I just like professors.

Urb: Have you ever had the chance to be a wingwoman for a friend? 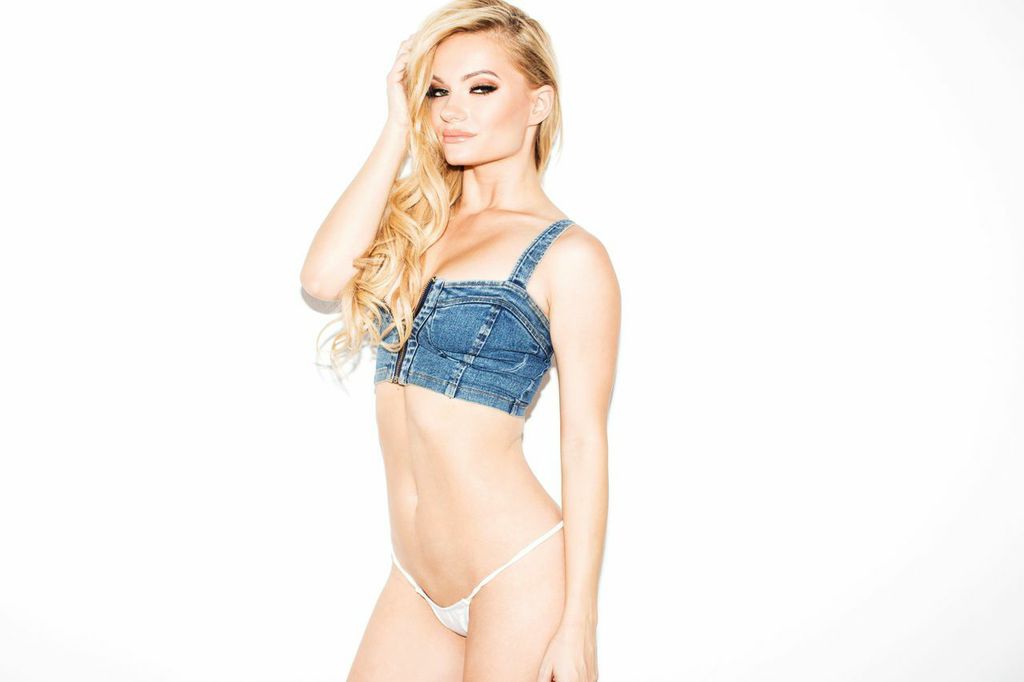 CO: I am always the wingwoman, because I am in a relationship. I am like the master wingwoman to both girls and guys.

Urb: That is great, because that is a topic that we talk about a lot on Urbasm. Do you have any advice on how to be a good wing-person?

CO: My number one advice is don’t cock block. Wing-people will call dibs on people and that is not fair. Don’t do that. My second bit of advice is to take care of your person. If the person you are with is to drunk, please carry them home. I see lots of wingmen leave their friends at parties and that is not right.

Urb: What are some of the things many guys overlook that would make them more appealing to women?

CO: I think the way they dress. A guy must have a personal style and not look sloppy. Somebody out there will love you (laughs).

Urb: That’s right; she should love you for who you are. We have one last question for you—What is your top three bits of advice that every guy should know?

CO: Guys, please be careful about what you say to a girl when you first meet her. Don’t put your foot in your mouth.

Urb: Does that happen a lot?

CO: Yes, it happens a lot. Nice guys will think they are giving constructive criticism when they aren’t. Just be as politically correct to a girl that you like as you can on the first date. My second word of advice is if a girl asks you out, you still have to offer to pay the bill at the end of dinner. If she asks you out, she should probably split the bill or pay for it, but just offer. Man up that first time—it makes you look like a gentleman.

CO: The third one is keep your car clean. If you invite a girl into your car, please don’t have the passenger seat full of crap.

Urb: We take it that you’ve had that happen?

CO: Yes, I have had to sit on old McDonald’s wrappers. Thank goodness I liked the guy and he was cute, because that was bad (laughs). Don’t be a hoarder—don’t be a car hoarder.

Urb: This has been fun, Caitlin.

CO: Thank you very much. 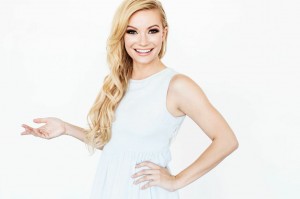 When not working, Caitlin lends her time and talent to non-profit organizations that protect animals and kids, including Safety Harbor Kids, Generosity Water and One Mama. She is also an avid classic car enthusiast and collects vintage Lincoln Continentals. Keep up to date with the beautiful and talented Caitlin O’Connor on her Twitter and Instagram page.

Our thanks goes out to Embolden Entertainment and Ray Jimenez for making this interview possible.

Read More
Guess the Guess Girl – Interview With Julia Lescova
Interview with the Sexy and Feisty Joanna Krupa
Sharna Burgess on Success, Men Who Dance, and What Makes Them so Sexy

Filed Under: Culture, Featured Tagged With: actress, interview, model
Recommended reads:
How To Be A Better Man
Best Men’s Sites and Blogs
Pendlay Rows – What To Know