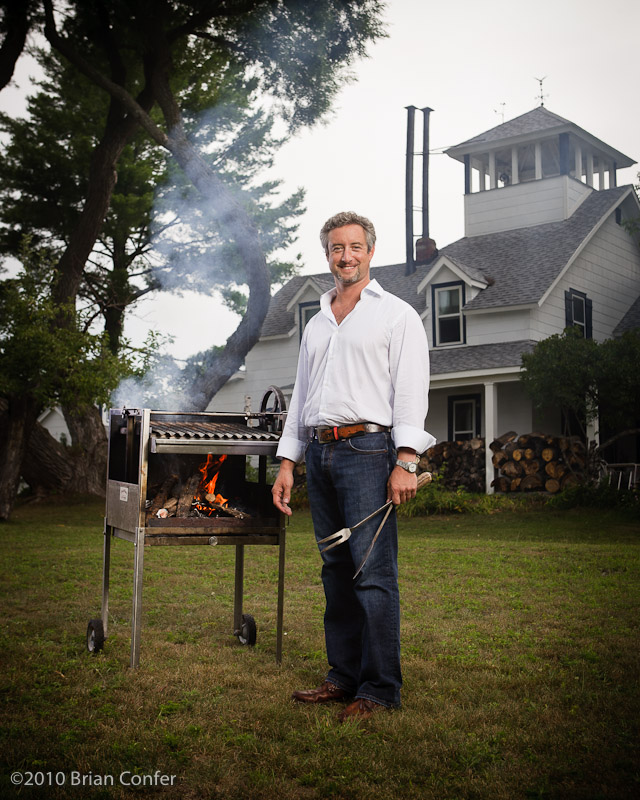 In 2000, I rented a house on a nature reserve in Costa Rica. My whole family came—my father, mother, brother and sister in law. After a week of vacation, it was time to take our twin-engine Cessna puddle jumper back to San Jose. I sat and watched the pilot as he walked around the plane checking everything. It was a beautiful day.

At this particular airstrip, the plane has to bank right after takeoff to avoid a ridge ahead. I was facing backwards behind the co-pilot when the plane took to the air. There were a couple of odd sputters from the engine, but in my experience this wasn’t unusual.

A few minutes after takeoff the plane started banking hard to the left. We turned harder and harder until we were practically perpendicular to the ground. I remember thinking that our bush pilot was showing off. What had really happened, was the right engine had failed. We came to learn later that a plane cannot bank in the direction of a dead engine. His only option was to bank left to avoid the ridge.

I remember looking out the window, which was straight down by now, and seeing the tree tops were pretty close. I kept watching, and the wing tips started to hit the tree tops, and then the plane somersaulted into the forest, ripping both wings off. It was pandemonium—everything flying everywhere, and then we hit the ground. 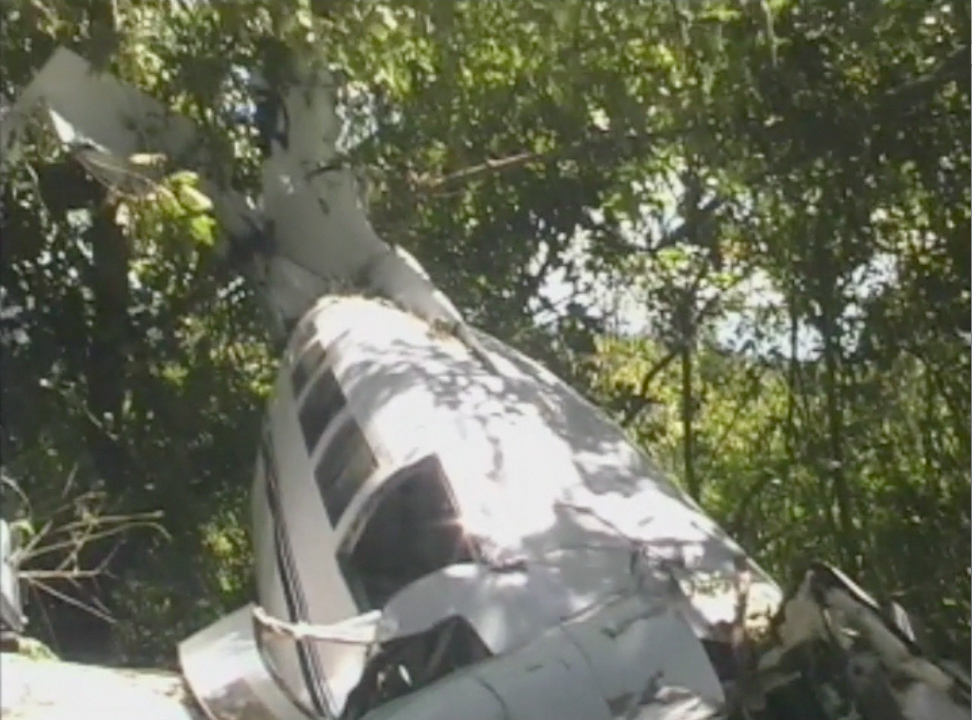 We came to rest with the tail in the trees and the cockpit on the ground. I could see the failed engine outside my window. The front of the plane was destroyed. The pilot looked like he was dead. My father, who was in the co-pilot seat, was getting out through a giant hole in the cockpit, and I followed behind. I had a head injury and broken rib, but I didn’t notice that at the time. 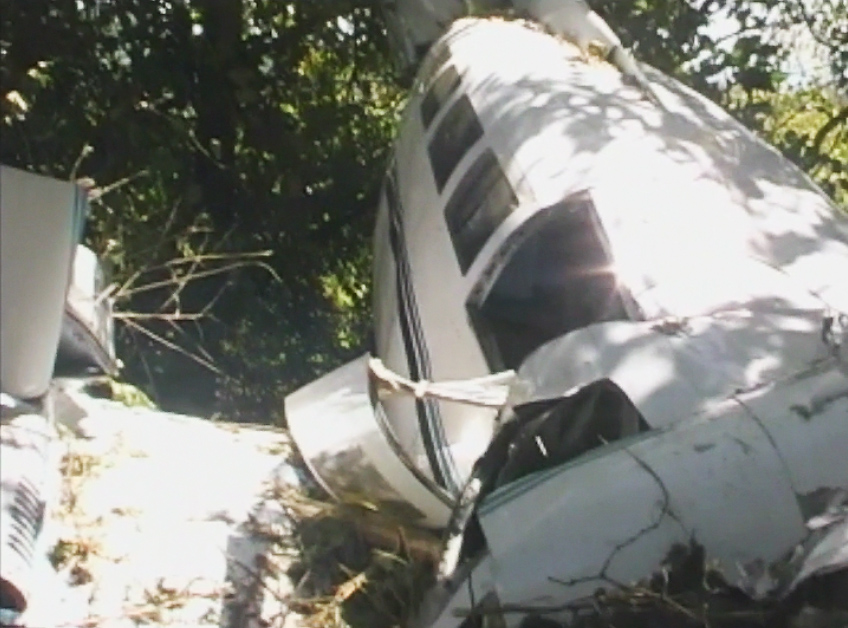 My brother and wife were pulling my mom through the back door, which was open by the time I got outside. I remember thinking, Holy sh** we’ve just been in a plane crash, and everybody is still alive. The pilot looked terrible, but was now conscious. He was covered with blood from the plane’s control pedals, which had gone through the tops of his feet. He was asking everybody in Spanish, “What happened, was I flying,” and when they’d answer, he’d ask again.

The manager of the property where we rented had heard about the crash on the radio and zoomed back in his truck. His was one of the three separate cars taking us to different clinics. I remember driving 100 mph over a dirt road with a beer in my hand, thinking, Great, I’m going to die now, in this truck, after surviving a plane crash. 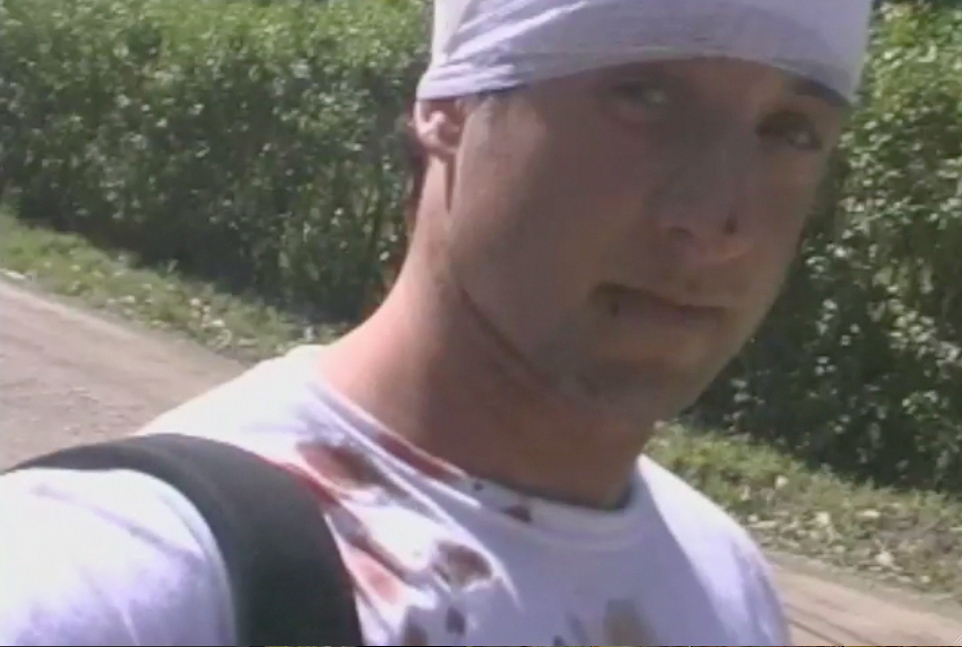 We had to fly again the next day to get to the hospital. When we finally got on an American airline, the pilots came back to hear the story. It turns out they have a morbid curiosity about plane crashes, considering being at the controls of one pretty much ends their career.

A lot of people ask how this has changed my life. For me, I say, Well, I survived a plane crash that only 0.005 percent of people do; so I must be doing something right.

Filed Under: Culture Tagged With: how to be a man, survivors
Recommended reads:
How To Be A Better Man
Best Men’s Sites and Blogs
Pendlay Rows – What To Know