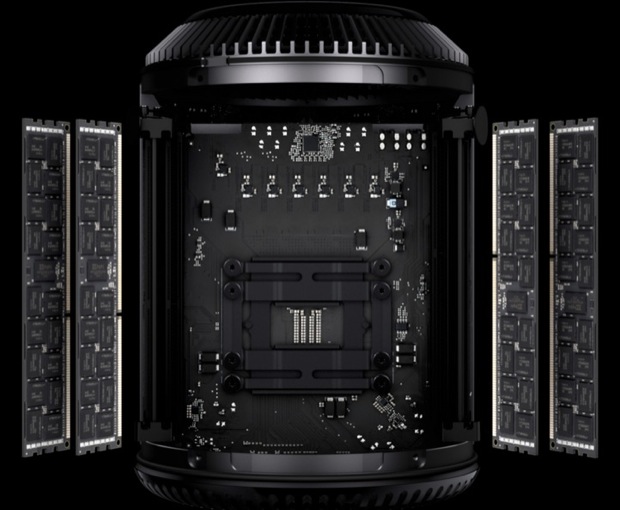 Looking more like a nuclear reactor than a desktop, the new Apple Mac Pro teased onlookers at the Worldwide Developers Conference.

“Can’t innovate anymore, my ass,” said Phil Schiller, the senior vice president of worldwide marketing. With its sleek 9.9-inch cylinder case removed, we can see that it has a triangular shaped inner chassis housing a series of chips, fans, RAM, and six Thunderbolt 2 ports (support data rates up to 20GB per second). 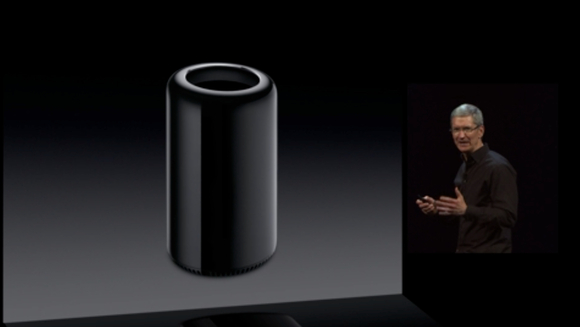 Two sides of the triangle will be dedicated to its 12-core E5 Xeon processor from Intel, along with a collection of fans which appear to be pulling air from the bottom and out through the top. The third side of the triangle features DDR3 RAM capable of running up to 1866MHz, and flash storage capable of reading 1.25 GBs per second, and writing 1GB. There doesn’t appear to be an optical drive; nor is there any expansion card slots (for now).

In all, its graphics are said to be about 2.5 times quicker than its predecessor. We’re told the setup will also be capable of supporting up to a four 4K displays, and is promised to be upgradable enough to last the next 10 years. It will be built in the US, will likely be available later in the year, and will probably be just as pricey as it looks (but worth it).

Filed Under: Tech Tagged With: Apple, Details, Mac, Macbook, tech
Recommended reads:
How To Be A Better Man
Best Men’s Sites and Blogs
Pendlay Rows – What To Know