You are here: Home / Tech / Google Glass: A New Kind of Gadget 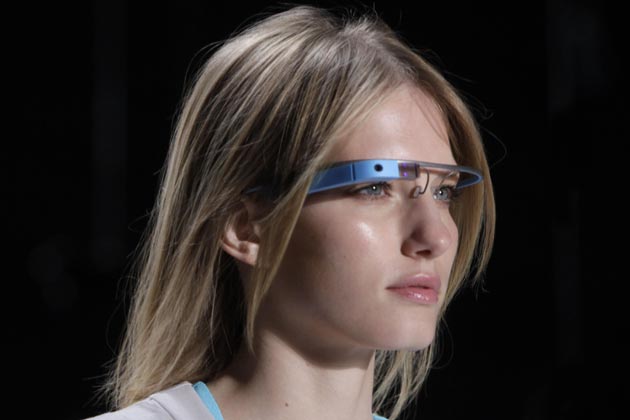 Every couple of years a new gadget comes along that causes the world to stand up and takes notice. The compass made its first public appearance in 1190, allowing sailors to know where the hell they were going. The radio was officially invented in 1885, and this technology would enable people to communicate without the necessity of standing in the same room. In 2012, Google Glass is a prototype that will allow seamless communication with the web, while going about your everyday.

Reality glasses have been discussed before. However, Google does not like the term “glasses,” as it brings to mind nerds, teachers, and Woody Allen. These are not prescriptions (they are actually quite thin and light), and it is not some kind of augmented reality device. It is simply a smart phone that will not leave your pocket, as it is always ready to use, whenever you need it. “The notion of seamlessly having access to your digital world without disrupting the real world is very important,” says Sergey Brin, Google Co-Founder.

Google is not quite at the stage to divulge their full plans, as they are still working out its features, interface, and perhaps if the glass will come in either pink or paisley (style joke–you’ll get it later). Instead, we just know that each Glass prototype is currently comprised of a processor, memory, camera, speaker, microphone, accelerometer, gyroscope, compass, wi-fi antenna, Bluetooth, and battery.

What the Google Glass will enable you to do is get the weather report as you peer out a window, take pictures as you’re immersed in the action, and receive step-by-step navigation as you walk down a street, admiring the view. All this is possible by a heads-up display that is deployed at will, and is located above the right eye. At this point, Glass software is controlled via voice direction, and a touchpad device located in the right earpiece.

If you’re worried about the convenience of wearing the device, Googles execs want you to know that the designs will only get smaller, and it is currently light enough, that most testers have reported they forget they are wearing it. “I never think about taking out my phone (when taking photos of my kids),” comments Brin. “That would really be disruptive to my play time.”

Flies in the GOO-intment
As cool as Google Glass would seem to the techno-junky, there are a few problems that will need to be addressed (overcome):

The end of this story has yet to be played out. However, we do see a future for Google Glass. The question is, whether or not this idea will take off like the iPod, or fizzle out like the slinky.

Hear the rest of the story from Sergey Brin, himself:

Filed Under: Tech Tagged With: Google, Google Glass, Google glasses
Recommended reads:
How To Be A Better Man
Best Men’s Sites and Blogs
Pendlay Rows – What To Know