You are here: Home / Women / Top 10 Cities Around the World with the Sexiest Women

Top 10 Cities Around the World with the Sexiest Women 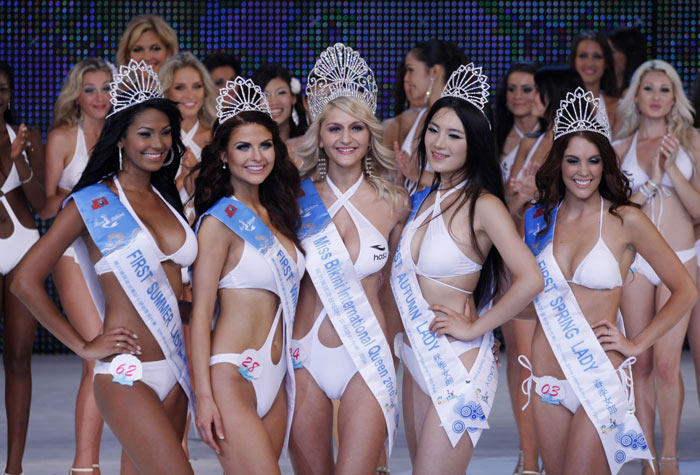 It is true that there are beautiful women everywhere in the world, but there does seem to be some areas that are a bit more gifted than others. Especially if you take into account their overall quality (features, health, genetic make-up), attitude (friendly, snobbish, gold digger), and the all-important ratio of women to men, which represents your chances of actually ending up with one of these hotties by the end of the evening.

To find these diamonds in the rough, Urbasm has done all the dirty work for you, scouring the worlds most recognized hot spots that are known for their fine ladies. We took into consideration the features most guys prefer, choosing the ones which offered the biggest bang (no pun intended) for your buck, if not by looks, by their agreeable personalities and easy going demeanor. 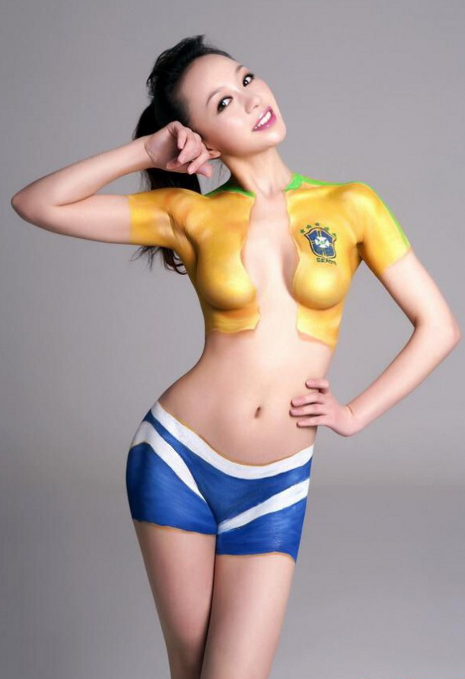 Many western men love the idea of dating their very own shy and demure China doll. The American college guy has an upper hand when in Hong Kong, as many young women consider it “cool” to date a foreigner from the West. On the negative side, culturally it is an unspoken no-no, so generally these relationships don’t get too far beyond a few late night drinking sessions. But if you fall in love, remember she comes as a package deal. You marry her, you marry the whole family!

Some men like white meat, others prefer the rich, juicy flavor of dark. If you prefer a cocoa mix to your variety, Nigeria has some of the tallest, most beautiful statuesque women the world has ever seen. While these women were born into a much different culture than the average American, they are none-the-less well educated, easy to speak to, and have a great sense of humor. There is no concern of a language barrier in Nigeria, as English is their official language.

Nigeria is a haven for the young and single. Statistics show that close to half the population is under twenty. But make no mistake about it, these women are years beyond their age in maturity and require a strong, courageous, and passionate lover. You have no idea what it means to be in the doghouse until you’ve dated a Nigerian. One of the primary features you will notice while visiting, is the women tend to be rather well endowed in the breast and rump regions. If the classic rap banter, Baby Got Back, finds its way into your vocabulary on a regular basis, this will be your chance to finally live the dream! 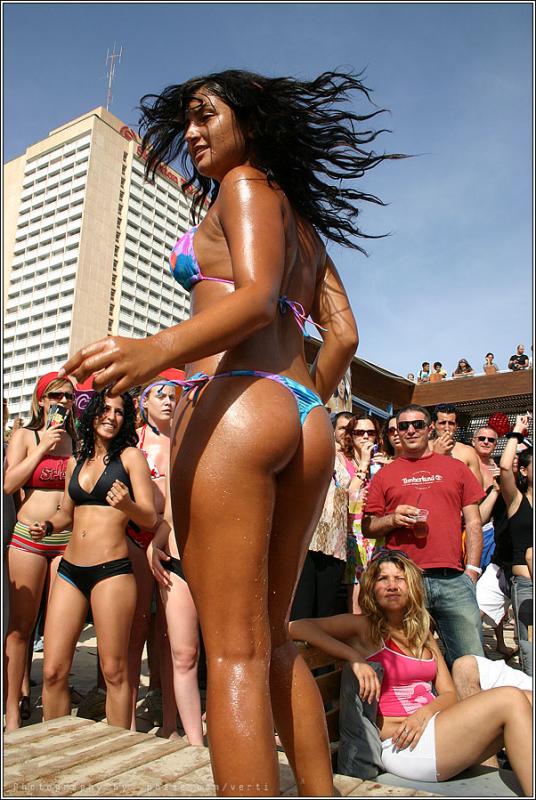 How could a million Saudi men be wrong? “I would like to meet an Israeli woman for marriage,” said one Saudi man in a recent letter to the Foreign Ministry in Jerusalem. “I hear they are smart, beautiful—I’m ready to pay a dowry of camels, herds, or even money—I promise she will fit well with the rest of my wives.” The women of Tel Aviv have long been desired by Middle Eastern men. Only recently has the rest of the world caught on to the splendor of these delicious creatures.

Just what makes an Israeli woman so desirable? Is it their green eyes, long hair, cocoa skin, or hourglass figure? In fact, the reason Israel women are believed to be so beautiful and enchanting, is they are a melding pot of hundreds of ethnicity’s from all four corners of the world. Like a fine wine, these generations of beauties have been aged into a 1000 BC vintage label that is as delectable to the eye as it will be to your tongue! 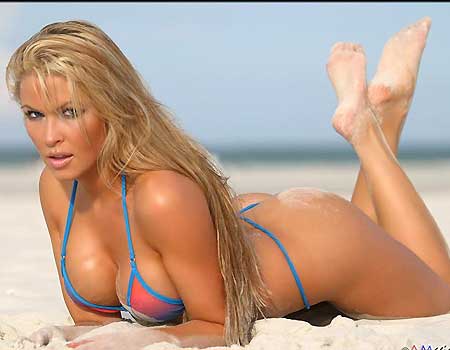 If Cleveland, Ohio, were the equivalent of Tori Spelling, then South Beach Miami would have to be Alessandra Ambrosio. You might be thinking to yourself that had to put at least one North American city on this list. Well, okay, we probably did, but truth be told, the women of Miami are known throughout the world as some of the most beautiful, fit, and fashionable. Miami is the cultural hot spot for at least three of the women mentioned on this list, so just think of Miami as a three for one special.

“There’s not more beautiful women in any place on this earth than Miami,” says rapper, Fat Joe. “You got Jamaicans, Haitians, Cubans, Dominicans, Puerto Ricans, Colombians, Brazilians, Venezuelans—they (all) come and park their asses in Miami B.” With so much diversity you might be worried about a language barrier, but there’s really only one sentence in Spanish you’ll need to know. “Señálenme a la playa desnuda más cercana (Point me to the nearest nude beach)!” Of course this is America, and some of their women aren’t really “women” at all, so count those lady lumps (three’s a go, four’s a no).

Venezuela holds more Miss Universe Pageant winners than any other country in the world. With that said, you should gather that the women here are a lot more than just breathtaking bumps on a log being dragged around on a leash. While you may think the swimsuit competition is the most important part of winning a beauty pageant, answers like, “For a man to be successful, he should be a responsible, because if he should not be a responsible, he will not have a successful,” generally don’t get the win in these types of events. In other words, these women not only exemplify elegance, but also intelligence.

At the ratio of six Caracas women for every man, the capital city of Venezuela is a lovers paradise. Steamy dark-eyed beauties, steamy tropics, and even steamier politics make up this exciting destination which prides itself with partying until the llamas come home. While their appearance may give the impression they are stuck on themselves. In truth, Caracas women are treated poorly by their men. Venezuela is a macho country where the men do pretty much whatever they want. When a foreigner drops into town treating the women as equals, they will either think him gay or marry him on the spot! 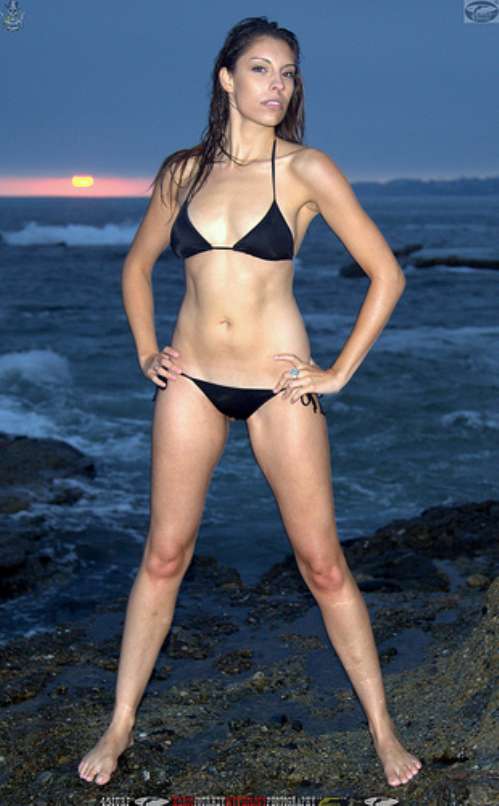 While the laziest of guys prefer to go about the acquisition of a sexy Russian through the many mail-order bride agencies, the smarter guy knows to visit Moscow himself to get the pick of the liter. Russian women currently outnumber the eligible Russian bachelors by four to one. They are incredibly seductive and know how to use their long thin frame, blond hair, and blue eyes to get what they want. Thankfully, most are only after the traditional white picket fence, apron tied around their waist, and a Shitzu named Vladamir.

Even if you you have a face like a bacon tray, there’s hope for you in Moscow. The women here are less materialistic than in the US, and by in large do not care about appearance or age. As for how these women treat their man, well, they treat him like an absolute king. The expected roles of a relationship in Russia exemplify the traditional roles of the 1950’s television show, Leave it to Beaver. This means you can look forward to home cooked meals, clean pressed shirts, slippers waiting by the door, and even a little Beaver (I’m talking about a kid, get your minds out of the gutter).

Brazil is home to some of the most breathtaking supermodels to set foot on a runway, such as Gisele and Adrianna Lima. Don’t expect every woman to look like Giselle, however, as only every third or fourth will look this damn good. They take great pride in their tight, sexy bodies and leave little to the imagination while dawning their clean Brazilian wax and even cleaner fio dental (dental floss) bikini.

Like the women of Tel Aviv, the exotic look of the Brazilian comes from the generous mixing of many of the cultures we’ve already covered. Brazilian women are molded by the bodacious booty’s of Africa; the jumbo jugs of Germany; the oil-rubbed, olive skin of Italy; the black, silky manes of Portugal; and the porcelain skin of China. They are optimistic, faithful, and very family oriented. The only Portuguese phrase you’ll need to know to have a great time is, “Você é gostosa (You are stunning)!” 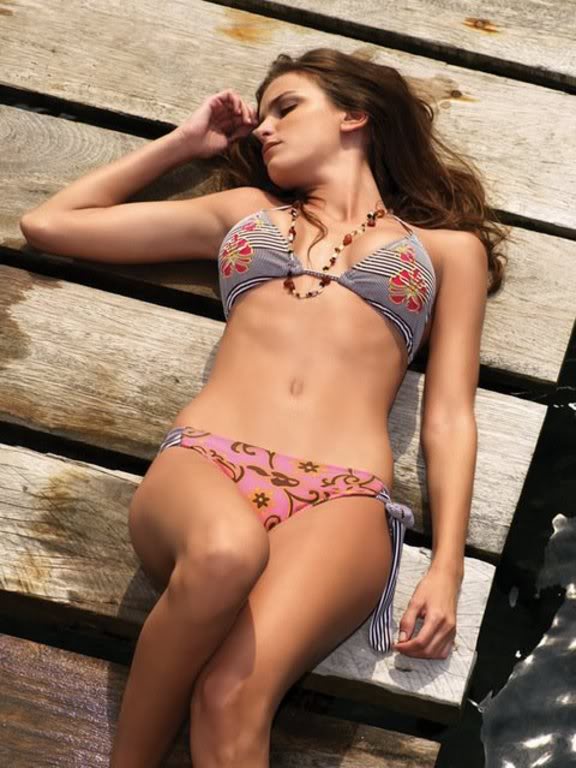 The city of Buenos Aires looks as if they stole all the beautiful women from Milan, Italy, wrapped them in string bikini’s, then dropped them off at all the hottest night clubs with big red targets stamped on their rear-ends. Porteñas as they are called, are not only beautiful, but very approachable, fun, and easy to talk to. There is a reason Argentina women are considered the cream of the crop of Latin women, and their vain, undying dedication to their appearance is pretty much most of it.

The sexiest Porteña girls are easy to find, as they will either be at the beauty shop, pilates studio, or talking themselves out of a big, fat, juicy burger with fries. There is hardly one overweight soul in Buenos Aires. In fact, walking around the beaches will have you wondering if they don’t actually sacrifice their women (or at least hide them beneath the sand) once they reach an age where they don’t look absolutely fantastic wearing nothing.

They say that the cities with the strongest liquor have the hottest women, and Copenhagen indeed has both. However, the reason the women score so high on this list is they are also some of the most approachable. They are laid back, down to earth, and very friendly. But let’s get our priorities straight here. How much is their beer? It’s expensive. Very expensive. How much are their women? Due to the strong sexual liberation from the majority of women in Europe, you’ll be happy to know they are often cheaper than the beer.

Never go up against a Copenhagen woman in a drinking match unless with a full stomach, as they can hold their liquor (Viking influence) as good or even better than any college guy I know. What should you expect when visiting? Expect a harem of tall, blue-eyed, blondes that look like they’d just fallen off a turnip truck. But don’t be fooled by their appearance. They take what they want, when they want, and they prefer their guys to be straight-forward and void of the all-American “big arse macho” attitude. 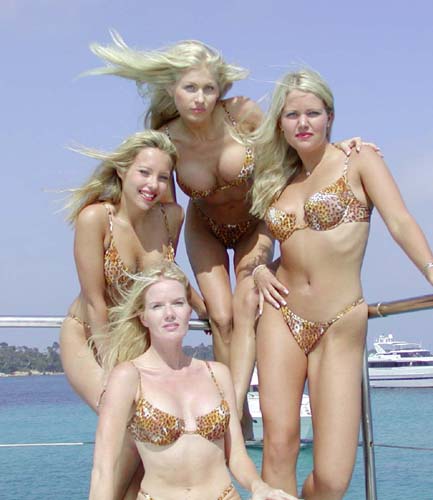 Stockholm has the hottest, kinkiest, and most beautiful women per capita of anywhere in the world. While I could banter on about their excellent nightlife, generous amounts of college women, and sexy clipped British accents, it is really their drop dead gorgeous bodies and faces that has landed them as the number one female on this list. Their most notable features are their long toned legs, smooth skin, beautiful blue eyes, and long, luscious golden locks.

What do they do while snowed in up in the Swedish mountains after a long day of skiing and partying? Well, considering they have one of the highest birth rates in Europe, I’d say we have a pretty good idea. The only bad part about hanging out in Stockholm for any extended period of time, is once you return home, you might have to get plastered just to hang out with your own girlfriend. This is particularly true for those of you who live in Cleveland, Ohio.

Filed Under: Women Tagged With: Sexiest Women
Recommended reads:
How To Be A Better Man
Best Men’s Sites and Blogs
Pendlay Rows – What To Know