Car Vending Machines Become the Genie of the Modern World 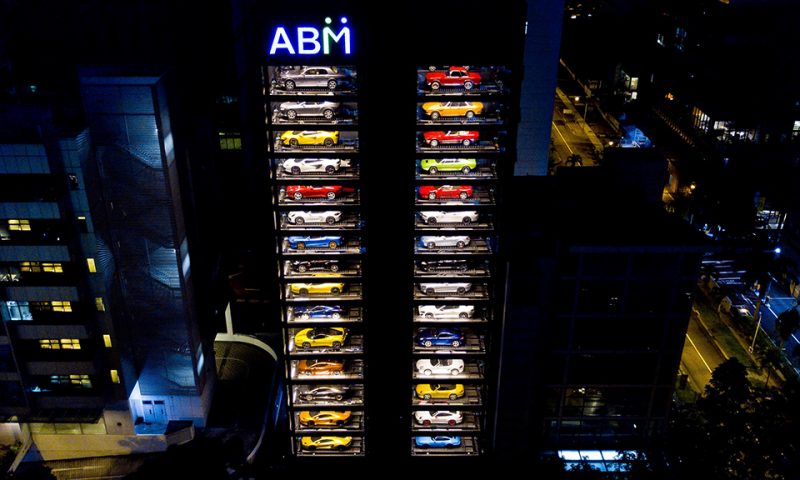 It all began in the ancient temples of Egypt, where holy water was dispensed to its visitors. This was followed by tobacco dispensers in England around 1615. In the 1880s a convenient machine was placed in the public view in the city of London where one could purchase a postcard, notepaper, and envelopes anytime they wanted. There was no small talk, eye contact, or bargaining. It was a straight across, deal, cash for a product, and what a beautiful thing it was. 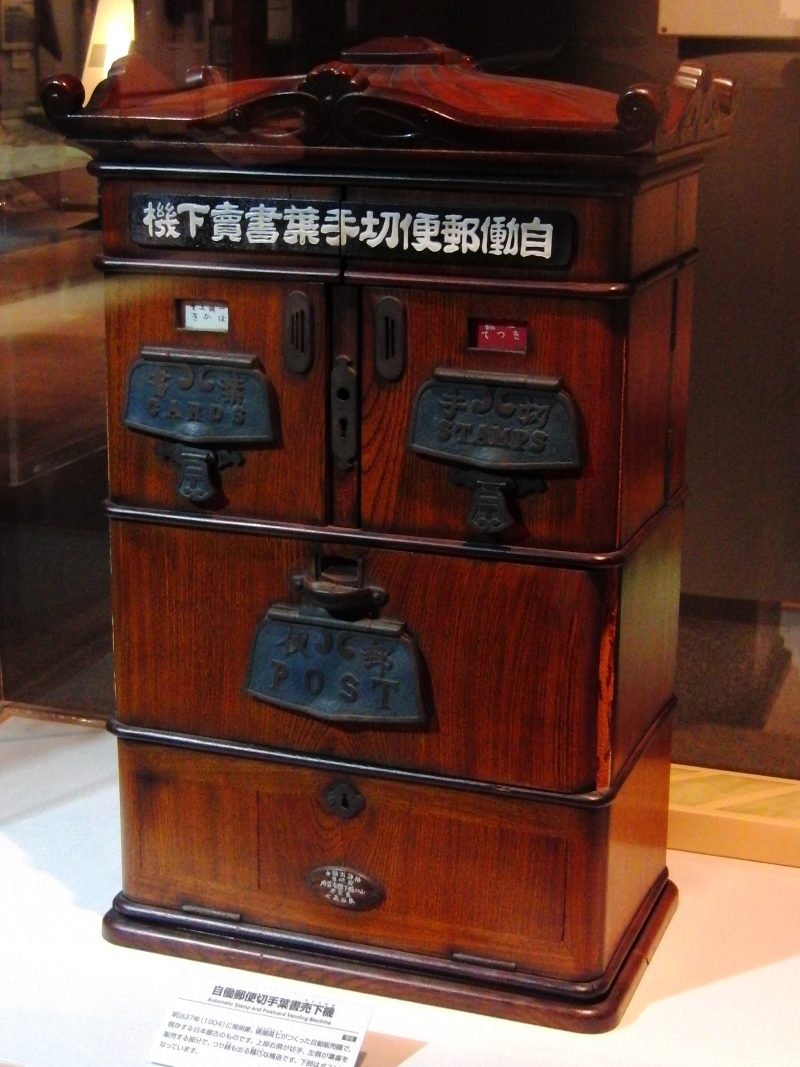 From there, new items began appearing in machines, including stamps, food, gum, life insurance, live bait, photos and birth control. It was quick, easy, and convenient means to serve the people’s needs. And today, the automotive world is hoping some of that simplicity can translate into selling more cars.

Are We Living in a Box?

In 2013, the company, Carvana, created a niche operation to sell cars online and have them delivered to a location where they could be picked up by the paying customer. The advantage was obvious: no pressure, price hikes, or bargaining. The deals are made online, and the deal is sealed seven days after the car has been picked up and given a thorough check-over.

By the time the company had spread to Tenessee, these ‘locations’ had begun to look a lot more like living sky garages. 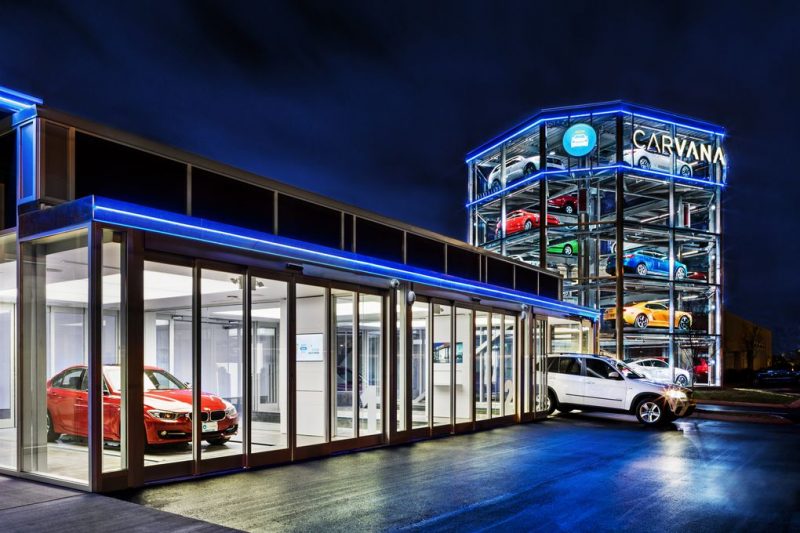 After a purchase from Carvana, the customer was given a special coin, given directions to the Tennessee pickup point, and the rest was taken care of by the vending machine.

And these machines have continued to get more impressive. 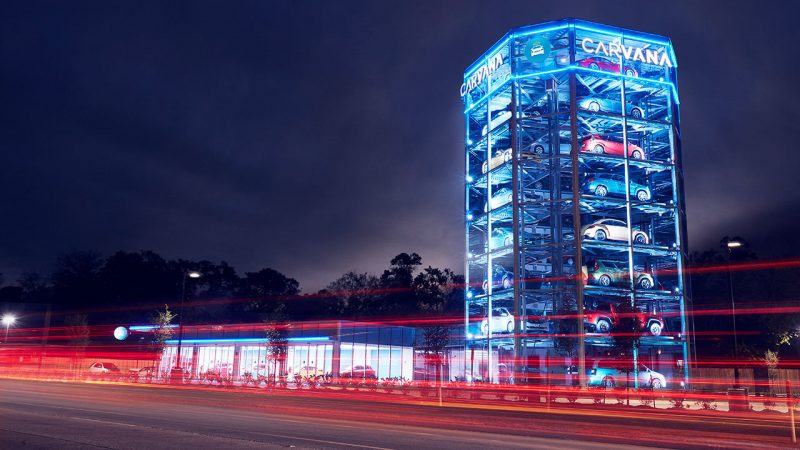 Like this one located in Houston Texas, featuring eight full stories of car candy for the online buyer’s enjoyment.

Soon, car vending machines began popping up in San Antonio, Raleigh, Frisco, and most recently, Jacksonville Florida. The company has gone from making $4 million revenue in 2013 to somewhere in the region of $300 million in 2016. And the world had taken notice.

In particular, Autobahn Motors had been busy planning a Singapore central location where they would offer nearly 100 of the world’s most desired luxury automobiles. But instead of spreading them out over several acres of concrete, they stacked them in a 15 story building – vending machine style. 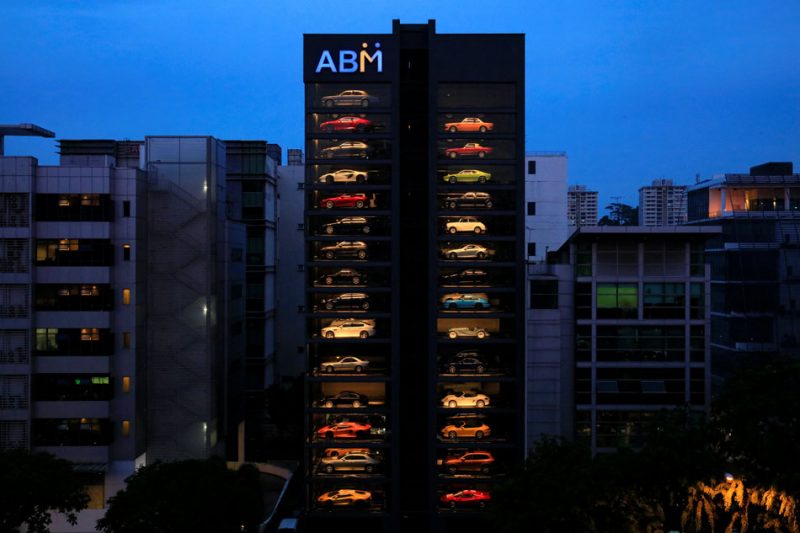 Well, this was really their only option, considering that even the biggest billionaire of our century couldn’t afford to demolish several acres of the heavily crowded streets of Singapore. It just wouldn’t be cost-effective. “We needed to meet our requirement of storing a lot of cars. At the same time, we wanted to be creative and innovative,” commented Gary Hong, the General Manager of Autobahn Motors.

And so they did, and the result was beautiful (to any car guru).

The Age of Convenience

The Alibaba Group has a similar idea in mind to boost sales in China, but space is not so much the issue, as is simplicity and convenience. The way these vending machines work begins with a simple app, the Alibaba Taobao app. Buyers can snap photos of a car they’d like to try out, take a selfie of their face for recognition purposes, and as long as their credit score is within range of 700, they are invited down to the vending machine where the real process begins. 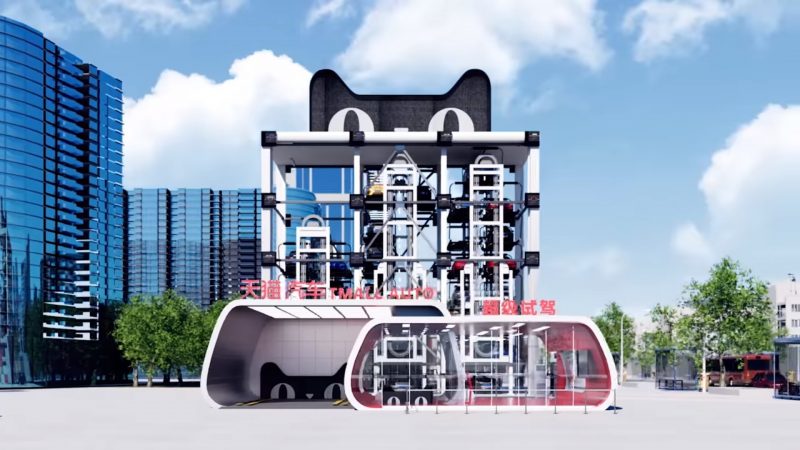 From here a computer will recognize the buyer from the selfie taken earlier, locate the vehicle, work it down through the gears and platforms until it arrives at your feet. From this point, you are given three days to roam the countryside free in the assumption that you are deciding on whether you actually want to buy the car or not. You can only try a particular model once, and no more than 5 models per every two month time period. The company figures, any more than that, and the buyer is likely just taking advantage of them.

Ford has recently jumped on the bandwagon, hoping to boost their sales in China, which have been waning over the last couple years. In particular, they are looking to sell more EVs. This coming month there will be two locations of vending machines (the second in Nanjing), with dozens more planned to pop up across China’s landscape within the year.

Yes, the humble vending machine may have been born out o convenience, but let’s look at it from a modern perspective. Its ultimate success relies on it granting your wishes from a window – and delivering them out of a box. In other words, it is the closest thing you will ever come to a live personal genie, and the automobile smart vending machine is only the beginning.

Filed Under: Autos, Culture, Featured Tagged With: auto, auto dealer, automotive
Recommended reads:
How To Be A Better Man
Best Men’s Sites and Blogs
Pendlay Rows – What To Know