You are here: Home / Culture / Why We’re Thankful for a Woman Like Vanessa Golub

Why We’re Thankful for a Woman Like Vanessa Golub 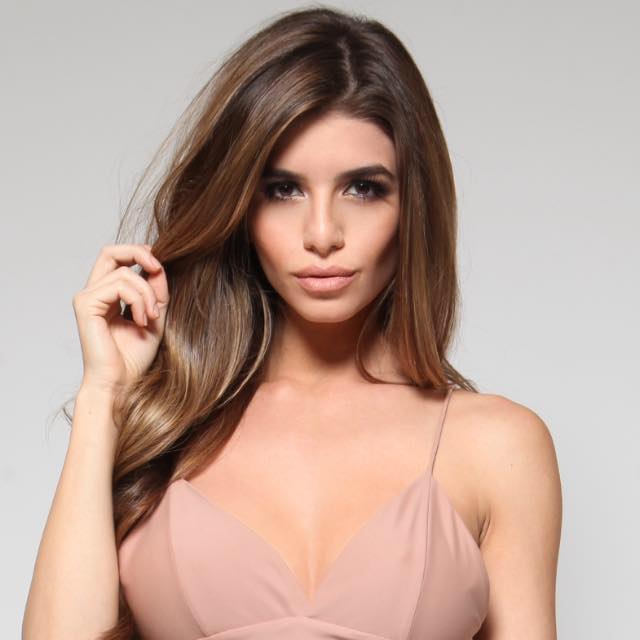 We here at Urbasm have a lot to be thankful for this year. But one thing we never want to take for granted is a beautiful, intellectual woman who not only has a lot to offer society from her passion and inspiration, but also her insight and good man advice. She has appeared as one of the ‘Lovely Lady’s of the Day’ on Sports Illustrated model, a popular Tecate Ring Girl, Miss West Coast 2014 and has recently transitioned herself into a television host. What else could we say about Vanessa Golub to explain why we’re so thankful for her?

We’ll let her explain for us:

Urbasm: Hi Vanessa, What do you have coming up that we can look forward to?

Vanessa Golub: Lately I have been doing a lot of traveling, which actually led to landing me a spot as a host on a new show in the Philippines. The show is called Tough and Rough and is much like the show “Tough Mudder” in the US.

Urbasm: Oh, do you speak…

Vanessa Golub: No I’m not Filipina, nor do I speak Tagalog, but the Philippines is actually a predominantly English speaking country which worked out great. The show will air on one of their major networks, but will be posting the shows on my social media for you all to see. I am looking forward to transitioning from modeling to television. 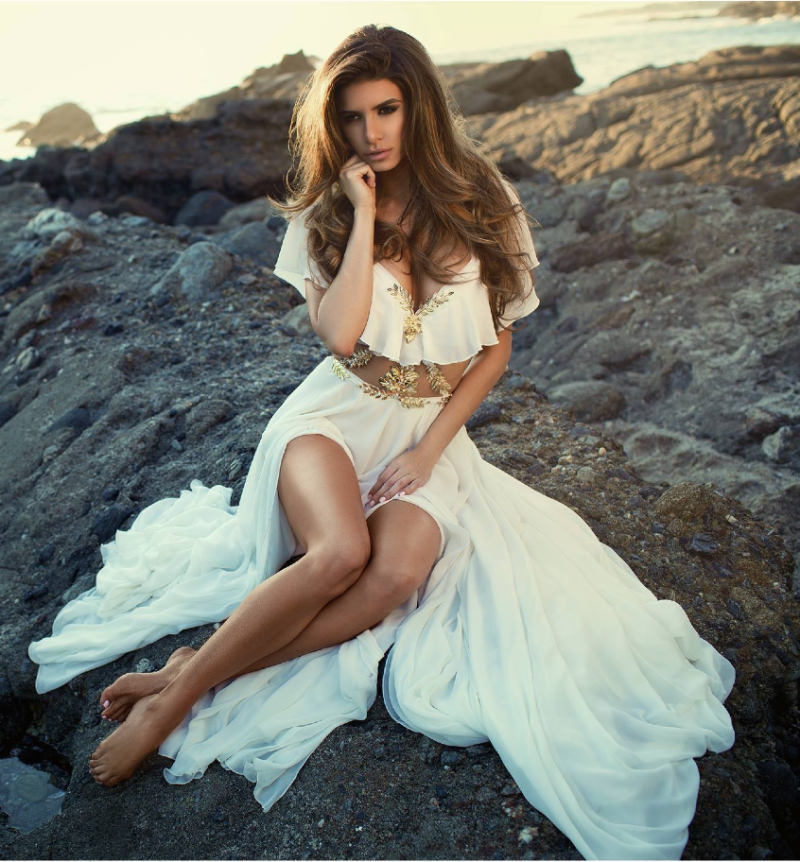 Urbasm: Yeah, congratulation on that. We’ll keep an eye out for your posts. So what do you think has been the key to all this success?

Vanesa Golub: I actually went from a 9-5 corporate position to entering the world of modeling so it was a big change. I had a “revelation” if you will, and told myself if I don’t pursue this now I might never get the chance – we all know modeling has an age limit for the most part. I attribute my success to going ‘ALL IN,’ and turning it into a full-time job.

Urbasm: What else would you like to accomplish in your career?

Vanesa Golub: Overall I am very pleased with what I have accomplished so far, but this transition to television would definitely be the cherry on top of a successful career in entertainment.

Urbasm: What is your inspiration behind every photo shoot you do? In other words, what kind of legacy do you hope to be leaving behind in your pictures? 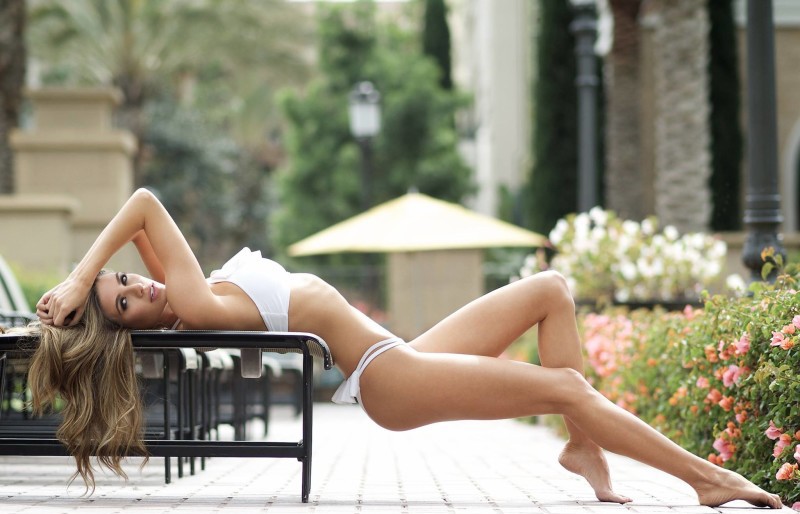 Vanesa Golub: I’ve never really thought of it that way. I do it because it’s fun! If there was a legacy to be left it would be for women to embrace their femininity and sexuality. I think it’s unfair that women are often shamed for looking “too sexy” or showing too much skin. I hope my photos inspire women to pursue their modeling dreams.

Urbasm: What would be your ultimate photo shoot? Perhaps something that has never been done, but you would be totally up for if there was a way to do it?

Vanessa Golub: Not sure what hasn’t been done these days. I feel like I’ve seen it all.

Urbasm: Good point. So, what does it take for a guy to get your attention these days?

Vanessa Golub: Too flashy is the biggest turn-off.

Urbasm: Then how do you prefer a man to dress? 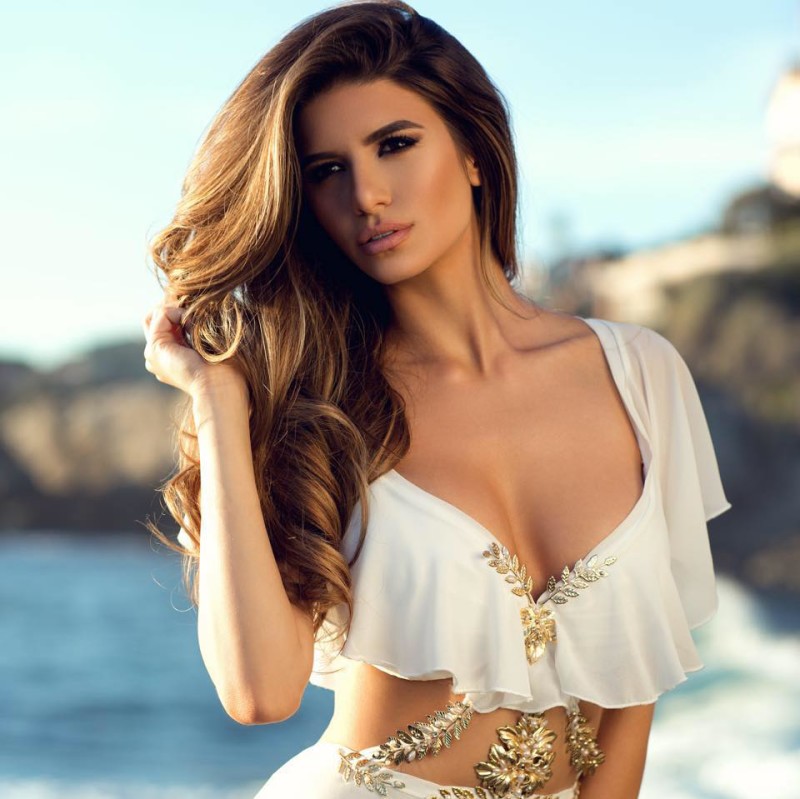 Vanessa Golub: If you are trying to prove to me your worth with over doing it in the fashion department, I’m going to assume it’s because your personality is lacking – harsh I know (laughs).

Urbasm: (laughs) Okay, let’s approach it this way – If you could date any famous character from history, who would it be and why?

Vanesa Golub: MLK because of his bravery and his belief in equality for all.

Urbasm: That is a tough act to follow. What is the best technique that a man has ever used to approach you for the first time?

Vanessa Golub: There is no method in my opinion. Just be confident, but NOT arrogant.

Urbasm: What is the best pickup line you’ve ever heard, either directed at you or to a friend? 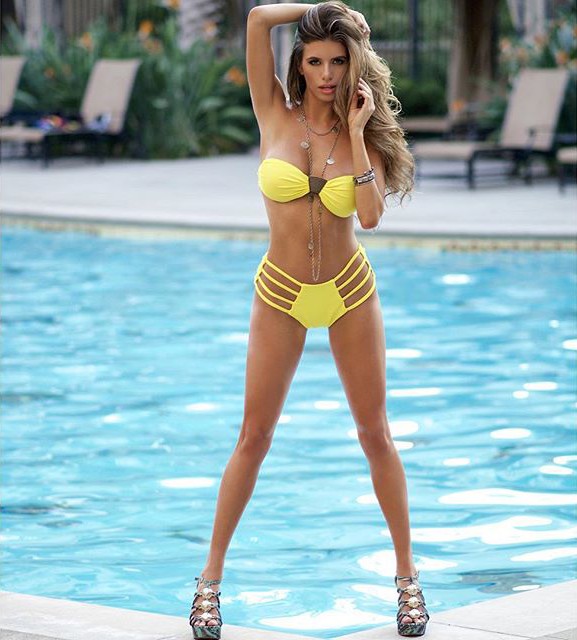 Vanessa Golub: They are all equally cheesy!

Urbasm: We’ve heard that so many times, I don’t know why we continue to ask that question (laughs). Switching gears – who are a few of your favorite girl crushes you can share with us?

Urbasm:  Good choices. And finally, what are the three things that every guy should know to be better men, according to you?

Vanessa Golub: One, don’t take yourself too seriously. A man that is comfortable making fun of himself and can take a joke is sexy. Two, I love a sensitive guy. The macho man thing is lame. And Three… Be. Honest. 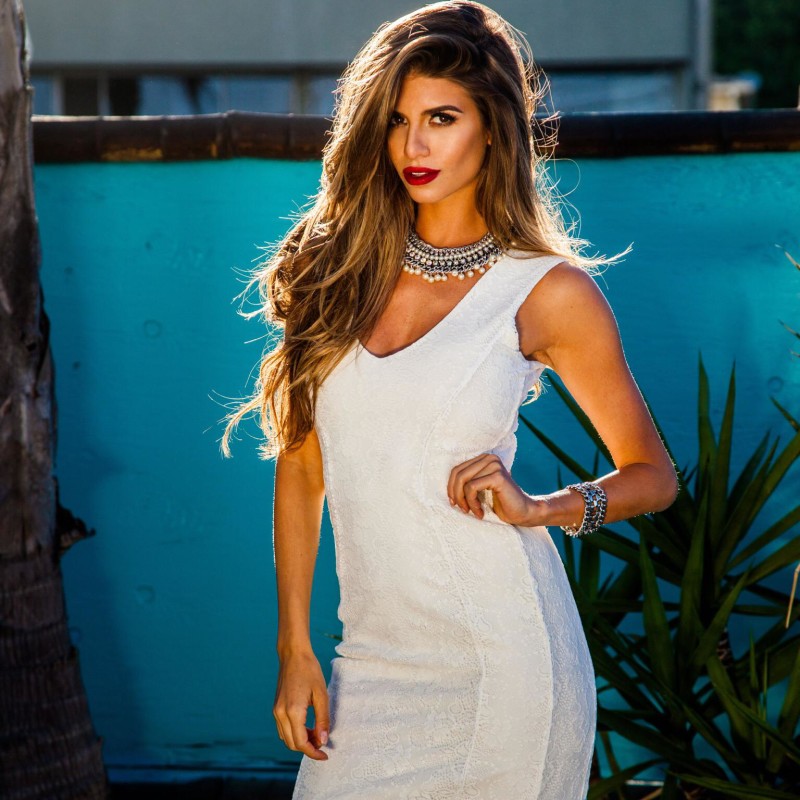 Thank you so much, Vanessa. I think you have proven our point. And if you would like to continue to have your days filled with inspiration and beauty from Vanessa, we highly recommend following her on Twitter and Instagram.

Read More:
Guess the Guess Girl – Interview with Julia Lescova
Interview with the Sexy and Fiesty Joanna Krupa
Jess Impiazzi On Being Romantic, Dressing Sexy and Buying Lingerie For Women

Filed Under: Culture, Featured Tagged With: culture, interview, model
Recommended reads:
How To Be A Better Man
Best Men’s Sites and Blogs
Pendlay Rows – What To Know