You are here: Home / Culture / Inside Look at the Yotta Lifestyle

Inside Look at the Yotta Lifestyle 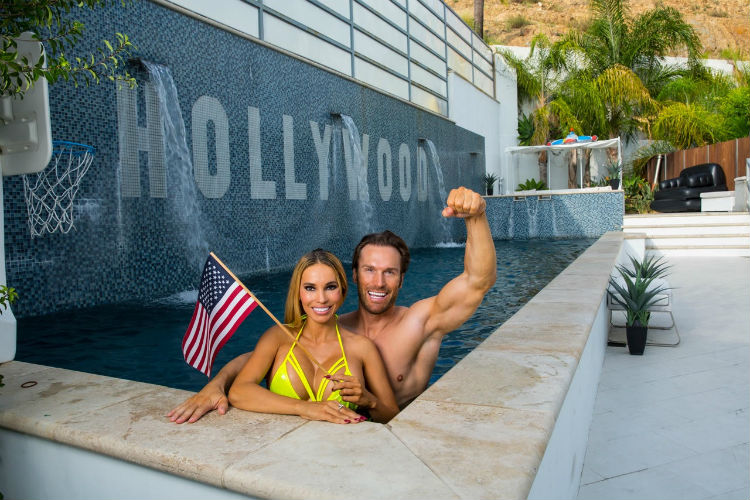 The parties, supercars, scantily clad women, muscles and stacks of free-floating cash… is this what the Yotta Lifestyle is all about? No, actually it is only a part of it, and Bastian Yotta recently invited us to discover their full story as a premier life coach. So we came prepared with our best ab flex and an open mind – and this is what happened next:

Urbasm: What have you been up to lately since you’ve moved to Hollywood, Bastian?

Bastian Yotta: Two days ago we watched the new James Bond movie at a private screening of a very famous actor in LA.

Urbasm: That sounds great. What are a few of the things on your bucket list that still need to be crossed off?

Bastian Yotta: One, launching my tech company in USA and Germany. I raised one million clients in the first year. Two, to become a billionaire – I am not yet, but am on a very good track.

Urbasm: What about in the near future?

Bastian Yotta: One, starting my charity project for homeless people in LA. I plan on achieving some significant improvements for them. Two, airing our new Reality TV show and making it a success. Three, breaking two world records on a BMX Bike. 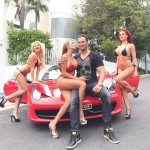 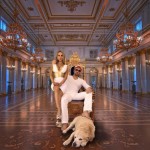 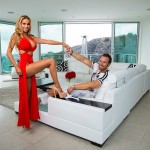 Urbasm: We’ve been reading about the Yotta Lifestyle and were intrigued, but for those not familiar, can you explain it in your own words?

Bastian Yotta: Finding your burning desire – why are you living? What makes you jump out of the bed in the morning and let you fall asleep with a huge smile? It is living every single moment at one-hundred percent, not only some days but every single moment with everything you do. Do it in the best way you can. And making all areas of beauty, health, wealth, happiness and love perfect – you must work every part of it!

Urbasm: What are some future events planned for Yotta Life?

Bastian Yotta: On the 14th of November we will be having a huge party at our mansion – best party of the year! It will be something LA has not seen before!

Urbasm: We’ll keep a look out for that. You make this lifestyle look easy, but we know that things were not always perfect for you. What is one of the worst business decisions you’ve ever had to make that actually turned out to be great?

Bastian Yotta: Every decision is good. Bad is only a none-decision – because then you wait! Living is moving forward and making progress. Every decision is easy if you are not afraid to fail because it is your way – and if you fail, then it is a success because you will find a way. Stand up, try another way! It is so easy. I do this even today.

Urbasm: Yes, and we see plenty of proof from your Instagram photos to suggest this method works. Which reminds us, what do those beautiful “Yotta Girls” do and what are the requirements to be one? 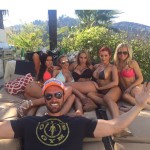 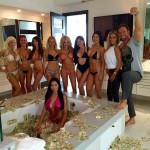 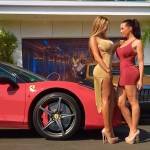 Bastian Yotta: There are three requirements: Must be good looking, must want to raise to a higher level in life, and Maria must have a good feeling about them – instinct of a woman, you know (laughs). If all 3 answers a good, then you have a good chance of being the next Yotta girl.

Urbasm: Do you get many applicants each month?

Bastian Yotta: We get almost 500 applicants each month and we proof every girl on our own.

Urbasm: Some of the media has compared you with Dan Bilzerian. What are your thoughts on that?

Bastian Yotta: I know Dan and he is a nice guy. Far away from the image he shows. I like him but me and Maria, we are a couple. I love my wife and never get close to another woman or touch her. I hate guns. In my world I don’t need weapons and I don’t like to shoot – my positive mind is my power! We have a message and want to help other people – and I am much taller than him (laughs).

Urbasm: If there was a movie made about you, who are some actors you’d like to play you? 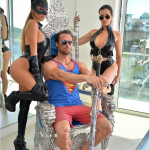 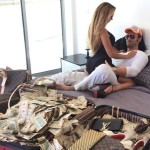 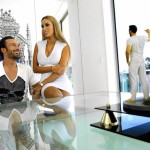 Bastian Yotta: I would play myself because nobody can do it better than me (laughs).

Urbasm: Good answer. So how did you and Maria meet?

Bastian Yotta: I met maria at a dinner in Munich. We fell in love from the first second. Okay, Maria after two hours (laughs). 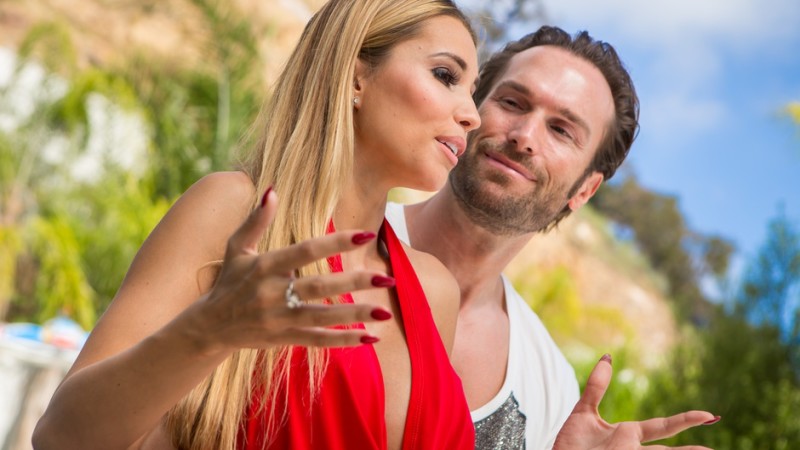 Urbasm: (laughs) What would you like your legacy to be? In other words, what do you perceive to be your ultimate contribution to society as a life coach?

Bastian Yotta: I can not rescue the world, but I want to show how the world can rescue itself – that is my mission! Showing people how to help themselves, because then they are independent. I don’t want people to need me – I want to give them tools.

Urbasm: If you were to host a party, who are some people you would like to be there? They can be dead or alive. From Elvis to Genghis Khan, anyone at all.

Bastian Yotta: For sure, Arnold Schwarzenegger… 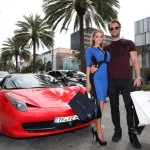 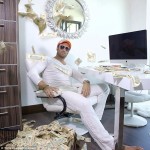 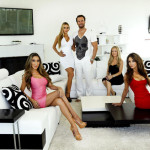 Urbasm: I just knew you were going to mention him (laughs).

Bastian Yotta:  Freddie Mercury of Queen just to sing, “We Are the Champions,” live. Socrates, but not for the party – There are some questions I’d like to discuss with him. My uncle who died when I was 14, just to show him that my dream came true. He did not believe me and his last words were, ‘Damn, I would be so curious if you will make it one day’ – and I did.

Urbasm: What are the three things that every guy should know, according to Bastian Yotta?

Bastian Yotta: One, who do you want to be? What is the perfect version of yourself? Two, what life do you want to live? What is your dream-life? And three, how to make both, one and two happen!

Urbasm: Yes sir, that is pretty much the secret to a great life. Thanks for chatting with us Bastian.

Bastian Yotta: Great questions. These were so much fun to answer – thank you!

The Yotta Life Mansion could be a strong contender for having better ‘playboy mansion parties’… than Playboy itself.

And here’s the proof: 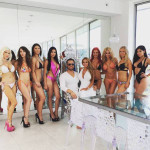 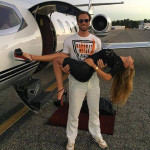 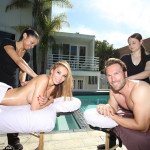 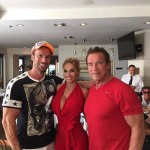 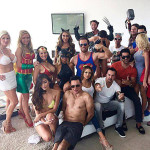 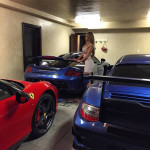 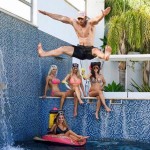 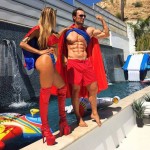 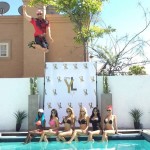 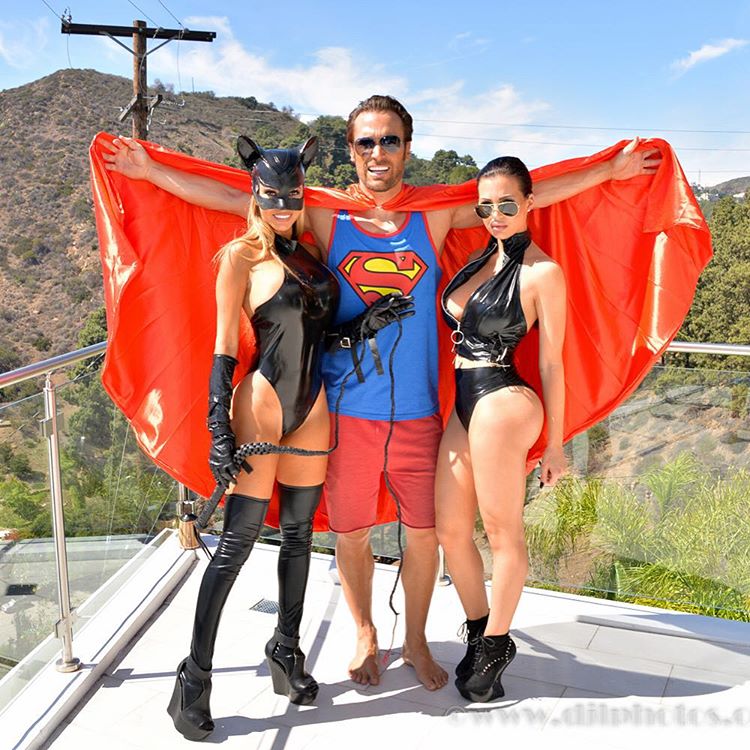 “You can be a Superhero every single day. It’s not about the costume, it’s about a mindset.”

Filed Under: Culture, Featured Tagged With: interview, lifestyle
Recommended reads:
How To Be A Better Man
Best Men’s Sites and Blogs
Pendlay Rows – What To Know