You are here: Home / Culture / Damian Chapa on Work, Life and The Making of the Film Father Rupert Mayer

Damian Chapa on Work, Life and The Making of the Film Father Rupert Mayer 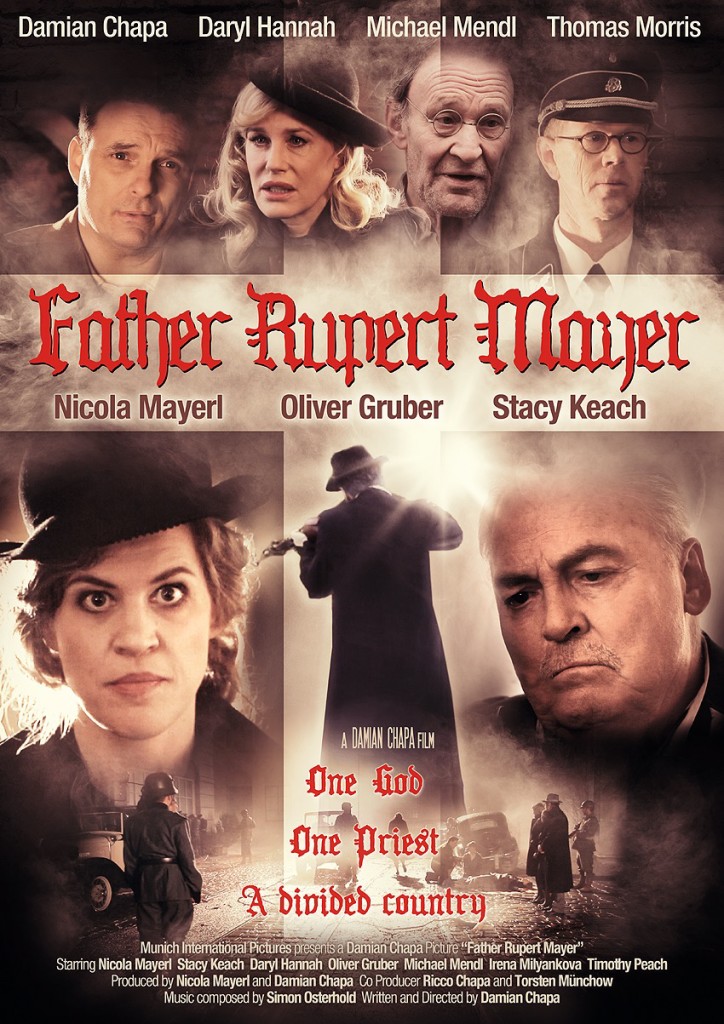 Actor, director, writer and producer, Damian Chapa, has a new film, Father Rupert Mayer, that is premiering at the Crest Westwood Theatre in Los Angeles on May 28th. It is based on a true story of one man who took a stand against the Nazi regime and stars Stacy Keach, Oliver Gruber, Daryl Hannah, Nicola Mayerl and of course, Damian Chapa, himself. This is one of those stories that has waited far too long to be told, and we’re happy to say that the wait is finally over.

Urbasm: Hi Damian. In your own words, can you give us an overview of your film, Father Rupert Mayer?

Damian Chapa: Father Rupert Mayer is a story of a priest in Germany Bavaria, who during the Nazi era, stood up against the Nazi’s fighting for the lives of the less fortunate. He risked his life and died as a result of losing so much weight in the camps he was in while preaching against this evilarchy.

Urbasm: We’ve read that what inspired you to film Father Rupert Mayer was from a personal experience in Germany, can you tell us a bit about that?

Damian Chapa: Yes, it happened over a paternity situation. Basically what happened is my ex reported me—causing me to be wrongfully arrested by the German police and thrown into the same prison that Rupert was put into. I experienced what happened inside that place, and while I can’t really know what happened during the war and holocaust, it did cause me to learn some things I didn’t know about horror and terror.

I now understand better what these people went through. The feeling of having a child taken from you and being in a place that you shouldn’t be—I started to understand. People kept telling me there was a man named Father Rupert Mayer who stayed in that same prison. I learned this man suffered so much for others—his story had to be told. 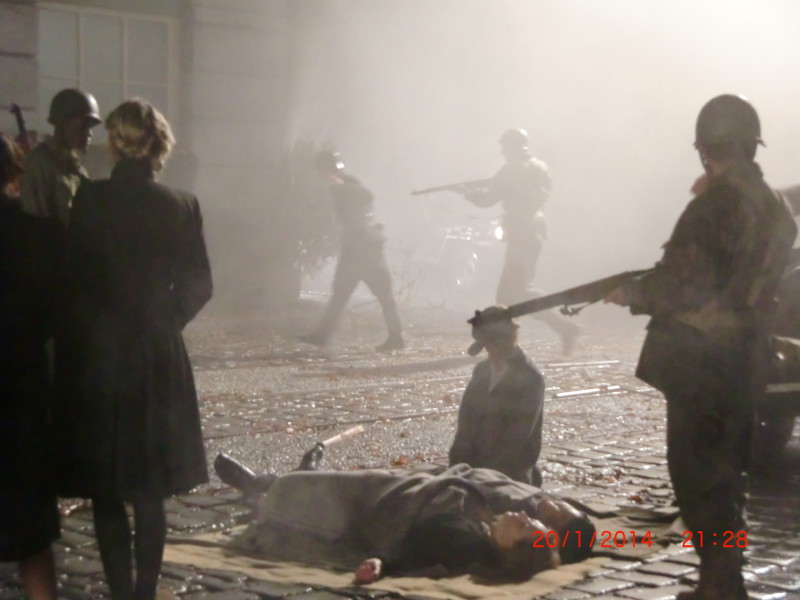 Urbasm: What was the name of the prison?

Damian Chapa: It’s called Stadelheim prison, and it is where many people in the Nazi era were imprisoned. When you look at this place now it is the same place as when all those people were put into during that horrific horrific undertaking by the Nazi’s. You can feel the negative aura in that place.

But eventually the police found out that my son’s mother was lying. They let me out of that terrible place and gave me 2,000 Euro and told me to run along and have a nice day. I was like, Are you kidding me, you ruined my life. So what happened was my lawyer, Nicola Mayerl, she became enthusiastic about the story of Father Mayer after I told her about it. So we decided to produce this film together, and she also played the lawyer for Father Rupert Mayer. 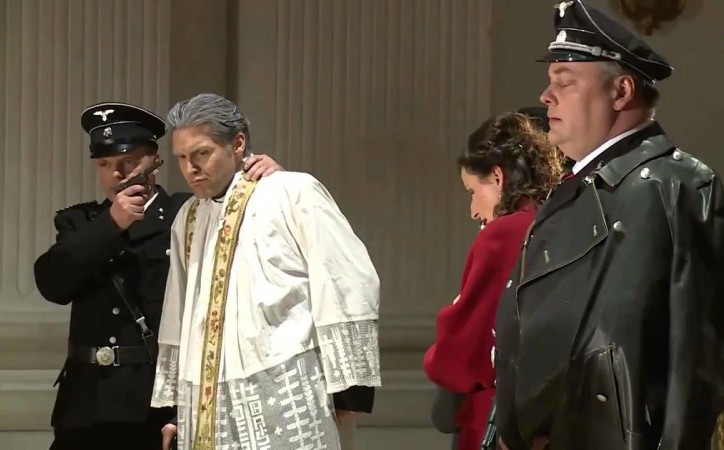 We needed to get this story out to help people understand what people went through. The people who sacrificed their lives for the Polish and Jews and everyone else who suffered during that war. And I had a personal emotion to bring to it. It really became a movie of passion. But it is also a story to show that there were basically two separate Germany’s back then.

You’ve always got people that are good and people who are bad. This film is about these two Germany’s, where this priest would say, This can’t happen; you can’t put people in prison because of who they are and what they believe. He would say, This is wrong; This is crazy.

Urbasm: How did you research the historical portions of this story?

Damian Chapa: When I got out I started studying for my paternity lawsuit in Munich, which by the way, Munich is a pretty city, it just has a lot of horrible history. I started going up and down the main streets and ran into this church called Father Rupert Mayer. I had a lot of tragedy in my soul because of what happened, so I was trying to find a spiritual way to get through it. And when I walked into this church, they had the full history of what happened to Mayer. They had videos, and afterwards I literally started crying.

I said to myself, This guy went through way more than I did—I was only in prison for a few months and this man lost his entire life to stand up for the rights of other people. He stood up for the people who were dying and suffering in concentration camps. It was a really touching story, but this video could only be found in Munich. There is always going to be someone else who suffers more than you, and their story needs to be told even more than yours; or mine, as in this case.

Urbasm: What was it like working with that awesome cast? You had a lot of great talent working on this. 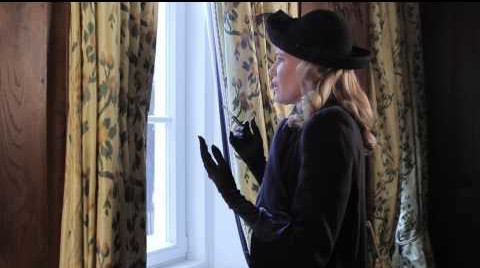 Damian Chapa: Yes, we had Stacy Keach, a wonderful actor. I’ve worked with Stacy many times, and he played Colonel von Bayern, the man who ultimately gets father Mayer out. This is based on the true story by the way. It was von Bayern’s job to decide whether Mayer stays or goes, and he makes that final decision through the influence of the character Nicola Mayerl plays, Von Bayern’s daughter. But it was too late, because my character, Captain Paintsville, comes to get him, but Mayer was like 90 pounds. He died shortly after. The other character who fought for Mayer’s release was an American lady played by Daryl Hannah. She did a great job and is such a classy lady in this film, and really embodied that era for us. She is such a wonderful person to work with.

Urbasm: What was one of the most amazing moments on set during filming? Something we might even recognize while watching this.

Damian Chapa: (laughs) Well, that is a good question. I have to tell you that the whole movie was amazing. It was such a difficult movie, although enjoyable to make. It wasn’t the easiest because it wasn’t one of these budgets they are used to in Hollywood. Basically, everybody was pulling together, but sometimes things behind the scenes could get a little hectic. I thought Hollywood was a difficult place when working with unions, but Germany—some of these German actors were unbelievable with their requests. But there were also a lot of wonderful actors like Oliver Gruper who plays Father Rupert. He was just the complete opposite. He gives such a stunning performance; he is one of the better newcomer actors that I have ever worked with. He really helped us out a lot.

But when I look at the film, when you say ‘behind the scenes,’ the first thing that comes to mind is that when I was shooting the prison. I was like, Oh my God, I was just in this place. You can imagine how difficult it was—it brought back some horrible memories, but like people say, The show must go on (laughs).

Urbasm: (laughs) We can certainly understand that. And you filmed this in only three weeks, is that correct?

Damian Chapa: I filmed it in three weeks, which is an impossibility. Thank God we got through. Nicola Mayerl really did a classy job of bringing everything together in Bavaria.

Urbasm: And this premiered in Germany last year?

Damian Chapa: It was February I believe—it might have been April.

Urbasm: What is some of the work that goes on before a film gets to the point of actually filming that most people probably don’t realize? 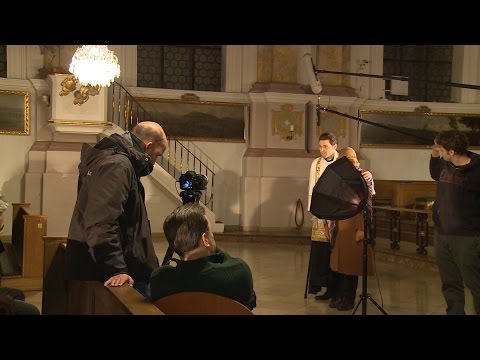 Behind the Scenes, Father Rupert Mayer

Damian Chapa: The bottom line is that I was in Germany because I had to see my son, so that was difficult. And these people really hold onto their language (laughs), and for me it is such a difficult language. I had to argue with a lot of people to get this in English. I said, You want this story to be told to the world—it must be filmed in English. The difficulty was to convince them of that, and it was not easy.

Urbasm: So what’s going to be next for you?

Damian Chapa. There is a wonderful producer, Anne Miller, who has helped me put a new film together. It is called Cry Me an Ocean. It is a story about a very innocent young man who comes out to the big city and finds himself in the night life. He has a relationship that would really never happen but by chance. It is about a journey between two people. One that was brought up as a right-wing country boy, and the other one is a real city-slicking hustler. They both are so different that there is no way they should be together. It is a journey that shows people can be different, yet somehow demonstrate humanity.

Urbasm: Sounds great. And our final question—from the standpoint of your success, what would you say are the three things that every man should know, according to Damian Chapa?

Damian Chapa: The first thing for a man to succeed is to never ever give up. And I mean never. And never listen to the negativity that people bring upon them. I have dyslexia, so every time I hear no-no-no-no, I keep thinking it means on-on-on. You have to have that kind of persistence to be successful. The people who take no for answer and walk away; they will never get what they want. You cannot listen to that. The word no, to me, is a curse word (laughs).

Damian Chapa: I don’t like hearing it. A couple of other things are to find a way to look at people in general. All of us have a judgment leader, but as a business man you have to put the personal issues and put them aside. No matter what the other person believes in, you have to look at them as if 51 percent is positive and good for me, and then I can forget about the other 49 percent. It’s got to be that way. The other thing is hard work. This is probably the main thing. And never plan for success if you want to be a 9 to 5 kind of person. You’ve got to work 13 or 14 hours per day. And there is one person who has helped me get there I’d like to mention—Gloria Kisel. She is my publicist and trust producer—she never stops working. She’s like me; we don’t look at the clock while we’re working. If you want to be successful, you have to work three times as hard as anybody else.

Urbasm: We agree by that.

Urbasm: Yes sir. Thank you so much for your time, Damian. It has been a pleasure.

Damian Chapa: Thank you, and all the best to you and yours. 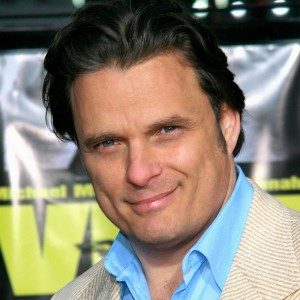 Filed Under: Culture, Featured Tagged With: actor, culture, film, interview
Recommended reads:
How To Be A Better Man
Best Men’s Sites and Blogs
Pendlay Rows – What To Know