You are here: Home / Dating / The Art of Seduction – Interview With Zan Perrion

The Art of Seduction – Interview With Zan Perrion

Zan Perrion is a romance artist. His technique comes from the core of what all women want, which is a confident and fun man. He does not preach any gimmicks to seduce women, as his natural gift is his appreciation and insight to their desires. In other words, a true player is not in the game to hurt women, but to celebrate them.

Perrion believes that all men have the capability to be seduction artists, simply because women are drawn to the way a man interacts with them, and not how he looks. So, no matter what you think you know about women… prepare to learn something new.

Urbasm: What do you think is the biggest reason that men fail at attracting women?

Zan Perrion: Well, we hear common themes in the usual answers whenever this question is posed: That men are not confident enough, not funny enough, not articulate enough, or that they have a fear of failure that holds them back. But the single biggest reason that men fail at attracting women is their perspective: They simply don’t believe they are good enough.

We always think it is only us. We think that everyone else is confident and funny and dynamic, and we are not. What we universally fail to realize is that everyone – men and women – are all just as nervous and insecure as we are! Everyone is in their heads, trying hard not to screw it up.

Men can’t imagine that a beautiful woman could ever be insecure or shy or lonely. “That can’t be right,” they say. “Look how perfect she is! She is gorgeous! Look at her compared to me. How in the world could she possibly be nervous or insecure? It makes no sense whatsoever.” They can’t grasp the notion that sometimes a pretty girl is quiet and only giving one-word answers to their questions because she doesn’t think she has anything interesting to say.

The interesting thing is that all of us have the feeling that we are faking it. We feel like frauds in almost everything we do. We go to our workplace and think, “I have no idea what I’m doing. How can they not see it? How can they not see through my ridiculous charade, that I’m faking the whole thing?” This carries over into our social life.

The thing I have said for years is this: If we could see ourselves the way others see us, we would be amazed! If we could see how other see us when we enter a room, for example—we would think, “Oh, wow… that’s not so bad!” 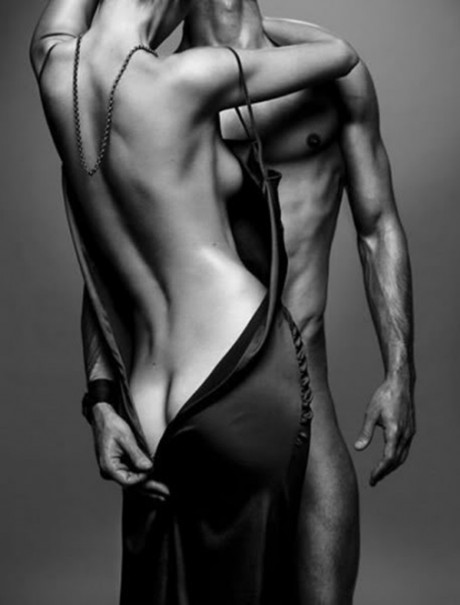 Urb: What is the mindset a man must put himself into before he can be truly “unattached to the outcome” when approaching a woman for the first time?

ZP: It’s easy for dating coaches to tell guys to remain “unattached to the outcome,” but what does that mean? How is it possible for a man who has a lack of sex in his life to remain unattached? He can’t think of anything else! His horniness consumes him and guides his actions. His frustration is all over his face when he talks to a woman. So to a guy who is lonely and would love to have women in his life, “be unattached to the outcome” is a meaningless platitude. It’s like saying you should only buy high-quality suits to a student who lives on noodle soup every day. Sure, he nods his head in agreement, and his intention is to do just that… eventually.

A better answer is to recognize our desires and our and our attendant insecurities and embrace it. To smile and say to her, “Wow, I was over there and saw you over here and I had to come say hello… and for some reason I am a little nervous, but that’s okay. Here I am… what’s your name?” The thing is, women already know if a guy is faking indifference or trying to act cool or “unattached.” And women everywhere have told me that they don’t mind at all if a guy is a little nervous. Because they are nervous too. What they do mind, however, is if a guy is acting indifferent or uncaring when clearly he is not.

Urb: Do you believe in having a wing person to improve your odds with a first approach? And are there any rules a wing man needs to follow to succeed?

ZP: Aha, an interesting question! I am not the best one to comment on this. I operate far better without a wingman! Having said that, I think it is a good thing… most men do better with a wingman. He’s a support, a source of encouragement, a sounding board, etc. But not for me. Most men, bless their hearts, tend to get in my way when I am talking to women. Even well-meaning friends. My interactions with women are low-voiced, connected, lasered-in. Just me and her. And I am usually saying highly direct and sexual things to a girl I just met, which is impossible if there is anyone else included. If another man enters the sphere, friend or otherwise, it is no longer her and I against the world. The magic is dispelled, our secret garden dissolves, the electricity dissipates. But… I think that’s just me.

Urb: Are there any tips you can share that maybe you learned recently that are not in your current course? Perhaps some advice that could be perceived as ‘between the lines’?

ZP: You know, I have been attempting to understand and articulate to others the essence of seduction and the dynamics of men and women for over thirty years. No other subject has fascinated me so much. And I spent the last ten years writing my book about women, called “The Alabaster Girl.” Well, I just finished it on my birthday last December, and what is interesting to me is that since it was published, the subject has been gone from my mind. I am surprised by this, but I think it’s because everything I know about men and women (almost) is in that book. As I was writing it – even up to the last few weeks before publication – I was a whirlwind of ideas and new concepts and thoughts, and then the moment it was published, my mind just kind of sat back and looked around for something else to consider.

I will write again, of course… I am excited to start another book. But for now, no, there is nothing new that I have been thinking about. Having said that, there are some very interesting concepts that I purposely did not put in the book. Mainly because a simple essay would not do them justice.

Urb: Is there anything that still remains a mystery to you about women? And what steps have you taken to conquer that mystery?

ZP: Great question… Honestly, not much. I have a real intuition about women I meet. And I am rarely wrong. And the women can sense this in me immediately. It might sound a little arrogant when I say that, but I don’t mean it that way. I have just put in my “10,000 hours,” I suppose, and now I know a great deal about women. I give talks quite often to women’s groups.and one of the first things I tell them is, “I know more about women than most men, and I even know more about women than a lot of women.” And then in the talk, I demonstrate that it is true. Oh sure, there are little things that are still a mystery to me, I suppose. But a little mystery is always wonderful. I never want to lose it. 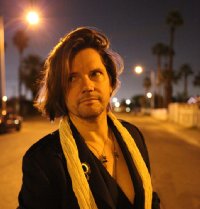 Zan Perrion is internationally recognized as one of the most original and insightful voices on relationships and seduction in the world today. A regular media commentator, he has been widely featured in the international press. Zan is the founder of the Ars Amorata philosophy–a celebration of the art of seduction, the rebirth of romance, and a lifelong quest for beauty and adventure. He is also a co-founder of the Amorati network of men. Zan divides his time between Canada and Romania and can be found at www.zanperrion.com.
Get his book here.