You are here: Home / Culture / Fakebook – Interview with the Ballsy Author, Dave Cicirelli 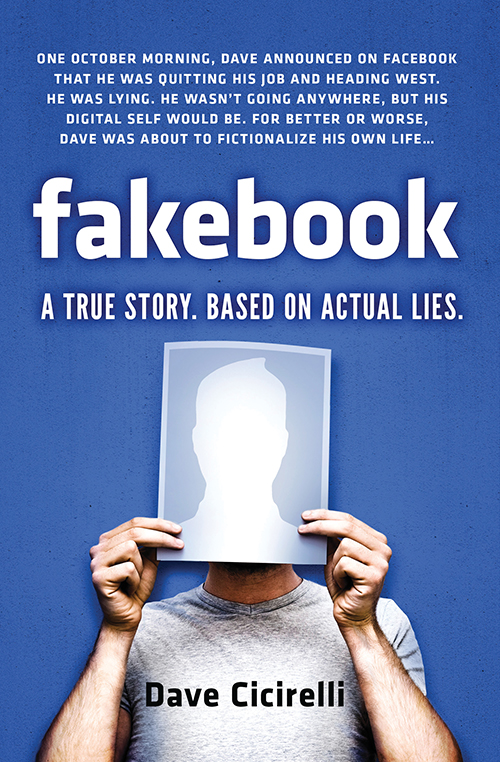 Dave Cicirelli was bored with his  Facebook  presence. He wanted to runaway from his life, and impress his successful friends with an amazing adventure that included quitting his job and heading West. He would then engage in forbidden love, toilet paper an Amish horse and buggy, join (and get kidnapped by) a cult, and cry during his first mug shot. The only stipulation that Dave had, was that none of this would actually happen.

Over the course of six months, Dave documented his adventures on the road, and something very interesting began to happen. People began to take interest in his life. His routine updates that were once ignored, were now tragic, ridiculous, ballsy, and amazing.

As Mike Tyson put it, Everyone has a plan; then you get punched in the mouth.

Dave did not realize the affect he was having on his followers. His Facebook story was motivating others to quit their jobs and follow their dreams. Did guilt overwhelm him, and force him to come clean? No, he wanted to see just how far he could take it. Six months later, Dave had accumulated one hell of a story, which has been documented in his book, Fakebook: a True Story Based on Actual Lies.

We wanted to know the truth behind these lies, and confronted Dave about his experiment. This is what he had to say.

Urbasm: Dave, what prompted you to decide to embark on this experiment? Was your intention, from the beginning, to make a profit, or was it an afterthought? 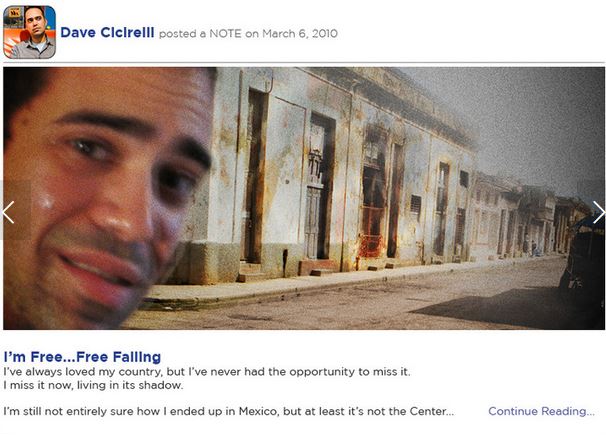 Dave Cicirelli: Very little of Fakebook was calculated. I started without any ambition beyond thinking it would be a funny and interesting thing to do. In fact, if I had any notion of the commitment I was making, I probably would have just stuck to posting pictures of my breakfast!

But immediately after started—and this is a big part of the book—I began to discovered how deeply our on and offline lives are intertwined. I found the real world impact of fake events became a really powerful lens to view all of social media. The need to write this book came from how rich and complex a subject matter I tapped into.

Profit was never my motivation. That said…everyone should totally buy Fakebook. It’s a great read and a wonderful gift for any occasion.

Urb: Did you have the entire adventure planned out before you started? 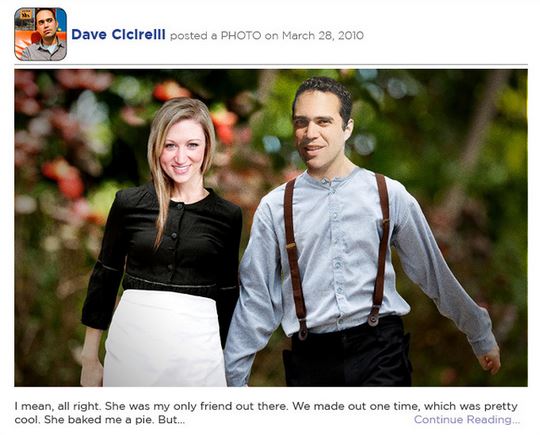 DC: Somewhere in my stack of sketchbooks is an outline for entirely different Fakebook—one I abandoned the moment an audience got involved. I was constantly adjusting things based on crowd reaction, figuring out when to push things and when to calm things down.

And also the weather—if I spent all night photoshopping a sunny day at the Amish farm, and it began to rain when I was about to post it, I’d have to change the story on the spot.

This was a very ‘seat of your pants’ operation.

Urb: You mentioned that your journey inspired others. What was the most interesting example of this (that you know of)? 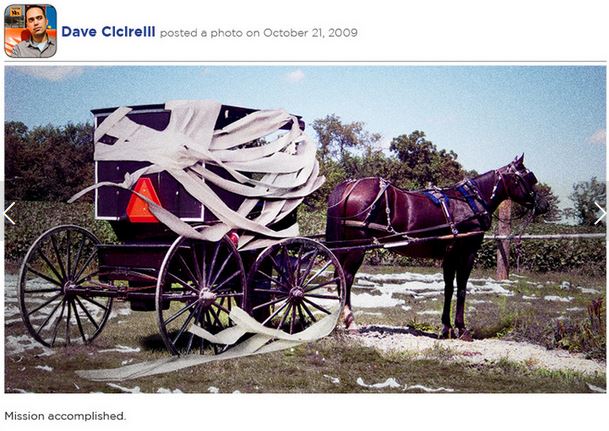 DC: Oh man… Jamie. Yeah, one of the worst moments of my life was when I got message with the subject line “Thank you.”

It was from a self-described ‘silent follower’ (read: Facebook stalker). She never left a single comment on my page but followed the story so intently that she credited for giving her the courage to walk out on her job. She moved from New York to Portland without a plan.

I immediately had an anxiety attack. It’s a bad feeling to have your practical joke be the catalyst for someone’s major life decision.

Obviously no one uproots a happy life because it looked like I was having so much fun passing out nude in the dessert after being bitten by a rabid coyote. She was clearly had her own motivation. Still, it really sunk in how real events on our newsfeed are to us—how witnessing my profile was enough to turn her escapist fantasy into a real option. 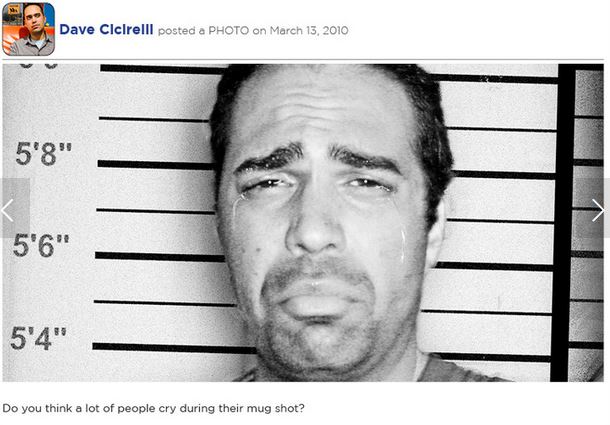 By the way, she still lives in Portland and from what I can tell on Facebook she seems happy. Then again, she could have REALLY been inspired by me, and never moved to Portland at all.

Urb: Do you feel any regret for fooling all those people?

DC: This is a tough one. I feel conflicted.

I started this in the mindset that it was a harmless joke. But despite my best efforts to make myself the butt of that joke, people still looked up to me. And if they admired me because of lies that I told, that makes me a fraud, right? I struggled a lot with that.

But here’s the thing; two people discovered the hoax as it was happening, and both chose not to blow the whistle. In fact, they encouraged me to keep it going. 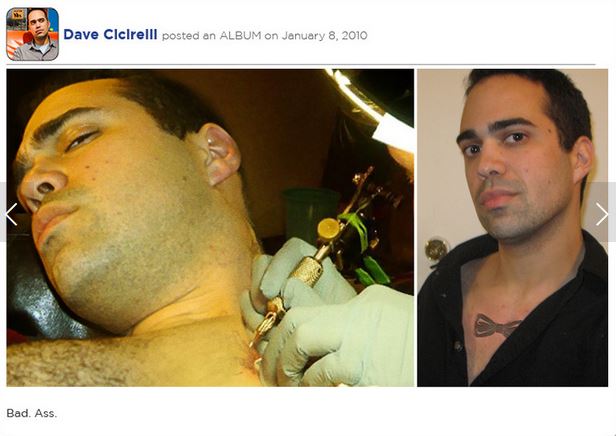 And even after I publicly confessed, people’s anger was very fleeting. A lot of people told me they miss the excitement Fakebook brought to their newsfeed, or the source of gossip it brought to their happy hours. In addition, when they looked back at their experience with Fakebook, they gained some insights into their own relationship with social media.

Or at least that’s what I tell myself so I can sleep at night.

Check out his full adventures
Then, Get his book here.

Filed Under: Culture, Featured Tagged With: facebook, interview
Recommended reads:
How To Be A Better Man
Best Men’s Sites and Blogs
Pendlay Rows – What To Know